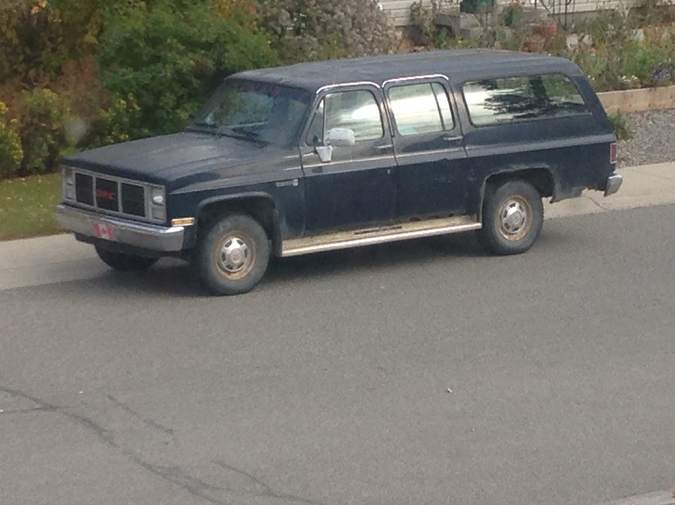 My 11-year-old son thinks Imagine Dragons is the greatest band in the world. Maybe ever. I learn about his new passion in the most disturbing way.

“Dad,” he says, “how do I get Moondance off my iPod Shuffle?”

“Now, why the fuck would you want to do that?”

(Let’s assume that was my inside voice.)

I take a deep breath.

“First of all, you’d need a really good reason. Like maybe you don’t want anything else mixed in with Talking Heads. Is that it?”

I admit: I’m tempted to reconsider my long-standing position on corporal punishment.

So, the boy’s iPod now belongs to Imagine Dragons. This band is his discovery. He likes to tell us how many millions—sorry, billions—of views their music videos have on YouTube. He shares “interesting” details from the lead singer’s Wikipedia biography. On family road trips, he even assumes that his pop crush has an equal claim to airtime. When we relent, I notice the way he studies me and my wife and his older sister. I watch him in the mirror. He looks so hopeful. Almost anxious. Which I understand. Because it takes me back.

More than a year, more than a novel. It’s also an album—one that contains everything a certain pre-pubescent boy could ask for. Specifically, “Hot for Teacher,” “Panama” and Van Halen’s number one single, “Jump.” The latter is possibly the biggest song of the year for which the album is named. But my square parents could care less. They’re oblivious. Our brown Suburban is a mobile home for Barbra Streisand, Olivia Newton John, Roger Whittaker. Some of my parents’ music is tolerable—ABBA and Fleetwood Mac—but it will never be mine. Not like the prized cassette of 1984, which I bring along when we drive to our cottage one weekend.

Maybe it’s the beer or two my Dad has on board. Or maybe he’s just in an exceptional mood. The tape clears the first hurdle—into the front seat. Miraculously, it clears the second hurdle—into the tape deck. By this point, I already feel like I’ve won the lottery.

Only, it gets better. One minute and seven seconds later, the spacey instrumental of the opening track resolves into the synth line of “Jump”—and Dad’s hands fly off the steering wheel. They begin to dance in stereo, darting left and right, twirling and fluttering, out of control. He’s steering with his knees, and I can hardly believe my eyes. Is his head, with its short-short hair, actually banging? We’re not in Streisand Country anymore; David Lee Roth has taken over. By some miracle, Dad manages to keep the Suburban out of the ditch. He even survives Eddie’s obligatory guitar solo. This is pure gold. Adolescent magic.

So, when I catch my son gauging my reaction to his new favourite band, I understand what he’s after: the thrill of knowing that something from his musical universe might have the power to break into mine—to resonate, to be validated—for even a few precious miles. It’s a gift I would love to give him. I honestly would.

But, seriously—Imagine Dragons? Could I actually be that good a father? I hope so. One day.

Drink: A Labatt Blue stubby, pilfered when the grown-ups are too drunk to notice.