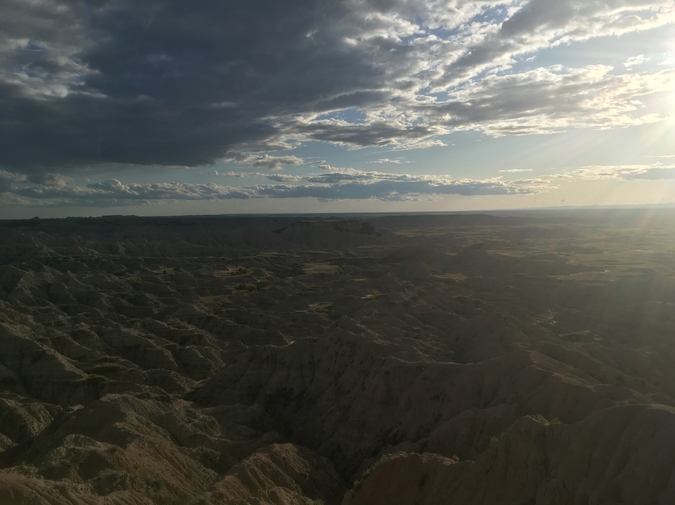 Thunderstorms form in dense, towering vertical clouds. The necessary factors for a storm to develop are moisture, rising unstable air, and a lifting mechanism. A single bolt of lightning is five times hotter than the surface of the sun(!).  The heat causes surrounding air to quickly expand, producing a sonic wave that we experience as thunder. The life cycle of a thunderstorm includes three stages: 1) the developing stage; 2) the mature stage; 3) the dissipating stage. It is common for children ages 8 to 12 to develop an intense fixation on weather patterns. Although less common, it is not unheard of for such fixations to last well into adulthood. The fear of lightning and thunder is called astraphobia; there is no name for the love of lightning and thunder.

At any given second, roughly 2,000 storms are in progress around the globe. Each year, there are around 16 million thunderstorms worldwide, and something like 100,000 in the United States. These numbers are inexact, in part because, at present, the National Weather Service does not employ a team of meteorologists whose sole responsibility is to keep an accurate count of the precise number of thunderstorms occurring per year, presenting a serious gap in meteorological study.

Should the National Weather Service establish a thunderstorm-counting initiative, candidates should be sought from all walks of life, and should not be barred due to a lack of traditional meteorological experience, or, for instance, a bachelor’s degree. It would be best if these meteorologists could work in pairs, in rotating six hours shifts, for example, during which they would monitor weather systems across the globe, cataloging thunderstorms as they appear. (I’m picturing tallies on a chalkboard here, but I understand this may be unrealistic). Meteorologists would need to take precautions in order to ensure that they are not accidentally counting the same thunderstorm twice. Not to be too prescriptive here, but each team would need to develop a system.

To encourage community and to help them maintain focus, the meteorologists should be required to live together at the office, which of course would be some kind of high-tech underground weather bunker, or, the more that I think about it, a lighthouse, as it would be a bummer for the meteorologists to be stuck underground where weather does not occur.

It should be noted that it may take time for the meteorologists to practice vulnerability with one other, as it’s likely that this would be the first time that many have formed adult friendships. Over time though, a shared history would unfold. A single stolen glance between two meteorologists could come to carry an almost unbearable significance, and even the rivalries and petty grievances would feed into a sense of community. For fun, off-duty meteorologists would play Checkers and Mancala and drinking games. Never have I ever experienced ball lightning in person, one might say, laughing. Never have I ever felt seen the way I do here.

For the most part, meteorologists would be conservative regarding their consumption of food and alcohol, both out of reverence for their work, and a desire to limit excursions into town. But when thunderstorms form above the lighthouse and the windows are pelted with rain, this is when they would really let loose. They would run down the spiral staircase and take shots of Jameson and dance outside on the beach together, waving their arms when they see a flash of lightning and making whooping noises at each sonic wave. These moments would feel wild and precious, and after the storm has passed, the meteorologists would remind themselves that they should try to be present for the quieter moments, too, that these are the best days of their lives, that they are going to miss this.

It is likely that some meteorologists would form deep intimate attachments with one another that go well beyond friendship, beyond anything they have ever experienced. Two meteorologists may find themselves up late at night sharing stories about the best thunderstorms they’ve ever seen, the earliest storms they can remember, stories they never thought they’d tell anyone. I imagine these meteorologists laying on the sand, staring up at the sky even if it is not thundering. “It’s really something,” one might say, “how the sky shifts like this. Like it’s alive,” and then the other might say, “Like we’re living inside of something.” It would be perfect if a thunderstorm could begin right then, but of course, that kind of thing only happens in movies, and besides, it’s past midnight in this hypothetical scenario, and although they can occur at all hours, thunderstorms are most likely in the afternoon and evening. Nighttime storms, when they do appear, are typically more extreme, often producing hail, flood rain, and destructive winds.

On average, thunderstorms last between thirty minutes and one hour. The dissipating stage begins around the half-hour mark, when the downdrafts begin to dominate the updraft.  I always wish thunderstorms would last  longer. During their final days participating in the study, the meteorologists would wish that their time together could go on a little longer, too. Weeks, months, years after it’s over, after they’ve returned to their old lives of clear skies and static atmospheric pressure, the meteorologists might look up at the night sky when they feel alone, and in doing so, they may remember that others are out there, too, that they are not single-minded or unlovable, that all things are possible. Gazing into space, they may even remember that thunderstorms have been observed on Jupiter, Saturn, Neptune, and Venus, and that the existence of thunderstorms on other planets is just one of many indicators that so much remains uncharted.

Chris Vanjonack is an M.F.A. candidate at the University of Illinois at Urbana-Champaign, a reader at Ninth Letter, and a former language arts teacher from Fort Collins, Colorado. His fiction has appeared in One Story, The Rumpus, Quarterly West, and elsewhere. Read more stories at chrisvanjonack.com and follow him on Twitter @chrisvanjonack.