Your Father Devouring His Short Stack 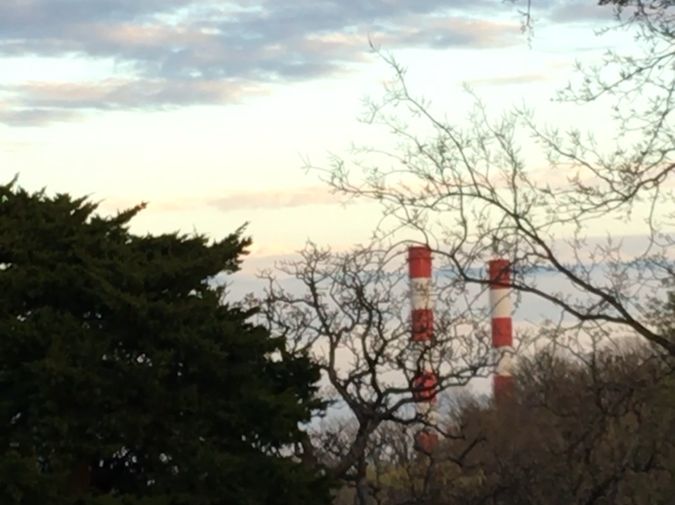 He had a disciplined approach to all things that surely came from the military. For breakfast it was always two hard boiled eggs – you imagined he swallowed them whole – but on the road, he allowed one indulgence: a short stack of pancakes.

Even this he tackled with exacting precision.

You sat across from him at a diner off Highway 9 where cracked olive vinyl lined the booths and family photos from Dust Bowl-era-Oklahoma hung like totems. You were headed to a youth basketball tournament in Bowlegs, and he was explaining why he hadn’t allowed you to sleep over at Mark Wayne Reynolds’ last night like most of your teammates had.

“It breeds sloppiness,” he told you as he coated each pancake with a thin slice of butter, delicately raising the top layers with his fork to make sure each received its proper proportion. He spoke of determination, dedication, focus. Those life lessons athletics were meant to impart, but only if you, a ten-year-old, approached the games with the proper mindset. Otherwise it devolved to nothing but grab-ass.

Mark Wayne claimed he had a copy of Terminator 2 they’d watch once his parents went to bed, and as your father moved to the syrup, lacing the short stack in a latticework design, you tried to imagine the untold mysteries of violence surely revealed to your friends. Then came the fork and knife: dissecting the mound in four vertical lines, followed by four horizontal, leaving twenty-four pillars of equally lathered pancakes. “Watch,” he said and stabbed the tines of his fork into the nearest column, “your teammates won’t be as prepared as you, and it may wind up costing you victory in the end.”

His point made, the pancakes disappeared in less time than it took your father to prep them. The fork moved from one column to the next as if the pancakes were disappearing dominoes. He asked if you were finished with your eggs as he counted out the cash needed to avoid waiting for change. Then he downed his remaining coffee in a single, imperious gulp.

The tournament was held in an oversized Quonset hut that served as the middle school’s gymnasium. It was early June, the humidity already reaching oppressive levels, and it was immediately discovered that no one had been in the bathrooms since school let out in May. Meaning: no one knew about the unflushed turds and urine left in the boy’s room, and now, hours after the first offendee had forced himself to the toilets, the stench still permeated the gym like the unwanted, uncensored holiday guest.

Mothers lingered outside with strands of hair pressed to their noses to seek refuge in the scent of shampoo. Fathers roamed and debated over solutions. Your teammates, meanwhile, made comic, competitive displays of holding their nostrils with thumb and index finger while prancing across the court on tip-toe as if the rank were a concrete, glutinous foe. Still feeling a little left out and enjoying the camaraderie of the performances, you had just begun to try your own rendition when you caught sight of your father.

He sat on the top row of the modest bleachers, hunched forward, palm on one knee, elbow on the other, casting a reproachful pose with his sutured brow looming above those eyes that filled you with a panicky urge to grab a basketball now that you’d been caught falling for stupid-ass whimsy.

You’ll think of this moment years later while at a house-warming party in Gowanus. Another niche carved out in ever-gentrifying Brooklyn. You and your wife will be the last remaining guests, the nightcap consisting of her spotting an art history book used for decoration and collapsing into a loveseat to make use of the double major she’s found no outlet for after college. In a previous year it would’ve annoyed you, the lingering, the drunken meanderings, but now your marriage is ending and you’ll be filled with nostalgia for these few remaining moments slowly slipping through your fingers.

The tome will fall open to Saturn Devouring His Son, and your wife will be taken back to somewhere deep in her own memory. Can you imagine? she’ll ask, seemingly to the hosts who gather around in curiosity, only slightly annoyed by the hour, but you know the question is rhetorical – that she’s locked in her own creative musings. She continues on about the lighting, the obfuscation, the way Goya draws the attention to Saturn’s expression, his eyes. The agony. The terror.  The insanity.  The eyes that have to hold the wrath of God. And you’ll be swept up in thoughts of how you took all that determination and dedication and focus and fled as soon as you could. First to Nashville – the years blurring away in rebellion – followed by Pittsburgh and on to New York where you’ll wake one morning and realize you tried to approach the fight to save your marriage as if it were a basketball game, how you’d somehow seen Meg as an opponent instead of a partner. But by the time you came to this realization it was too late. Because it didn’t matter how committed or dogged or staunchly resolute you were in the faith that it was all a matter of your own will. Because she wasn’t a ball you toss through a hoop. Because she had moved on.

Before the night ends, you’ll slip back one more time to the Quonset hut in Bowlegs that reeked of fermented piss and shit and innocence and fear. You won the game that morning. But as you peek over Meg’s shoulder while she lectures about Goya, you won’t remember any of the details or the exact scent that threatened to overthrow the established order. Only those eyes: the feeling of being surveilled, discerned, and the pulsing dread of what would happen if you didn’t turn and run.

Geoff Peck's writing has appeared in Cleaver, Aethlon, and Corium, among others, and he was nominated for Best New American Poets after winning the Thomas McGrath Award from The Academy of American Poets. He received his PhD in English & Creative Writing from the University of North Dakota and MFA in Creative Writing from the University of Pittsburgh. Currently, he's an Assistant Professor of English at the County College of Morris and Associate Editor of the Journal of New Jersey Poets.