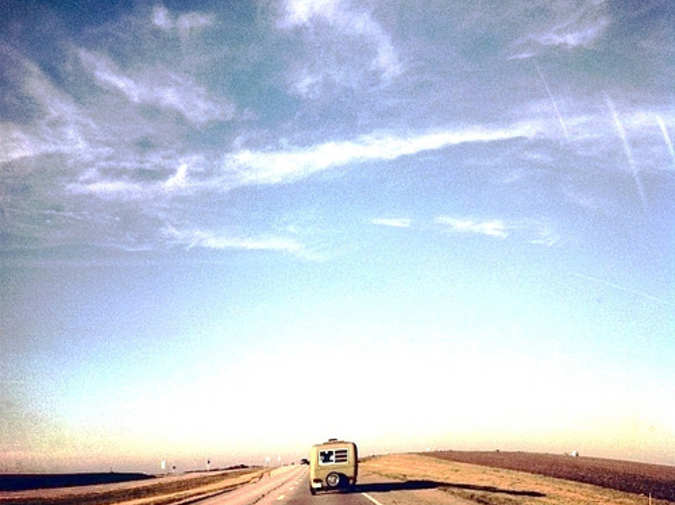 Matthew Savoca has placed himself as a poignant voice in the school of transcendental deadpan writing. Penning poetry, and now prose, which prominently feature nature and domesticity as themes he has established a solid internet presence with writing that is at once mundane and spiritual, hopeless and redeeming. He has previously published Field Mice, a meditative collection of thirteen poems, and long love poem with descriptive title. In 2011 he collaborated with Kendra Grant Malone on Morocco and on April 9th he released his first novel I Don’t Know I Said on Publishing Genius Press.

I Don’t Know I Said has received effusive praise from Michael Kimball and Scott McClanahan among others. It is a novel that alternates between breaking your heart and showing you the small beautiful things which exist in the everyday world. It examines the thousand angles of death and confusion and pent-up emotions that lesser works fear to mention. Beautiful and terrifying, comforting and aggravating I Don’t Know I Said is sure to win fans of Savoca’s powerful style.

I got a chance to correspond with Matthew about his latest work and he has included some suggestions for music which he feels resonate strongly with the novel.

(Editor's Note: Hobart will feature some new poems by Matthew Savoca on May 27.)

On the time line of creating I Don’t Know I Said and what he felt while writing it.

The first version of the book took about two months to write, in the beginning of 2008, and then I kind of lost interest in it for about a year and in the beginning of 2009 I started working on it again and ended up with the second version of the book. That took maybe another two months. Then I spent a year editing it, just adding stuff and taking stuff away and making it make more sense. In early 2010, I sent the book to Adam at Publishing Genius.

I honestly can't even remember if I felt anything while writing it. Maybe excitement over thinking that it was really good. Because I always feel that way when I'm writing something down. That sort of delusional confidence in what you're doing. Like the track and field runner who convinces himself he's the fastest man on the planet, then comes in sixth place. That's what it feels like, because later when I look things over I know it's shit so I start editing it and immediately make it worse, but if I just keep doing it long enough, I eventually make it better.

I wanted to tell this story in the same way I tell stories in regular everyday life. And usually I start right away with the heart of what's going on, and then kind of fill in some backstory, because if you start with the backstory, then it's not really interesting. I mean, really, to tell a story about anyone from the beginning, you should start with their birth. Or, actually, you should start with the Big Bang or with God creating Earth, or with Lucifer turning from angel to devil, or whatever you believe was the beginning. To me, the beginning of the story here is Arthur and Carolina returning from a sort of failed trip and then what they do out of that. So that's where it starts and then the book fills in some little backstory that helps set their frames of mind. I wanted the book to have the feeling of starting and stopping and starting again, which the characters do a bunch of times. But you've got to get people interested in the beginning. You've got to say, "When my dog Buster died, I didn't talk to anyone. I bought a pack of cigarettes and smoked a few until I got sick." Then you go on with it from there.

On music in IDKIS and the songs in this interview

There's mention of a lot of those artists in the books as stuff the characters were listening to. Leonard Cohen and Joni Mitchell specifically. I think I was just listening to a lot of Leonard Cohen back then. And the road trip the characters take was based off an actual road trip, or a couple different road trips I've taken kind of all mashed together and changed around to make sense, and a lot of the songs I listed were things I remember listening to on those trips. Like the lightning storm part of the book. That part actually happened to me and while it was happening, I remember very clearly listening to the Mountain Goats.

It's hard, right? You want to be with people and you want to be alone. It's easy to be alone, but it's fun to be with people. Bathrooms are the greatest places because you can go there and be alone, because you're supposed to be alone there, so no one thinks it's weird that you are going off by yourself for five minutes. If you just walk off to an empty part of a room people are like Why is that guy just over there by himself? But if you say I'm going to the bathroom, people respect that. Everyone loves the bathroom. I go there often and just sit down and do nothing. Just for a few minutes. It's hard to do nothing in other places. But doing nothing is one of the best things you can do in this world.

Did he have any intentions for the tone of Arthur and Carolina’s relationship?

No, I didn't intend anything really. That's the great thing about writing. It doesn't cost any money so you don't have to be careful. I just wrote what was there in my head page to page and it developed into whatever it did. I try not to do too much. We have a saying in the construction business that goes "Mess less." I think that applies to everything. Mess less, get it done, bam there it is. There what is? How should I know? I don't know any better than you do why they stay in the relationship. But isn't it impressive? Maybe I'm just a sucker for extended storylines. Have you ever seen that comedy bit Kristen Shaal is a Horse (http://www.youtube.com/watch?v=Lvd6MBsiDBo)? They go on so long that you hate them, then they keep going and you admire them.

It is definitely something that's hard to put into words. But it's in life, you know? It's all throughout life, this thing that is somehow in all the things you've ever done or heard about being done or whatever you're doing now or what you will do in the future, or what anyone will do. Stories, by nature, just have that in them. That's what stories are. If you just tell a story the way you want to tell it, really how you want to tell it, then all that good stuff will be there in the end without you even having to do much.

On his plans for upcoming works

I don't really have a plan. I just like telling stories. I try to take things week to week. That's how I try to do life too. One week at a time. Jesus said Don't worry about tomorrow, tomorrow will worry about itself. For today has enough troubles of its own. I like that a lot. I don't have a writing practice or anything like that. I just let things happen naturally in my soul and when I feel like writing something down, I go get right into it, or if I'm in the car, because I drive a lot, I'll record myself speaking it and then I'll transcribe it later. I do have a book of stories that will be coming out from Holler Presents either late this year or early next year.  It's called Why I Hate Nature and it's basically an autobiographical collection of regular everyday stories I tell people from my life up until age 30. I'm pretty excited about that.

Sam Moss lives in the Pacific Northwest. He is working on a novel called Basic Analysis, is a writer and editor for NADA (nadadadamagazine.blogspot.com) and blogs at perfidiousscript.blogspot.com.