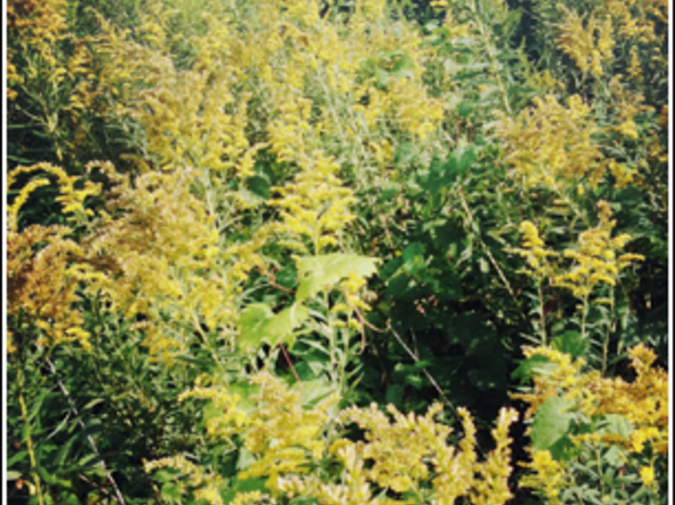 On the last day of her life, my grandmother woke up, went into the bathroom to brush her teeth, and looked into the mirror to discover that she was bald. Oh! she said. That's a fright. This won't do at all. My grandmother took great pride in her appearance, and she'd had her soft white curls washed and set every Friday for the last forty years. Once a month she'd get a permanent. Oh! she said again, and feeling herself wobbling, she sat down on the edge of the tub. At the hospital, she remarked that she'd felt grateful she'd remembered to close the bathroom window the night before, because that morning she felt as though a strong breeze could have blown her right over.

I've lost my hair, she told the doctors and nurses. Her baldness was very clearly her only concern. They explained that she had a condition, that it wasn't uncommon, that they were going to run some tests but that they expected to release her before the end of the day. Yes, but what shall I do about my hair? she asked. The suggestion of a wig was not the right answer.

One of the nurses practiced acupuncture on the side. She explained to me and my dad that this kind of hair loss is a wind condition. A very strong wind! my grandmother said. We laughed. She died before the end of the day. Old age, the doctor said, maybe a stroke. Hard to know.

When we went to her house to choose an outfit for her funeral, I saw my grandmother's hair. It was fanned out in her head shape on her pale pink pillowcase, a halo, an abstract painting, and it was no longer curled, but pin straight. I thought of what the nurse had said about the wind thing. I imagined it blowing through the container of her this way, strong enough to push out her hair at the root. I imagined it picking her up and carrying her off on a spectacular aerial tour of the world that would last exactly long enough for her hair to grow back, gently setting her back down in the beauty parlor, where she'd get a wash and set and tell her girl about her marvelous trip.

Elizabeth Crane is the author of three collections of short stories, When the Messenger is Hot, All this Heavenly Glory, and most recently You Must Be This Happy to Enter. Her work has also been featured in numerous publications and anthologies. She is a recipient of the Chicago Public Library 21st Century Award, and her work has been featured on NPR's Selected Shorts and adapted for the stage by Chicago's Steppenwolf Theater company. She teaches in the UCR-Palm Desert low-residency MFA program. Her debut novel, We Only Know So Much, is forthcoming in June.