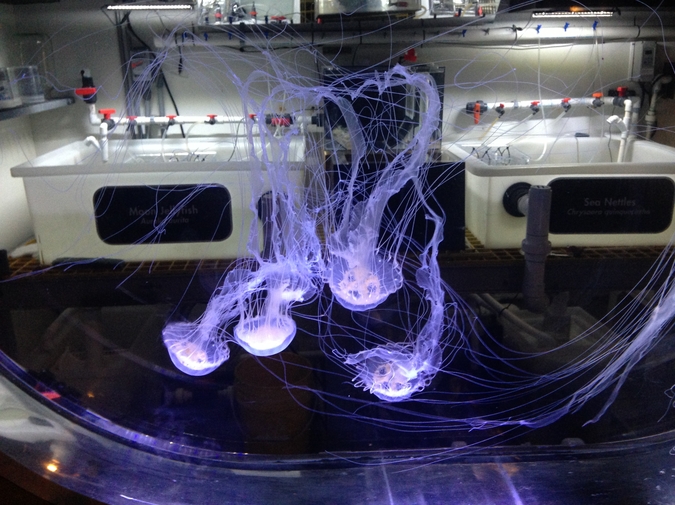 Maybe you are studying to be an astronaut. You may be the first to orbit this globe, show us what we look like from above. If so, you will learn what I have discovered. Gravity bends light. Gravitational attraction between masses results in a warping of space and time. Free fall is identical to inertial motion—being pulled by gravity is indistinguishable from being acted upon by no forces. Will you think we look like blown glass, an uncrackable sphere? Maybe you work in a brothel. If so, you know that matter is energy. The tangible, tactile, is equivalent to that buzz, that force. The corporeal corresponds to the hum. People stop me on the street and ask me to explain “The Theory.” Instead of saying, “Energy equals mass times the speed of light squared,” I respond, “I am always mistaken for Professor Einstein!” and flee. They are asking how to access the energy inside of them. How to turn bodies into pure light. The same reason they come to you, if you are there. Maybe you are a trapeze artist. You know without words what I know through symbols—in motion, time dilates and length contracts. When you fly through the sky you feel small and everything slows. Maybe you have become religious. Maybe you wish what I wish—me, a nonobservant Ashkenazi Jew—for the universe to be eternal and unchanging. But the speed of light is the only constant we have. Everything else alters to accommodate that.

Did you attend Catholic school, like I did? Do you know you are a Jew? German and Serbian? You were a mistake we made, before we knew we’d go on to make more mistakes. Are you good at figures? Your mother was the only woman who studied physics and mathematics at the Zurich Polytechnic. You have been called Lieserl, Erzsebeth, Erzsike, but I have decided the best name for you would be Tzvipora. Bird. We wanted you. We wanted each other. Children do not want to know of the sex their parents had, but the tryst by the lake, the weekend you were conceived, was the happiest I have ever been. I was poor and jobless. Unmarried. I thought I had time to make a home for you. But the job at the Patent Office, not teaching, all I could find—they would have fired me. Scarlet fever ran through the orphanage. Crimson skin like sandpaper. I asked and asked and finally they told me you did not die. You were not ruined. You still had your wits about you. They would not will not they won’t tell me who took you.

Some have said you were handicapped and that I could not abide, that’s why I gave you away. But your mother, the truest love I ever had, she was handicapped, walked with a limp, deformed hips I kissed and kissed and kissed. You brother, his mind is not right, but he is dazzling. I do not believe in eugenics. I believe in genetics. I am certain you are brilliant. This is not arrogance—your intelligence is equal parts from your mother as from me. I did not give you away because you were a girl.

I am a pacifist. I am a vegetarian. I am a member of the NAACP. I was offered the presidency of Israel, but I declined. I was shortlisted for Time Magazine’s “Man of the Year” but Adolph Hitler beat me. He put a bounty on my head. I helped build the bomb. I said we should not do it. Had I not done it someone else would have. I carry a replica of the compass Galileo designed. I would will it to you. The electromagnetic field cannot be explained by Newtonian mechanics, so there must be a higher theory of gravitation. I have found part of it, and fear I will not have time to find the Unified Field. I believe it is tasteless to prolong life artificially. My ashes will be spread in an unknown place. They will take my brain from my body and study it but they will learn nothing.

My life’s work has been to prove, and I have, that there is no such thing as absolute rest. Time and space change depending on what you fall around. You and I are falling around the sun. We are in the same frame of reference. Taken to its logical conclusion, quantum mechanics says that particles affect each other’s behavior, no matter how far apart they are. They’ve called me senile because I do not believe the world can be as strange as they say. I don’t believe in this spooky action at a distance, measurement of one particle fixing the conduct of the other in an instant, even when light years apart. I remedied Newton’s calculations at extremes of speed, macro; scientists are trying to remedy Newtonian mechanics on extremes of scale, micro. Very fast, very small—and that is how my life seems to me now. I do not know how far you are from the country where I now live. They call it quantum entanglement. The day I handed you to a stranger, you were less than two years old.

They have said that giving you up let me have my “miracle year.” Annus Mirabilis. Me in 1905 a repeat of Newton in 1666. They do not know that all my furious work is an atonement.

This is what I know to be true: I should have shamed myself to keep you.

A friend had a handicapped child. He asked if he should cease his scientific work to care for his son. I said he should not. He sent his child to an asylum. Years later, my friend went to the asylum and shot the son he considered to be deformed in the face, then shot himself in the head. I am not the reason he did this. I am part of the reason he did this. I told my friend Ehrenfest not to care for Wassik because valuable individuals must not be sacrificed to hopeless things. Neither wife of mine—no one—knows what I told him. His son had Down’s Syndrome. Have you met someone with this disease? They are much more able to love than I am. They hug me not because I am the most famous scientist on the face of the earth, but because they like my hair, because they like to hug. The science my friend did is no better for the world than raising a happy child. I was wrong. Nothing is ever hopeless. I gave you half of who I am. If I did not create you, you would have been created. Your mother and another, so not me at all. Myself and another woman, so you still half of me. The math of what I made, of what I’ve done, is baffling.

Walking through the market today, I was certain I saw you. My hooded eyes. Your mother’s timid smile. You are fifty-three years old. Beautiful. And I knew—you are a baker. Recipes your math.

You ceased your singing—something your mother never did, something I never do, which gave me hope—and you said hello. Can I help you? You said, “Do you have any questions? I make every loaf myself.”

You blinked those eyes, mine, improved, above such lips I have not seen in years, and said, “I like to nourish strangers.”

There was no ring on your finger. I love the laws of the universe, the God who made them, more than the God who intervenes in our lives, who makes bodies. I want you to be me and better than me. There is no ring on my hand, long into my viduity. Giving you up poisoned me and Mileva. We got what we wanted—two legitimate children—and then we didn’t want each other anymore. Elsa is dead, my second wife. Gravity is not what makes us fall in love. If it were we would stay in love, as long as we stayed in the same frame of reference. You said, “I would be honored to feed you, Professor Einstein,” you whom I never fed, whom my wife fed with her own body, then you turned away, to let me look without being watched.

Today, I stole your bread. I have not eaten much for days. I picked up a loaf, dark, heavy with nuts and seeds, then turned and walked away. You kneaded this dough, put it in a small, hot oven, and it leavened. I wanted someone to say, “Stop! Thief!” I wanted to be chased, cuffed. I wanted to be found out. Everyone let the doddering old man wander off with his bread, the forgetful scientist who certainly could pay but did not. I sat in my bright kitchen, cut jagged slices with a serrated knife. I smeared a thick layer of creamy butter right to the edge. When I lifted the slice it oiled my fingertips. I ate four pieces of bread, then one with blueberry jam. I drank a glass of milk and felt full and then washed the stickiness from my mustache.

Someone will carry these epistles to you. I do no think I will be going out again. I did not cover the loaf and after I sign this letter I will check to see if it has already started to harden.

Erin Stalcup’s short stories have appeared in The Kenyon Review, Kenyon Review Online, The Sun, and elsewhere, and she has creative nonfiction forthcoming in The Laurel Review and STIR. After a decade of teaching in community colleges, universities, and prisons in New York City, North Carolina, and Texas, Erin recently returned to her hometown of Flagstaff, where she has joined the creative writing faculty at her alma mater, Northern Arizona University. “Why Things Fall: Einstein” will be published in an anthology to benefit the Narrow Chimney Reading Series in Flagstaff, and NAU’s literary magazine, Thin Air. Erin is the Co-Editor of the literary journal Waxwing: www.waxwingmag.org.