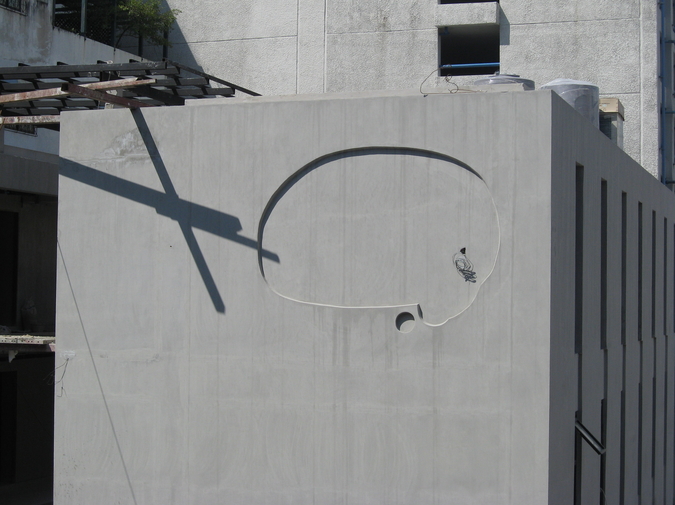 As a child she resolved not to learn. She had an uncle who whistled in barking jags of notes that hurt her eardrums. She remembered shrieking in response, wrapping her head in her arms. He would stop, apologize, then absentmindedly continue. He soured her on the act.

At 32 she whistled for the first time and was alarmed by her talent. She began by whistling with familiar songs—at first just the melody, then through the song itself. She performed solos where none had been before. She called after birds, but they didn’t notice her yet. People on the street stopped and praised her talent. You should enter a competition, they said.

So she did. First in beginner’s matches, where the other contestants whispered about her age—serious contenders began at 9, peaked at 15. A 32-year-old was a deflated veteran, fallen to whistling at state fairs and corporate retreats. But then the woman performed and her peers and judges were forced to acknowledge her talent.

She found a coach who fixed her slack embouchure and taught standard lung exercises. She inflated industrial sized trash bags and then ruptured them with a final blast of breath. At the mid-level competitions she buried girls less than half her age. A lung infection halted training—her doctor warned of collapsed alveoli, a scorched bronchus. The doctor advised complete silence for 2 months. She was back competing within a week.

She fired her coach just before her first world championships. She gained a stack of medals she kept in a dresser drawer under her socks. Endorsement deals and recording contracts followed. She hired an agent and established a minimum fee in the low 6 figures.

She barely had to utter a note outdoors and birds would come and flutter through her hair.

She met a young man who didn’t recognize her from the press. She explained her profession on their second date and he admitted that he was tone deaf. He came from money (a family built around artificial heart valves) and made even more of it with ease, almost absentmindedly. He told her that he loved her after 2 months and they were married 2 more after that. The effortlessness of the whole thing awed her.

She swept the next 16 years of bouts and competitions, a total of 4 world championships. Children were impossible on several levels—they didn’t want them and he was incapable. She whistled the “Jewel Song” in a Metropolitan Opera performance of Faust. It was the first time it hadn’t been sung. The traditionalists were astounded—even they agreed that it was better off without words.

In Munich, near the end of a solo exhibition. Her left hand was extended and she held a long, high E. She halted mid-note—her lips slammed shut around the tone and she was unable to open them. Her hand dropped. She bowed to the audience and left the stage.

The next day she publicly declared her retirement.

She turned 52 and he turned 40. He quit his job and they took up sailing. The only expulsions of her mouth were short, unpitched words. They went around the world, kept no correspondence, moored in Venice for a week of repairs, salvaged an antique wardrobe from the middle of the Atlantic, observed the arctic sun hanging on the horizon for hours.

After 3 years at sea they docked in San Francisco and did not see each other for 10 more after that. Near the end of the journey her territory was the bow, his the aft. They had mapped out the limits of their attraction.


She was living in Arizona when he came to her. Despite her accumulated wealth she lived in a large mobile home at the edge of a desert. He knew her well enough not to have to ask why. He made a quick presentation of his body and pointed out the 8 tumors, differentiating between the many malignant and few benign. He explained that the doctor sized them by types of fruit: grape, strawberry, apricot, peach. That night he failed to sleep on the couch for an hour before she pulled him up and into her bed.

He expressed confusion over the ownership of his disease—he didn’t know if they were his tumors or just the tumors, unaffiliated. It was a question of boundaries, he said. She found an uncertainty caverned inside him. His eyes would clatter while he searched for words: Sonoran, he, Helen. For her it was the opposite—when she looked out at the desert her mind was like a stone, and she learned how to keep that feeling.

He told her in the morning he had no desire to see his life through. 6 to 8 months, he said. He told her what the end would be like and asked.

So she pulled his head close and kissed his forehead. She pressed her mouth hard on his skin, hard enough to open a sealed space between her lips. He closed his eyes. She exhaled and her breath left her mouth and entered him. She shot a hole right through to the other side.

Despite her absence from public life people remembered her when they heard the news—on television they saw his body wrapped in a green sheet being carried from the trailer. Even the most conservative news outlets described the act as mercy and could not keep from constantly, unashamedly using the word love.

William VanDenBerg lives in Denver, Colorado. His work has appeared in Caketrain, LIES/ISLE, elimae, and others. He can be found at wvandenberg12.wordpress.com.