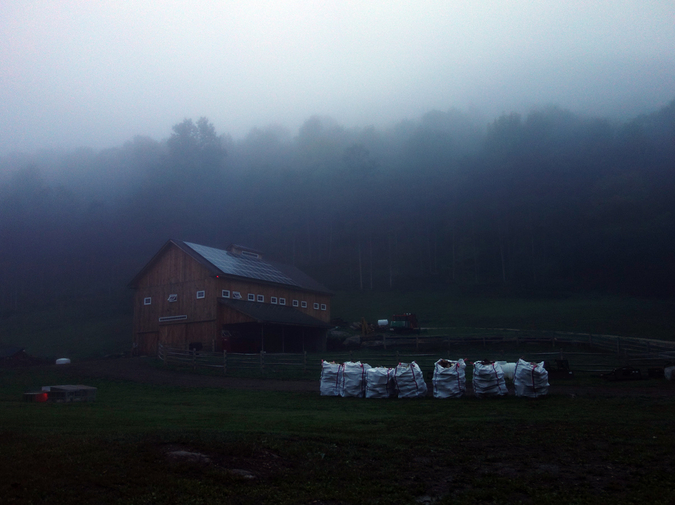 With my inheritance I buy duck prosciutto and rent vacation homes on beaches and mountains. From the wine rack I pick the old-vine Riesling and calculate down payments on remote cabins and purchase at full price two soft grey pairs of Calvin Klein sweat pants, drawstring. Somewhere comes the acquisitions of a bottle of port, a leather notebook, a dinner of oysters and small craft porter, then maxing out my IRA for the fiscal year and donating to dog rescues and buying stock in real estate securities and the purveyors of my favorite soy milk. My younger self would not recognize my motherless self.

On the beach by the rented cottage, I recognize a red-tattered rib cage, a gift from high tides and this disjointed year. My big brown Labrador sniffs into the missing heart, barks at the horror of flies and rot, repelled and curious.  “Get it,” I tell him, just so I can watch him down-dog and growl, watch his wolf fur prosecute his back, watch his paws litigate the sand in a circle around loss. A good dog is lawyer, judge and jury, so I take his executioner cue and move on to where there is an unexpected tennis ball and coral so red it could taste like sour cherry ale.

Wedding-cake mansions pollute the bay with security lights and surveillance signs. Even with an inheritance there are places I can’t afford. It’s all trespassing from here on out. A student this semester asked me to guess the country of his accent, and when I guessed wrong (Spain instead of Palestine), he wagged his finger in my face and told me English professors should know accents. I wanted to tell him what it felt like to have an 18-year-old boy tell you how to do your job during the year when the person who created you is ashes. Instead I made sure he dropped the class after midterms, the finger bones of failing grades pale after his name. Trap me and I’ll trap you.

Also on the beach by the rented cottage, my friend and I find the back legs of a deer. Relative of the rib cage? There is no way to know. The hips and thighs have been water-beaten to the blue bones, but the calves down to the dainty hooves are thick with pelt. The opposite of cremation. We joke about who killed the satyr. This is the thing we were meant to find and it’s a relief, given the things we have to find.

“Watch for the Sika deer,” said the man who owned the cottage when I called for the address last week. He sounded like David Lynch yelling in “Twin Peaks.” “Little deer, size of Dalmations. All descendants of survivors from a Japanese shipwreck.” His story was fishy and the Internet told me the Sikas, which are miniature Asian elk who look like Comet and Cupid, Donner and Blitzen, escaped from a ranch in Maryland. I liked the shipwreck story better.

Now I don’t know if the legs and ribs are Sika. I always have to whisper “satyr” to myself before I say it aloud, to make sure I have the pronunciation. I’ve never had a student tell me what I should know. I’ve never lived a year with a lost parent. “Are you feeling OK?” is something people ask me all the time now. I feel like Darwin, like loss gives me license to subspecies you. I feel like investing in the small shells of mistakes.

Jen Hirt’s memoir, Under Glass: The Girl With a Thousand Christmas Trees (University of Akron/Ringtaw Press, 2010), won the Drake University Emerging Writer Award. Her essay “Lores of Last Unicorns,” published in The Gettysburg Review, won a Pushcart Prize. Her essays have also received the Gabehart Prize for Nonfiction from the Kentucky Women Writers Conference, a Pennsylvania Council on the Arts grant, and two notable essay mentions in Best American Essays. Her work has recently been published in Ninth Letter, The Colorado Review, Blackbird and Quiddity, and she has poems forthcoming in Natural Bridge. She is an assistant professor of creative writing at Penn State Harrisburg, where she is co-editing the anthology Making Essays: Twenty Essays with Commentary (SUNY Press, forthcoming 2015).