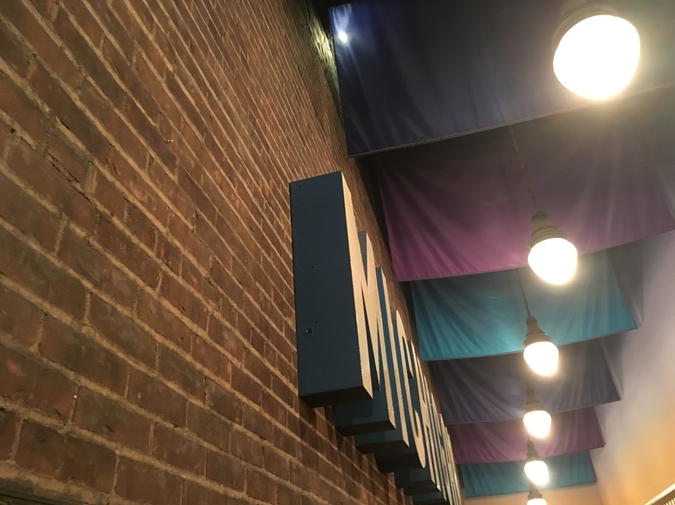 As a writer, I am aware of the importance of word choice. Dialogue, I tell my students, is one of the most important ways to convey character. But sometimes it’s what’s not being said that matters more than what is.

I’m aware, too, of the distance between words and what they signify. I know all too well that, when it comes to pinning something down precisely, language is a vehicle full of failures. It’s hard to say what we mean when what we feel is so separate from what we say.

Like the other day, when we got into a fight about who was the luckier between the two of us to have found the other. We decided in the end that we were both equally lucky to have found each other, but even then it felt like what we were really saying was the one thing we weren’t allowed to say.

I’m trying to be respectful, but also I have two advanced degrees in the study of language—both the analysis and the crafting of—so I can say this with some level of authority: it is just a fucking word.

One time I wrote a book review that used the word so many times some man felt the need to tally it up and comment with the final total. It was nine.

For the record, according to the Oxford English Dictionary, the word “love” has twenty-seven definitions, and that doesn’t include the various phrases that alter the word’s meaning drastically. Phrases like “to make love” or“for the love of God” or “there’s no love lost between us.”

The thing to notice in the language here, I think, is the movement in the first two and the stasis in the third. I think of each of these women as a physics formula. First the potential energy of “I could” and then the kinetic energy of “I am.” Eventually they end up “in love,” which seems to me like the formula, but stabilized. The rock at the top of the hill having landed safely at the bottom.

On The Bachelor, the words themselves seem to be the commitment. Watching those contestants confess they were “in love,” I started to focus on the preposition. “In.” “In” meaning enclosed. “In” meaning surrounded. “In” meaning something within something else. Other than the ring and the getting down on one knee, it was those words that sealed the deal, and sitting beside you I wondered if that was what those words meant to you, too. It would make sense. You are a good man. You are the kind of man who sticks to his word and means what he says. I love that about you. It’s one of the things I love most, actually.

During the finale, the issue of “love” came to a head when, for the first time ever, the bachelor said “I love you” and the contestant to whom he said it did not say it back. Instead, she left him in the middle of Portugal with his head in his hands, and America hated her for it.

“It is not!” you insisted, and I sat back smugly and drank more wine. I didn’t actually think it was, but I do know that I “love” pushing your buttons. I “love” making you flail and fight for words to convince me that I am wrong.

When that very blonde girl and that very blonde boy ended up together in the end, after all of that drama about those words, you turned to me and said that I had called it. From the first episode, I had predicted that he would pick her.

Later that night, we will lie in your bed, and we will say it in all of the different ways we can say it without ever really saying it.

Emily Lackey's stories and essays have appeared or are forthcoming in Glimmer Train, Prairie Schooner, and Post Road among others. She lives and writes in Western Massachusetts.