What Is Not the Moon Will Only Make You Farther 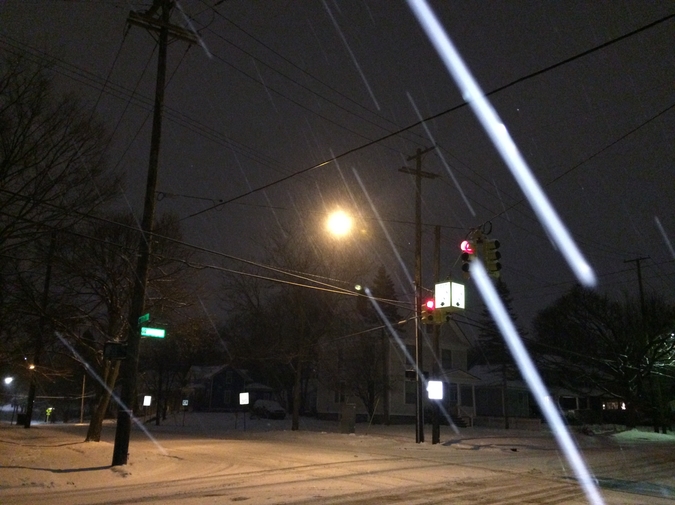 On days when I’m feeling particularly awful about love, I wait to walk the dog until dusk, prime rabbit hour, when all the rabbits are out mating and eating, hunting for grass while being hunted from afar. I do this because it drives my dog crazy, sends her rocketing out from my side toward the hundreds of monochromatic mountain creatures, her leash taut between us. I do this so I can say to her: I’m sorry dog, but that rabbit doesn’t even know you exist. It does not care how badly you want it. It doesn’t register your desire. You have to get used to this, dog. This is our world.

No, this isn’t true. I try to turn everything into a metaphor so I don’t have to face it straight on. There is no nuance in confronting things that are. The nuance, for me, is where possibility lives, and I have been known to extend a metaphor long enough to reach the moon and back just so that I can give myself space to understand anew.

My first love was a ship and even though I was happy on my island, was awaiting a different ship, I boarded him hesitantly. The ride was peaceful until we left shallow waters and hit the deep dark sea where he then flung me from his decks, too much of a burden I became in our solitary tempest. When he docked the next day on a new island with a new woman, he left his boatly form, became instead a man, got down on one knee, happily ever after.

My loves ever since have all been a metaphor for something elusive. Sometimes they have been the same elusive thing in disguise. I think, often, too, about what I am in these metaphors if not just a lover, not just a woman. I have thought of myself as a passenger, a warrior, a wolf.

There was once, several years ago when I was riding my bike home from work, something in the distance that looked like the moon. It was round and pale white. It glowed, or seemed to. It floated in stark contrast with the night sky. For at least a mile, I assumed it was the moon, though it felt more like the kind of moon one would have in a dream where everything makes sense in its context, but upon waking feels cartoonish and clearly representative of some skewed sleep version of the world.

When I finally realized the moon was actually a balloon advertising a lavandería, I instantly recalled the man who had recently broken my heart. I recalled my feelings of certainty, how I thought what he’d given me were his true feelings, how in the end what he’d given me was a balloon advertising a place to wash your clothes, disguised as the moon, disguised as the rock beacon in the sky that dictates the ebb and flow of our oceans and our own internal bodily waters.

There was a period of five entire years wherein I tried to make a sea cucumber a metaphor for everything. Those five years were bleak, lonely, nothing really stuck with me, no real memories, only quick recollections of sense:

≅ the smell of a mountain range right before snow, how it smells like October, like Halloween, because of where I grew up and how it always snowed on Halloween

≅ something like hospital lighting, but not inside a hospital

What I am trying to do now is learn how to trade language for truth. Except that truth is really also just a word, a near meaningless one at this point in the 21st century. Every word a stand in. Every syllable a distance, a space for misunderstanding, every sentence an expanding canyon where the sun sets the dust alight, illuminating the distance for what it truly is: a ghost.

Ali Rachel Pearl is a PhD candidate in English at the University of Southern California. Her work is forthcoming from or appears in Redivider, the DIAGRAM, The New York Times, and elsewhere. She lives and teaches in Los Angeles.