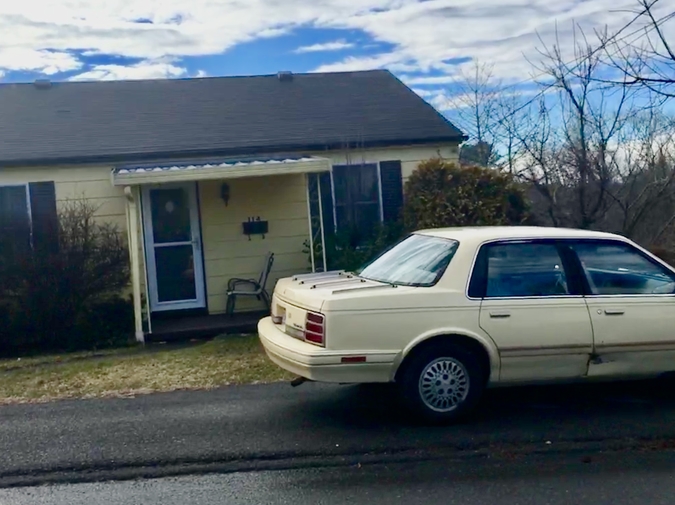 They didn’t need anything. The mall was just a thing to do. They drove past empty drug stores, a liquidated Kmart, a demolished fast food stand, a burned down restaurant. No one said anything.

When they were teenagers, back in the ‘90s, the mall on Fridays had been filled with kids, smoking cigarettes and blasting music from cars. Now, the parking lot was empty, blacktop pockmarked in potholes.

There were other people in the mall. None clutched shopping bags. Instead, the people purchased sodas, chicken nuggets. The songs played loud over the speakers, twenty years old. The jeans, unfashionable—low-slung, rhinestone studs. CDs for sale: $18. They walked in front of a vacant store. White walls, gleaming racks, lights bright, a void for sale. The man tried to remember what was once there. He couldn’t.

it's not a child it’s a choice

for valentine’s day: his and her guns

The man walked the little dog around the soccer field.

It was sunny but cold.

The dog liked to take two shits: one big, one small.

The man picked up the big shit.

The second was just two pebbles so the man left it there.

An old man in Spandex ran by, saw the left-there shit.

He pointed to a sign— a blond boy holding a bag, big letters: DO YOUR DUTY.

He pointed to another shit in the grass, old, a big dog’s.

He said something vaguely confrontational.

The Spandex had made the old man forget all sense of place.

He thought he was in Brooklyn, California, a nice suburb outside D.C.

But the man with the little dog knew exactly where they were.

They were not in Brooklyn, California, a nice suburb outside D.C.

They were in West Virginia.

And in West Virginia, you do not tell people what to do.

Even if they’re smoking and pregnant.

The man with the little dog threw his hands around.

He hocked and spat at the Spandex.

Suddenly, the old man remembered where he was.

Places In West Virginia and Their Populations

than people in all other