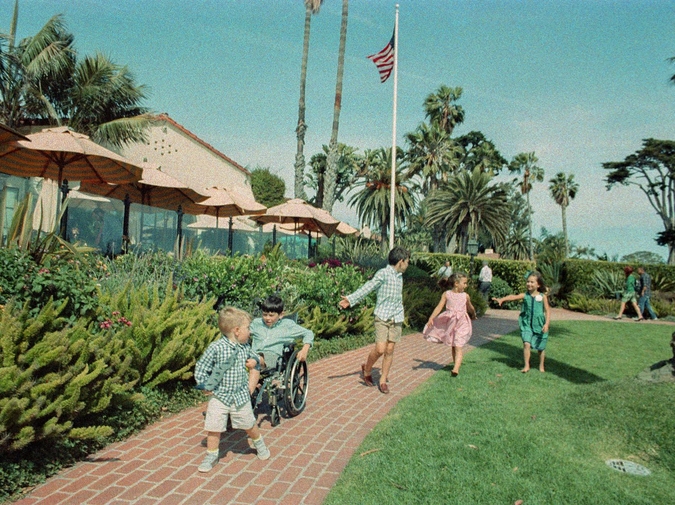 We were in line for the Buzz Lightyear’s Space Ranger Spin; the three of us, fourteen, another trip to Disney World.  We zigzagged through the queue while Kenzie’s mom waited in Tomorrowland with our purses, our Coach wrislets and Burberry knapsacks.  Jensen wanted me to hold her phone.  I held tight to my Nokia Razr, just in case.  We were bored in line, joking about nothing, sucking in our stomachs and pulling up our jeans; we were all hip-bones and lip-gloss those days; we were small and wore push-up bras to squeeze together what we had into something else, something better.  Kenzie’s mom said this would be our last ride before the fireworks.  We didn't care though; we weren’t invested in lightshows in the sky.  What we really wanted was for boys to pay attention to us, for a Luke or Taylor or Jonathan to sit next to us, show us how to aim our laser guns at targets, show us how to get points, show us how to win.  What we really wanted was to be older.  What we really wanted was for something to happen, take us away from Florida and into the rest of our lives, but that doesn't happen for teenagers, not so much, and so we stood and waited.  And then my phone rang. I felt it buzz in my pocket, and we all got excited, like the Messiah had come, something to do, someone was reaching out.  But it was Rosenberg, the one we didn't invite on this trip even though she always invited us everywhere, but her and Jensen weren’t getting along, and we favored Jensen over Rosenberg, so Kenzie picked her, naturally, and then we looked at the phone, lighting up and shaking, and we didn't know what to do with it.  If we answered, it meant she’d ask where we were, and if she asked we’d have to lie, and to lie was the sin of childhood that followed us into our teens, and we wanted a clear conscious.  Or maybe she’d see our matching rings at school that the guy at EPCOT Norway carved for us, signifying our friendship forever, and then she’d ask, and then we’d be dead.  But Jensen grabbed the phone and answered and handed it to me and I’ll never forgive her for that and when Rosenberg got on the line she was crying her eyes out and we all sunk thinking she already knew, but then she told us about her bird that had died, she found him dead in his cage, and an announcement for the ride came over a loudspeaker, and Rosenberg sniffled and asked where we were and my two best friends in the world looked at me and had all the faith in me and my words and I simply said, “We have to go,” and slammed my phone shut.

Brittany Ackerman is a graduate of Florida Atlantic University's MFA program in Creative Writing.  She teaches Critical Studies at AMDA College and Conservatory of the Performing Arts.  Her work has been featured in No Tokens, Fiction Southeast, West Texas Literary Review, The Los Angeles Review, and more.  She currently lives in Los Angeles with her forthcoming collection of essays entitled The Perpetual Motion Machine to be released by Red Hen Press in the fall of 2018.