Waiting For the Break 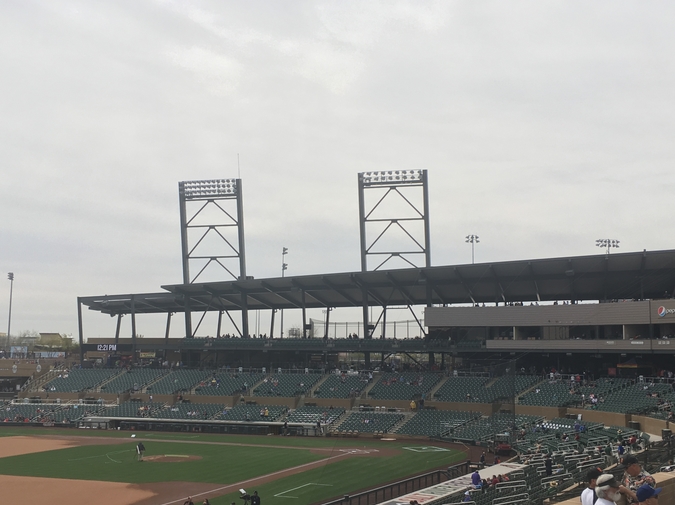 I’m sitting on our carpet, legs crossed, beer in my crotch.

The Rays game is on at a low volume and Rachel sits on the couch, piles of student work in her lap. Her hair is pulled out of her face, lazily held by a mammoth of a clip. She wears an old Wade Boggs jersey. Her feet rest on the edge of the coffee table and the paint on her toes looks like the shells that wash ashore, broken and brittle. Rachel celebrates a strikeout, pen balanced beneath teeth, and returns to lesson planning.

Something has me glued to this moment. I’m aware of the pen as it scratches paper. I can smell the Glade plug-in even though it’s weeks old. I can hear the laundry tumble in the garage. I can see Rachel lose herself in preparation.

Binders and folders take up the other half of the couch. My laptop is in front of me, too, but my only responsibility is to respond to emails should they arrive, and I’m too lost in the right now. I’ve got it easy.

Tampa has a no-hitter through seven innings, and Rachel’s attention is graciously split. The Rays are her hometown team and rarely televised here in Savannah unless, like now, they are playing the Braves, and even that is a minor miracle in itself. Rachel types away, and I watch her sneak glances each time the pitcher begins his windup. She bites her nails, tries to contain her own investment. She’ll sit on her hands occasionally, to stop the biting, and that becomes a restless leg. Her hair comes undone one strand at a time.

My beer is a bit warm, bitter and flat.

I examine the walls of our home, the soft decorating Rachel’s managed to complete despite the perpetual after-hour expectations set upon her. I think about the game on the television, the beer in my lap. I sip. I smile.

Now I’m on my feet, in our unfinished office and could-be nursery. Sometimes, I practice my swing in the kitchen with the large wooden spoons. Other nights, I set throw pillows on a dining chair, pretend it’s a strike zone, and use balled aluminum foil to turn my hall into a bullpen. It’s a twitch really, unconscious and compulsive. Sometimes it feels like a scar.

I return to the couch and the no-no is still alive as we enter the ninth. Rachel has set all her work to the side, made a space for me next to her. She takes my beer and finishes it, promises another on a commercial break. Three more outs, and like her, I believe. This will last. This is history.

Tampa’s pitcher is back on the mound. The few people at Tropicana field cheer, claps sneaking through our television speakers, and tips his hat to them. The first pitch is a called strike on the inside corner. The clapping swells, and people appear in previously empty seats. I can’t tell where they’re coming from, where they’ve been this whole time. The catcher asks for time and flaps his arms, motions for the crowd to simmer down. When he tosses the ball to the pitcher, the silence cuts and we hear the pop of the ball in his glove. Rachel holds my hand and squeezes as the pitcher cleats the divot he’s worn in front of the rubber. He winds up, kicks his leg to the dome above, and delivers a curveball that hangs a bit too high before it breaks.

Caleb Michael Sarvis is the author of Dead Aquarium (Mastodon Publishing 2019), the managing editor for Bridge Eight Press, and co-host of the Drunken Book Review Podcast. His work can be found in VOLT, Saw Palm, Split Lip and others.