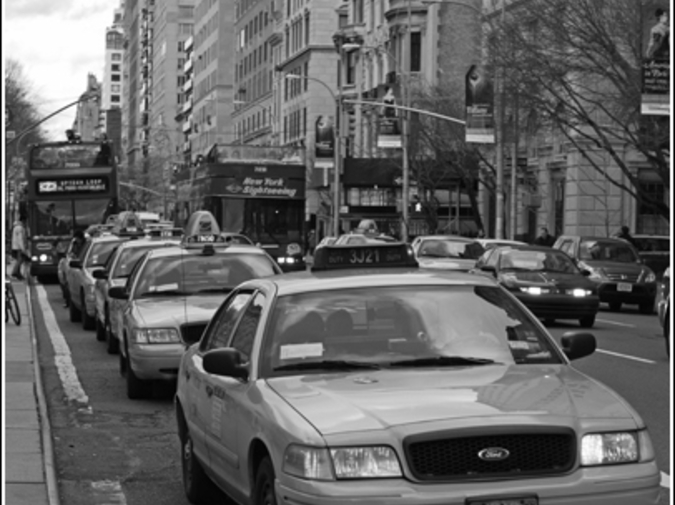 I’ll come with you on the next bus, I say, and wait with you for the next plane.

You’re not the one who’s leaving, you say. You don’t have to get on the bus.

We look down at our feet, into an oily puddle, the place at the curb where the bus will soon be. The stolid surface skews you and the lines of the tower above, so that you stand large before a mirage of infinite tracks.

You can get some coffee, you say. I can’t bear this morning without coffee. The bus hasn’t come yet. So there might be time.

You take out your wallet and thumb through the bills. Here, you say, folding singles into my hand. Go.

So I take the money and go for coffee. Coffee that will finally wake us, this morning, this Sunday, between buses and before trains, between cars and before planes, between the twin towers, where I walk now from one to the other, through the glare of the empty plaza, not yet aware of the distance between them, or the possibility that when I return, you will already be gone.

Sean Mills has an MFA from Sarah Lawrence College and is a senior production editor at Doubleday Broadway, a division of Random House. He lives in Brooklyn, New York.