Until the Light is Off 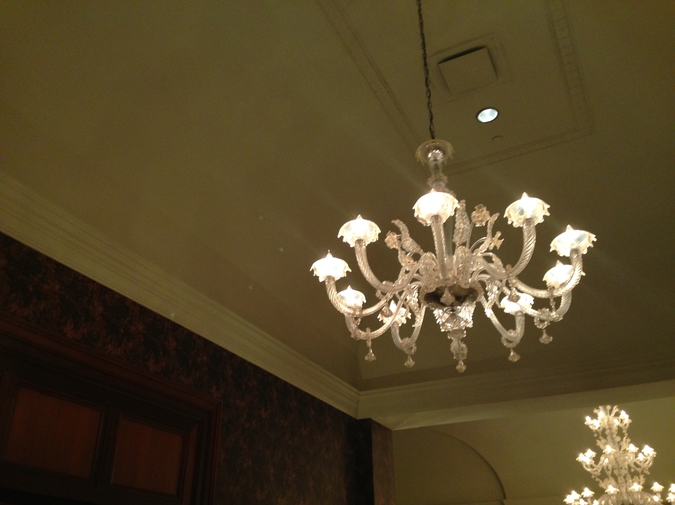 Visiting hours ran until eight o’clock that night. Matt sat by his father’s bed and thumbed through some text messages. If a nurse or attendant came in, he quickly slipped the phone into his pocket. Playing on a cell phone seemed inconsiderate, even though his other options were watching his father sleep or staring at the local news on mute. The old man’s chest rose and fell. He’d been asleep for an hour and a half. Matt stood up and leaned over, planting a kiss on his father’s forehead; he didn’t stir. There was nothing to do but wait. The emotional whirls of the last few weeks had tapered off into a dull lethargy. Matt walked to the nurse’s station to sign out, and thanked the head nurse when she told him she’d call if anything changed.

The hospital was a few miles away from Matt’s apartment, not a terrible walk on a late July afternoon. He put on his sunglasses and started down the sidewalk. The more steps he took, the more his shirt dampened under his arms; he could feel the strip of sweat creeping  on his back. The blocks were residential, punctuated by the occasional office storefront. He tried to conjure a 7-11 or a Starbucks. The cross street turned off into a parking lot. Matt saw big signs: “FUN WORLD-MINI GOLF! BATTING CAGES! ARCADES!” He fanned himself with the collar of his t-shirt as he walked to the entrance.

The arcade outside the golf course advertised vintage games. Matt pulled some damp dollar bills out of his pocket and got a bottle of water from the vending machine. The sounds of musical interludes and squealing car tires were oddly satisfying.  He got some tokens from the dispenser by the vending machine and halfheartedly played a couple rounds of Mortal Kombat II and Lethal Enforcers. The sun was setting, and employees with “FUN WORLD” golf shirts  scattered about with dustpans and clipboards. Matt took a couple more shots at the bank robbers and put the gun back into its mounted holster. He ran the water bottle along the back of his neck and went back outside.

There were pings coming from the batting cages. Two of the four cages were occupied. The first cage was slow-pitch softball, and a group of drunk frat boys milled about, took turns depositing tokens, and passed a flask around. One of them turned his baseball cap backwards, took the biggest softball bat in the rack, and crouched into an exaggerated Jeff Bagwell stance. His buddies laughed and catcalled as he gripped the bat and took some dramatic practice swings. The machine coughed up a large yellow softball. Matt watched as the frat boy took a ridiculous hack and hit what would have been an easy chopper to first base.

There were more pings. Two cages down, a younger kid stood in the box and put in a token. The sign read “90 MPH FAST PITCH:CAUTION.” The kid was in the last stages of baby fat. His arms tightened as he gracefully got into his stance and employed a Chipper Jones toe-tap. A ball rifled out. The kid fouled it back. The next pitch was hit straight up the middle. Foul. Swing and a miss. Contact. Contact. Contact. Foul. Sweet spot. Better contact. Matt was impressed.

He still remembered the first time his father took him to a batting cage. Matt was a bookish, awkward child, and his father wanted to instill some kind of athleticism to ward off the already problematic bullying. The helmet felt three times too big, and he was so focused on the blinking light that he didn’t hear his father tell him to back up, that he was on top of the plate. The ball sailed over at thirty miles per and smacked his forearm. Tears welled up in his eyes as he dropped the bat and left the cage. Matt remembered the look in his father’s eyes as the balls plunked the backdrop and rolled down the incline.

They drove home in silence. As his father pulled into the driveway, he turned to Matt. After some internal censoring, he stared at the garage door and said “Next time, do not leave the cage until the light is off.”

The kid looked back at Matt, who quickly focused his eyes on the strike zone; he realized how creepy it was for a man in his 30s to stand alone and watch a teenager.

The kid beamed. “Thanks, mister.” Mister. Matt aged by twenty years in the span of twenty seconds.

The pitches started again. The kid leaned slightly and took a cut. Had it been a regulation field, the ball would have easily bounced off the outfield wall. The frat boys looked over, impressed. With more eyes on him, the kid smacked more elevated line drives, a chopper back to what would have been the pitcher, and some hard bounces that eluded the make-believe second baseman.

“Can fucking hit,” one of the frat boys said aloud.

The kid came out of the cage, removed his helmet, and wiped sweat from his forehead.

“Damn, good hitting. You play for your team?”

“Thanks.” The kid dug into his pocket and offered a coin to Matt. “My dad’s waiting for me in the lot, you can use this if you want.”

Matt grabbed a helmet and went into the cage. He selected a lighter bat, its handle wound tight with electrical tape. As he gripped, he could feel the callouses starting before they began. He put the coin in, hit the button, and focused on the imaginary pitcher. The light flicked on above the spinning circles.

He gently lifted his foot and took a swing.

James Yates is an MFA Candidate in Creative Writing at Roosevelt University in Chicago. He also serves as a fiction editor for Longform.org. His fiction has previously appeared in Hobart and is forthcoming in CHEAP POP; his nonfiction has appeared in Necessary Fiction, The Fanzine, and The Chicago Reader. He lives in Chicago's Rogers Park neighborhood.