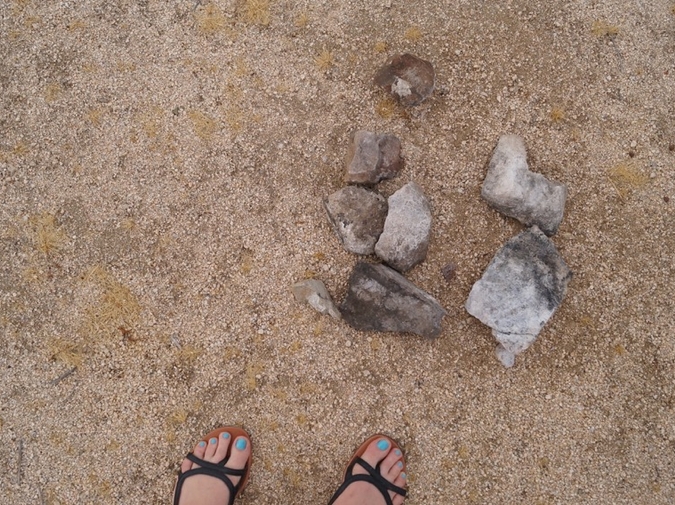 I met Jeremiah the next-to-last night of the General Convention of the Episcopal Church that I traveled to as a representative of some youth ministry program I’ve long since forgotten. When he shook my hand, we were quiet. At a youth party that night, the kind with the leading brand soda and potato chips, he danced with me the whole time, barely touching me, singing along to Skynrd, charming as hell.

“I wasn’t planning to meet someone like you,” is what he said when it was time to go home, both of us in opposite directions, opposite parts of the country.

The next six months were a cloud. It was 1997, and he wrote me frequent, real letters on thin, crepe-like stationery. Pages upon pages, in perfect cursive. He’d write mostly about his life out there, the life I’d never seen and would never have a claim to, but he sometimes wrote about me. Sometimes there’d be pages filled with just song lyrics, and sometimes he hinted at the things he wanted to do to me, hot teen cursive letters.

We saw each other twice more.

During these retreats—the kind with tidy, chaste rows of sleeping bags on a church floor, with yarn-based crafts even though we were basically adults, I’d spend most of the time grappling with my own hollow, crumbly faith where I felt like I was somewhere between faking and seeking. During my days, I'd tell friends and priests about my doubts, the way my faith seemed more fragile than anyone else’s.

“Doubt is healthy. Pray about it,” they’d say.

But I never prayed.

“I like to just think,” I said, when friends discussed prayer and all I felt was shame and a feeling of being left out, like a God FOMO. “I just like to offer up my thoughts,” I said. “God can sort them out.”

I’d spend each group prayer time the same way: thinking about things I shouldn’t think about and then it just spiraled and sometimes I’d feel like my consciousness stepped out of my brain and watched as it served up the worst possible things, on purpose, just to see if it could. If I could. About sex, about what the people around me looked like naked, about what the people around me would look like screwing each other, or even, like, the priest. Then add a layer of guilt for not only thinking about things I shouldn’t be and honestly didn’t even care to think about, but thinking about them when—in my vast bullshit—I was supposedly “opening up my mind to God.” Supposedly letting God see inside and see not just imperfection, not just sin (not just a huge perv), but also my sheer inability to pray, or to be holy, or to be a good Christian. I wasn’t offering up anything.

I avoided prayer as much as possible.

At the retreat the next night, we sang praise songs to accompany a theatrical clown routine (intentionally avoiding the word “performance”) where two girls dressed up as clowns, faces thick with pasty, clumpy drugstore costume makeup, and mimed out a story of sin, reconciliation, and redemption. They danced, they fake-drank, they fake-did pharmaceuticals, and then they discovered salvation by reading a bible and literally chaining tangible objects of their sins to a cross: empty cheap booze bottles, empty orange drug bottles, mirrors. Everyone wept. We were sleep-deprived, seeking and desperate for holiness. I cried the first time I saw it happen. I don’t know if it was from some hope for forgiveness, a hope for eventually one day believing, or just from the intensity of feeling so much, surrounded by so many other people feeling it too. And each subsequent retreat I’d look to the new people to make sure they were crying too, a measure of success. A success we carefully manufactured. We planned all of it, even the crying, at the staff meetings, the same way we’d plan each move the clowns would make. Who is bringing the extra boxes of tissues, we’d ask, making lists, preparing. A holy reconciliation perfectly scripted and shopped for.

I’d look to the rest of the staff, and see their faces contorted in passionate prayer. I wondered what they were saying, what they pled with God for. I closed my eyes and tried it. My brain swarmed but I mostly felt frustrated and self-conscious. I thought, Just fucking sort this out, God. Find something in here. I’d be such a good believer.

Jeremiah flew home after that weekend. We didn’t know what we were gonna do but we knew we wanted to keep doing us. The letters kept coming: He once told me all about a weekend trip he’d taken, surrounded by his friends, and for the first time I encountered a weird and unwelcome jealousy. I felt important to him, loved by him, but so left out. We had such separate worlds. I never stopped to think about whether he felt that too, when I’d talk about my friends, my job, my classes, church stuff. He seemed too pure to experience jealousy anyway.

That winter, I flew to see Jeremiah for the last time, though I didn’t know it would be the last time. I imagined finishing college and loading up all my belongings into my car and moving cross country, listening to Jeremiah’s mixtapes the entire drive.

It was cold that December. Snow fell outside, a starless night, and with nervous hands Jeremiah slowly took my clothes off in the basement of his parent’s house. I was so in love with him, the way you can be in love with someone when you’re 18 and you’ve really only spent less than a week together in-person, if you add it all up. I felt overwhelmed with wanting a life with him, with wanting to be perfect and right for him. I was scared of being wrong for him.

Here are the things I loved, the things I believed in, when I was supposed to love God, a mostly complete list: Retreats, diluted communion wine in a silver cup, other people, lining up in tidy rows, a friendly hand reaching across a church aisle, tear-drenched hugs over powerful services, the fizz of a dissolving wafer on my tongue, the warm and sharp scent of frankincense flung around a vast cathedral, the glint of its polished brass thurible, pages in a hymnal dirty with use, sleeplessness, the ancientness of language, the currentness of praise songs, me strumming a guitar until my fingertips stung, hoping that my grave, endless doubt was part and parcel of being holy.

The last day I saw him, the snow by then muddied piles shoved to the sides of the roads, Jeremiah sat me down in his childhood bedroom and said that it was unfair to me, to both of us, to “hold each other back like this.” That he didn’t want either of us to redesign our lives for the other. He was going to go to seminary one day, of course. He had a life ahead of him and he wanted me to have mine ahead of me too. I thought to myself: Wait. Is this breaking up? We are so in love. What is happening? I’m not held back at all, stop this nonsense. He kissed me goodbye and sang “Leavin’ on a Jet Plane” quietly in my ear at the departures gate, and I didn’t protest because I didn’t really want to hear him come up with other reasons, like I can tell you’re not faithful enough for me, I can tell you’re not good enough for me.

Past that brutal detonation of heartbreak, I stayed sad in a really quiet way, but I also didn’t. I didn’t stay sad. When I got home, my life was exactly how I left it, because Jeremiah was never really a part of my real life. I missed him in abstract ways because there was never much of anything concrete. One night in a basement beneath the snow. Dozens of letters back and forth.

It’d take me years to understand that I felt the exact same way about church. I almost didn’t notice when I figured it out. It didn’t happen overnight. I didn’t have a moment where the light bulb came on, or, as the case may be, the light bulb turned off.

I’ll probably always whisper the lines of liturgy etched in my teenage memories because at least I know now, at least I’m not pretending to pray, and at least I’m not fooling myself. I’ll probably always take communion, a sip of too-warm wine from those silver cups. I’ll always breathe in the smells and feel a little at home and a little lost. I’ll never forget the what-ifs, a great love, half a world away. I never really had it in the first place. And I’ll never really get over it.

Julia Dixon Evans is the author of the novel How to Set Yourself on Fire. Her work can be found in McSweeney’s, Paper Darts, Barrelhouse, Literary Hub, The A/V Club and elsewhere, and she received the 2019 Magazine Award for Fiction. She writes the weekly Culture Report for Voice of San Diego. She is the founder and host of Last Exit, an online journal, workshop and reading series in San Diego.