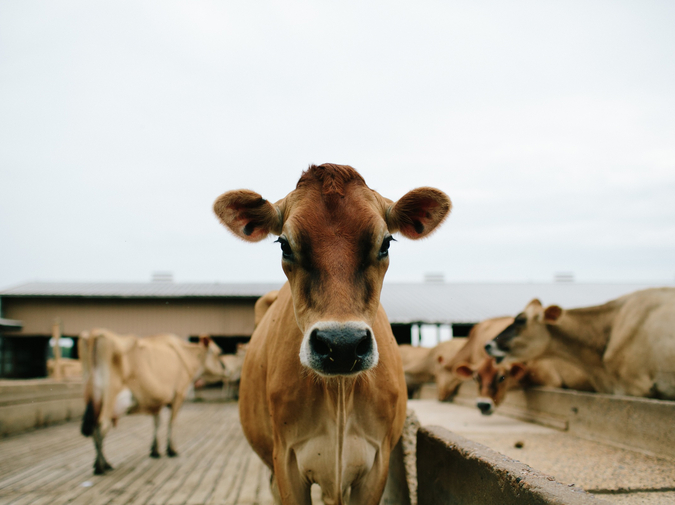 In 1992, Arkansas convict Ricky Ray Rector, who had brain damage from shooting himself in the head after killing a police officer, ate a final meal of steak, fried chicken, and cherry Kool-Aid, but famously said he wanted to save his pecan pie for later. —Slate

Some request Mexican lunch, whole
bags of Jolly Ranchers, one jar
dill pickles. Beer, though they know
they won’t see it. Cigarettes
they can’t smoke. More Dr Peppers
and RC Colas than Cokes. Anything
chicken-fried that can be.
And of course some say Nothing
or Fuck you or I’ll have what they’re having.
They mean the wardens. They mean the living.

The most popular: cheeseburger
and fries. How many of those
have you eaten: the diner ones
under blankets of winter lettuce;
the take-out scarfed one-handed
from a bag on the turnpike;
the ones your father shaped
with bare hands and grilled
on Saturday afternoons, the whole
neighborhood smelling of char?

Some want only coffee: wired
for the wiring.

Some appreciate wholeness:
entire chickens, twelve eggs.
Some request hard-boiled
eggs and chili dogs, in pairs,
as if to board the ark
of the stomach mated for life.

In Indiana, a man requests only fruit.
One mango. One pineapple. One coconut.
He eats the fruit with his hands
and dreams of the beach.

In Iowa, a man who killed a doctor
asks for a single, unpitted olive.

Is a meal the food on the plate
or the company one takes it with?
Is it what we taste or what we want
it to taste like? They close their eyes and will
the fried chicken to taste like their mamas’,
the ice cream cone to drip on a green lawn,
the Cheez Doodles to come from a gas station
on a day when the wind smells like ocean.

The inmates count the days,
the hours, the fried shrimp
between them and their deaths.
Some of them ask to eat
in the yard. Some want
a friend, others only a window.

They killed and raped,
shot and drowned.
Their crimes are as real
as the food they dream of.
Free people can eat
ice cream whenever they like.
They have not lost that right.
The inmates have lost the right,
but not the desire.

Mitterrand, though not executed,
knew he was dying. He called
his cancer a lemon on good
days and a grapefruit
on bad. He bowed
his head under a white napkin
and ate one, two ortolan.
He ate nothing else and died
ten days later, bones
and a song in his throat.

When The Medical Examiner Dreams, She Dreams Of The Body

A fistulated cow haunts her. Class field trip to Jersey, 1989. The researcher put on boots, uncapped the hole in the cow’s side. Lily did not blink, lifted her tail. Shit plopped out. Only ME stepped forward to volunteer. She thought her arm would slide right in, but it was a fight. She persisted, stuffed her arm into the side of living beef.

The tightness. The smell. All the other children sang Ewwwww but ME kept going, the glove bunching up in her armpit. The cow moved and the organs around her arm moved, a half-second later. Finally, the teacher said That’s enough and pulled ME’s arm free. On the bus home, no one would sit next to her. When she opens a body on her table, she thinks of Lily. Unless you have seen the puzzle of the body, you cannot imagine its neatness. First-year students can never put it back together properly.

The bodies will not let her go. Now ME sees it all: the jagged tear of bullet through stomach, the lungs and their secret cigarettes. She can pack what remains of the pancreas like a Tetris pro. But at night she dreams of Lily. Or this: once, she lost her watch. The cleaning staff took it, she tells herself. But she know that night, the bodies in their cabinets ticked with something like life.

Christina Olson is the author of a book of poems, Before I Came Home Naked. Her poetry and nonfiction has recently appeared in The Normal School, Water-Stone Review, Anti-, Gastronomica, and Rhino. She is the poetry editor of Midwestern Gothic, and lives online at <www.thedrevlow-olsonshow.com>.