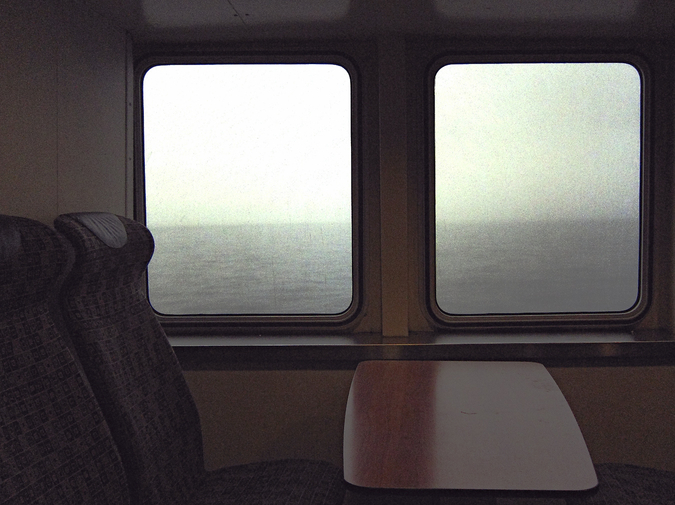 A Story From My Romantic Past. It Was Full Of Misgivings

Meaning it would always start in a small room that was filled with new carpeting.
And black boxes painted brown.
Like a showroom for people who don’t like things.

There were women there, too. Innumerable women.
And they were wearing a type of small animal that coiled around their fingers
and elbows and panty lines. The animals made small figures over their décolletage.
I tied the animals to the radiator pipes. I fed them pretzels cut into small pieces.
I was trying to make them less bashful.

How is it a normal person can sound out whatever they think are being put in parentheses?
I was an OK intellectual. I liked dancing to techno. I had taken a vacation once to Nice, France.
I would say I was at least tolerable.
Which was a key to my success in romantic undertakings.

That, and living by myself.
I made dinner by myself. I learned to drink wine by myself after work on Fridays.I spent longish nights with my hand held above a ventilation duct until a small animal would
crawl out.
I was hoping for it to be mangled,
or at least lame from climbing through ductwork and half-operational vent fans.
The things we all do for a little attention.

“I have a collection of small animals!” I announced one night at a friend’s party.
This might not have been the best headline for my match.com profile.
But I had pillows that were small animals. And recyclable bags that looked vaguely like animals.
There were open-wound animals I kept living by putting breath mints into their sores.
Which certainly gave a fresh scent to my apartment.
The scent was called Small Animal with Pedigree.
The real story of my romantic past begins when I learned to go out dressed as a small animal.
I had sewn tiny teeth into my wrist.
I carried a pair of pliers. I carried blueprints of small rooms and the various ductwork feeding into them.

The Definition Of Ok When You’re Only Kind Of Ok

It means the things that fit into a box are not shaped like a box.
I tried making “fix” the size of a box.
I held it over the lid, like I was measuring it out.
I’m taking this “fix” with me to my next apartment, where I plan to live by myself.
This “fix” should fit around my cat’s abdomen.
It was shaved two weeks ago to make room for another abdomen.
When the vet asked me what was inside the box, I pointed to the calendar.
But that didn’t fix anything.

All the things that fit into a box are not shaped like a box
A newish marriage is still so new it could pretty much fit in a box.
But you don’t want it to look like a box.
My investment portfolio.
My new tie, even though it is orange or peach depending on who you’re asking.
I’m trying to tell the story of giving unconditionally. But with certain conditions.

You’re not supposed to keep all your things in a box if they’re important to you.
Like you were planning to move away.
I’m tired of pretending to be flexible. Or versatile.
I have been living a life shaped like boxes. My voice taped shut inside a box.
My morning. My trip to the grocery store.
There are many boxes stacking up. Is there anything that could fix this?

Kent Shaw’s first book, Calenture, was published by the University of Tampa Press. His poems have appeared in The Believer, Ploughshares, PEN American, and other magazines. He is an assistant professor at West Virginia State University.