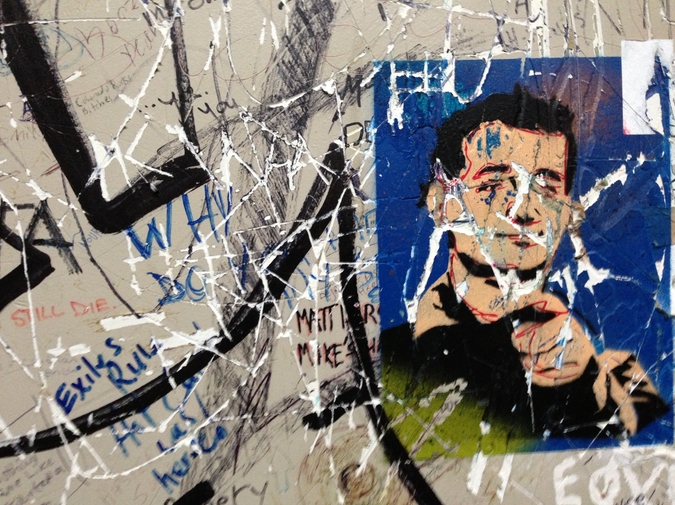 upon impact,
but you’d always been crazier
than dumb, anyway.

“Go fuck yourself, America wasn’t my idea,”
your deaf uncle didn’t hear you say
when he tried inviting you

to his war. He only smiled, nodded.
So you told him louder.

The latest stranger
to ride into town
and a well-known local
soon to be shamed
into leaving for good
are comparing fates
down at the end of the bar.

I keep waiting for them to say
something the least bit unfamiliar.
Most of the night
like a ghost of the night
I’ve eavesdropped from this dark corner table.
These wild men sound tame to me.
Make yourself at home.

Brian Beatty's jokes, poems and short stories have appeared in numerous print and online publications, including The Bark, Calliope, Elephant Journal, The Glasgow Review of Books, Kentucky Review, McSweeney's, Opium, Phoebe, The Quarterly and Seventeen. Brian was born in Brazil, Indiana, but moved to MInneapolis in 1999 because he thought Prince would be throwing a party. Brian sometimes performs as a storyteller.