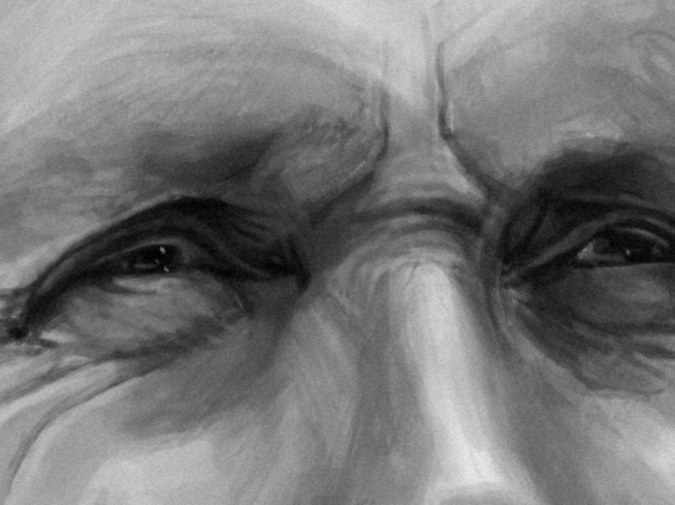 There is absolutely nothing more defeating

Than the plastic donation kiosks in a mall
shaped like a funnel. You walk up and roll
your change and watch all of it spiral down
into the singularity from which light goes
to die, each coin like one of those circus dare-
devils on a motorcycle, riding the walls
around you, terrified, pulled from the crowd
to stand and marvel in the center of The Wall
of Death, not knowing how simple the trick is,
how a toilet and the planets and this work the same.
The sound of your change meeting everyone else’s
helps with knowing whatever good has been done
is not enough, that if there were a billion malls
sucking change into a billion kiosks it would mean
only that the bottom of the hole was even deeper.

He is a young dog missing both his rear legs. Hit by a car, we guess. His back is almost armored with hard scabs. His torso is suspended by a hammock with two holes for the front legs. His croup sways at the other end. You whisper, “He looks ridiculous.” I almost say, “Show some respect.” He is close enough on the sidewalk now, we can see the word Hercules engraved on the tag of his collar. Slay, slay, capture, capture. Hercules has many labors to perform. He wags his tail ignorantly. Clean, slay, capture, steal. It is a thick tail. His eyes do not seem sensitive. Obtain, obtain, steal, capture. To convalesce is to be well, to regain health. Wiggling below his whip of tail, the two little stumps. Stitched up with black thread and left undressed to dry out. It is possible to survive almost anything.

Cameron Quan Louie received his MFA in Creative Writing from the University of Washington and lives in Seattle. He has interned at Wave Books and was a Multiplying Mediums Fellow in 2016. His work has been nominated for a Pushcart Prize, and he received the McLeod-Grobe Prize for Poetry in 2017. His poems have appeared or are forthcoming in Foothill: A Journal of Poetry, Duende, The Gravity of the Thing, Sonora Review, and jubilat among others.