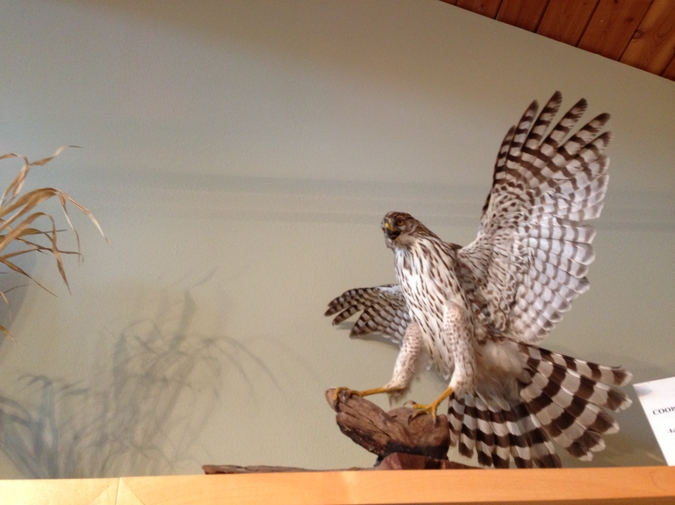 I saw nothing, said nothing. My father pointed at the Makita-blue sky. I shielded my eyes; he squinched his face. “Swear it made off with a fawn,” he said. It was twenty years ago, and I don't know if there was a deer-eating eagle or not. He saw so many things. But now I can see that airborne eagle born in these words. My father told me of the people in his shadow, of their silver eyes and cat-like voices. “Gets harder and harder to sleep,” he said. “Mind always racing.” Once in Alaska I saw a flock of eagles, a dozen circling a salmon run. I snapped hundreds of photos; I even told the story a few times. Those birds swept down with great urgency, talons punching the water, tearing into fish flesh, sometimes with a force that cut the salmon in two. Headless fat-bellied salmon, caudal fin whipping thermal currents, even still, it swam for home.

A hawk hung in the Florida sky riding a thermal. Until it fell. Gravity worked against its heart-stopped body, headlong and barrel-chested. Feathers flinching. I imagined its eyes drawing on a rabbit or a mole—a death vision of some late-great hunt. I returned to my childhood, father chasing me, arms stretched like wings, his loops and barrel rolls. I felt heavy watching him dive towards the earth, falling jaw first. He had hit his head on a rock, soil soaking his sun-glint blood. He touched his head, a flap of flesh hanging over his eye. It was the first time I’d ever seen a human bone, and through labored breaths, he said,  “Oh, wow, Oh, wow, Oh, wow,” until the words lost meaning.

Craig Buchner’s work has appeared in a variety of literary journals including Tin House, Puerto del Sol, SmokeLong Quarterly, and Juked. In 2006, he won the AWP Intro Journals Award for fiction. Craig lives in Portland, OR, and teaches creative writing. You can find more of his work at www.craigbuchner.com.