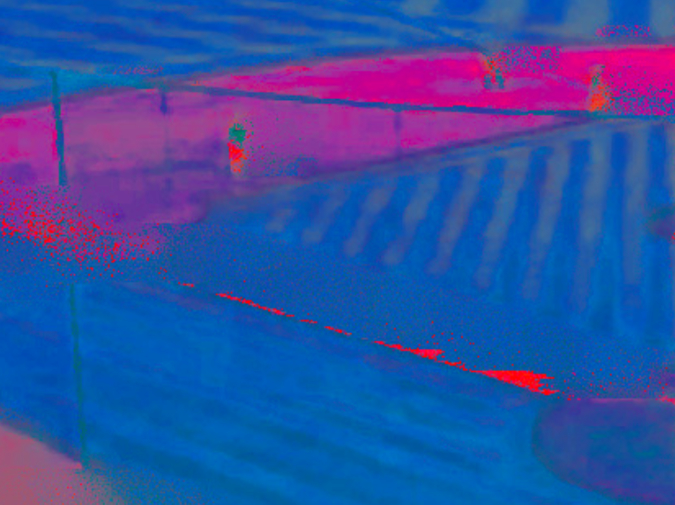 The year everyone was hitting home runs, Barry Bonds made lunch with his arms. He went to the kitchen and ate cereal from a box with a pinch hitter on it. He spit out all the cereal when he realized it wasn’t going to make him big and strong and that commercial advertising is full of lies. He called his mom on the phone and told her this. She said his Uncle Willie Mayes caught a ball between his teeth in the ocean during a hurricane once. Barry said good for him. Barry went outside and found all his friends were dead from not being big. It frightened him seeing them in this state. His son said these people do not look very good, Poppa Bonds. Barry put his large hand with the cereal crumbs over his son’s eyes and said forget what you just saw, son. His son asked why are some things are big and some things are small, Poppa Bonds? Barry said it’s all in the stance, then he made a stance of vague portent. The dead friends spread out on his lawn lifted their heads and started nodding and smiling, and because they were dead their eyes were white like pearls, and out of nowhere, suddenly, a giant predator alien appeared in Barry’s yard. Barry threw Dusty Baker at the predator but Dusty Baker just doinked off of the predator’s armor and fell asleep in a bundle of wristbands. The predator said his name was The Biggest Fan In The World. Barry said I’m going to murder your whole family and eat them and absorb their life essence to become bigger and stronger. They played a game of foosball that ended in a score of tied. They ate a bunch of bacon then and talked about how they both wished they were women sometimes. Barry’s son, eavesdropping in the next room with his catcher’s mitt to the wall, wondered if Baseball was his Mama. Five hundred miles away, Randy Johnson, flying on the back of a large undead vulture, wished he had a story written about his relevancy to humanity.

Jose Canseco wrote a book. The book was about the time he learned the secret of The Secret. The Secret was a very popular idea on how to become rich and famous after you’ve squandered all other avenues. The secret, Jose had learned, was to turn yourself into something you are not. He drank a swimming pool of olive Gatorade and said I am LeBron James now. LeBron James threatened to sue because he had the same idea. Jose Canseco said I would punch you so hard you’d become a six-time NBA Finals champ. LeBron James said I am your mother. Jose Canseco was depleted of enthusiasm for his newfound ability. He thought he was clever when he called LeBron James, Lebanon James. He laughed so hard his arm fell off. A bunch of steroidal ants came and picked it up and took it back to their anthill. Jose Canseco said: Who needs ‘em? He felt bad for “the lubricious non-changing of the world.” His love was the skyscraper the world ran out of. If only he could show his love and then be loved in return. He turned into a TV and sold a million big foam hands. He turned into his mother and asked himself why why why can’t you be a normal boy for once in your life. He turned into nature and asked why the buildings did not love him back. He felt and felt and felt. He felt he had reached a point where his face could become the world he had always wanted to share. He felt sorry for his arm. He felt sorry for LeBron James. He felt sorry for each raindrop that leaves the cloud too early and makes a splash before its time. He turned himself loose upon the world. He turned into a wolf and murdered everyone at the Wawa. Waking up, he knew that the stories written about the future are designed to prevent those futures from happening.

Shane Kowalski was born outside of Philadelphia. His work is found or forthcoming in Puerto del Sol, The Offing, New Delta Review, Passages North, and elsewhere. Currently he is a lecturer at Cornell University.