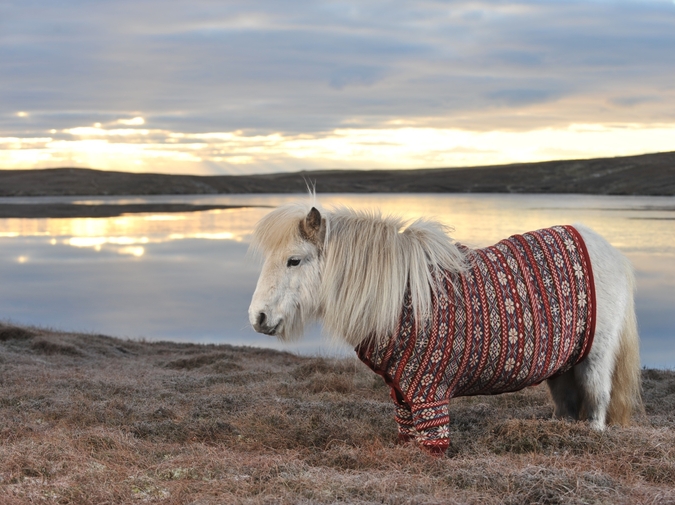 I have a tendency to get bored easily, both in relationships and in life. One of the things that made me feel confident about marrying Scott is that there is quite possibly no one weirder than him.

As proof, here are a series of behaviors that I have observed in this rare specimen of human being.

SCOTT AND HIS NERVES

Scott is an extremely nervous person. He bites his nails a lot. He feels guilty about biting his nails – if you look at him or comment on it while he is doing it, he will immediately stop, and he promised he would stop biting his nails “for me” multiple times before I told him I really didn’t care either way.

He also gets really nervous from everyday interactions. If there is a self-checkout available at a store, he will use it, regardless of how many items we have in the cart or how finicky the self-checkout machines are at the local Walmart. He had an anxiety attack at Olive Garden once, so now we have to make sure to sit in a booth, with him on the inside, since there is too much “waiter interaction” there for his tastes. Recently we were on a plane together; as the flight attendant moved down the aisles to take drink orders, I watched Scott grow visibly more and more nervous as she approached. When she came to take his order, he made a noise that somewhat resembled a “No” while gripping his fists and staring directly at the seat in front of him.

If Scott has OCD, it manifests itself most in food. If left to his own devices, he will eat a diet that consists solely of the following: soy sauce and wasabi flavored almonds, cheese, beef jerky, chicken wings, Snickers bars, Diet Citrus Drop Extreme Soda, Diet Coke, and Chewy Sweet Tarts. I have to make sure to only buy one container of the small size of almonds at a time, because otherwise the entire almond supply will be consumed in 24 hours. Scott also drinks massive amounts of soda – in California, we went out to dinner with some of my girl friends at a bar, and he consumed 2 pitchers of Diet Coke while we were there (he later told me he could have easily drunken a third, but he “didn’t want to look weird in front of your friends”). I might be concerned about his addiction, but as far as addictions go, diet soda is fairly benign.

The weirdest is the cheese, though. It has to be sliced, and preferably aged Swiss. The paper between the slices must be removed before consumption because it is “dirty.” You cannot set the cheese down on a plate; it has to be eaten directly from the hand (although it is acceptable to rest a slice on your pants). You cannot bite directly into the cheese; doing so contaminates it and you must throw the slice away. The only acceptable method of moving the cheese into your mouth is tearing it into tiny pieces first.

Although Scott has definitive preferences for food, he will eat just about anything you order or cook for him*, although he may feel the need to cover it in an extreme amount of hot sauce first. He also makes these weird noises while he eats, like this strange deep sighing thing, which I have also observed in his four-year-old daughter.

*Do not attempt to feed him celery or hummus.

He has none. He doesn’t care what you want to do, where you want to eat, what kind of detergent you want to buy, what he wears, the order that tasks should be done in, etc. At first I thought he was just being nice, but then I learned that he actually just does not care. On the rare instance that he does have an opinion, it is expressed with conviction, and there is no way of swaying him otherwise. For instance, Meryl Streep is a cunt and a shitty actress.

SCOTT AND HIS JEALOUSY

If you ask Scott, he is an extremely jealous person, and he is right – in a way. The truth is that he is only jealous in the moment, and only if the offending act (mentioning a past experience with an ex-boyfriend, for example) was happened upon in a surprising way. A good example of what not to do is make a little joke about how the Holler Boys should open for your ex-boyfriend’s band. He has absolutely no problem with talking about sexual acts you have performed in the past, things you loved about an ex, what you find attractive in a celebrity or peer, etc., as long as the conversation has been initiated on his terms.

He also has a constant need of reassurance. Multiple times a day, he will ask me to tell him that everything is OK, and that I won’t leave him. He does not seem to mind when I say this in a robotic manner.

He will make threats, namely that I have to get all my “shit out” and go back to California. He likes to yell a lot. Once he’s on a good one, his mouth will not stop saying words, even if they don’t make sense. It is also guaranteed that he will stomp out of the room, stomp down the stairs, sit there for about thirty seconds, stomp back up the stairs, and repeat the process at least three times.

SCOTT AND HIS “GIRLISHNESS”

One of his favorite topics of conversation is how hot celebrities are. Celebrity crushes of Scott’s include Brandon Flowers, Javier Bardem, Paul Newman, Michael Fassbender, Sam Shepard and Brian Allen Carr. He also really enjoys what he calls “girl friend time,” which involves staying up late, listening to pop music, gossiping, applying face masks, and discussing the virtues of different articles of clothing or make-up – which, for me, is one of the reasons that he is an ideal partner.

SCOTT AND HIS IRRATIONAL HATRED

Certain things offend Scott on a spiritual level. He really hates people who wear bike helmets, as he thinks these show a lack of self-respect. We went to see a movie in a movie theater that had those fancy seats that recline, which bothered him because “part of the movie-going experience is being uncomfortable.” He has an extreme hatred for both Colorado and Ohio. Hummus is something to be avoided, on principle. If you really want to see him squirm, say something that implies that artistic creations are supposed to be met with certain levels of morality.

SCOTT AND HIS WRITING

Although he has said in numerous interviews that he has no specific writing habits, this is a big fucking lie. All drafts are handwritten in a notebook in handwriting that is completely illegible. The notebook has to be single subject wide rule and with a cover of a specific color – The Sarah Book, for instance, has been written entirely in purple notebooks. After a draft of a section or story has been written, he will recopy it into a different notebook, making small changes throughout. Then the whole thing will be typed.

Until the draft has been entered into the computer and emailed to himself, it must be carried on one’s person at all times because maybe your house will burn down. This meant that at one point he was carrying a bag stuffed full of multiple notebooks. I bought him a fireproof safe, but this proved to be an impractical purchase because of the possibility that the safe might fail to work properly.

He can write in just about any situation, including in a car, on a plane, and in a noisy living room while there is a TV on and children playing, but preferably the writing will be done on the floor while consuming massive amounts of Diet Extreme Citrus Drop and with a tiny boombox next to him. Scott is the last person I know who still buys CDs. Dozens of CDs will be scattered around him, and he will listen to one song or one part of one song repeatedly and then change the CD.

SCOTT AND HIS MEMORY

Scott’s brain is basically a mini Wikipedia. He can tell you what year an album came out, when a war began, who directed a film, who a celebrity or historical figure was married to and when, and a lot of other semi-useless bits of trivia about pop culture and history. If you ask him about a book, movie, or album, he will be able to tell you when he purchased it, what was going on in his life, where he bought it, and what other items he may have purchased it with.

His memory requires a constant stream of new material to feed on. He has seen just about every notable movie ever, listened to and bought every album, and read every online article before you even had a chance to click on it.

This doesn’t even account for the books. There are books stuffed in boxes in every conceivable hiding spot in our house. All of the bookshelves are overflowing. Over Christmas, he went through a 600 pg Chet Baker biography, a biography on the Jesus and Mary Chain, Morrisey’s autobiography, Good Morning Midnight by Jean Rhys, Why Did I Ever by Mary Robison, two poetry collections (Boris Pasternak & Marina Tsvetaeva), Wayne Kostenbaum’s essay collection, and a collection of love letters. It was actually kind of disturbing.

A BRIEF MESSAGE FROM SCOTT

So I think I have to take up for myself here.  I think if you studied someone for a little while everyone would have a pattern of behavior that one would call “weird” or whatever.  For instance, I decided to read The Count of Monte Cristo at the end of November.  One day I was sitting on the bed and she said, “Why are you reading a book about a sandwich?”  I laughed a little and thought that would be the end of it. But then a few days later we were sitting in bed and I said, “Man, this is really great.  Like really great.”  And Juliet said, “Oh are you getting to the part where he decides to invent the sandwich?”  This continued for the next week until it felt like my mind was going numb.  We were even having a normal conversation one day and Juliet was moving stuff in the room and picked up the book and said, “God, I hate this big ass sandwich book” and then she kept talking about normal things.

Another time she saw a pack of dogs running around one day when we were taking a walk and she said, “Hey, look at all those ponies.”  A few days later we were watching a nature show or something on TV and it was about tigers.  Julia said, “Oh what a bunch of cute little ponies.”  I’d had enough of her pony shit.

I have a theory people are the same way when they’re 28 as they are at 88 and that there is no such thing as senility, aging, etc.  People are every bit as forgetful and bat shit crazy when they are 28, but it only becomes socially acceptable to lock them away in the nursing home when they’re 88.  Juliet is a perfect example of this.

When Juliet is young she can get by with calling a bunch of tigers on TV “ponies,” but when she becomes Grandma Juliet and she’s no longer young and pretty and she calls a tiger she sees on TV “a pony,” she’s just a step away from getting her ass sent away.

Juliet Escoria is the author of Black Cloud. She has a Tumblr and a Twitter.