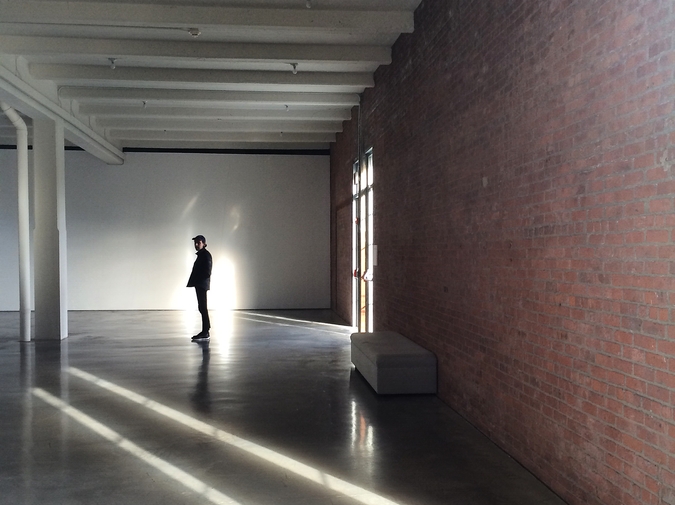 This is why you feel so damn unsafe all the time. You work in a transitory place. A neither here nor there place. An uncanny valley. This is why nothing feels quite right 100% of the time. This is why, despite the fact that you’ve been here for two years at the sunglasses booth, you feel as if you’re always on your way to someplace else.

In transitory places there are no manners. Men skirt around the elderly, clipping them sometimes just out of spite. Just to punish them for living long enough to still be in the way. You watch with purpose and precision. You watch because there is nothing else to do, as no one buys sunglasses in the airport.

Well, that’s not true. You rely a lot on hyperbole here because it transforms the transient into something concrete. If you say no one ever buys sunglasses, then at least something is for sure. Nothing is for sure here. You can’t even argue that well, at least the airlines are flying because sometimes they’re not.

You wait for what you hope isn’t inevitable. You have a plan. You will not hide behind your booth because there is a marked difference between concealment and cover. You read this in a book once. Concealment simply hides you: a plant can conceal you. But cover blocks you from gunfire. You want cover, and the sunglasses booth doesn’t do much in that respect.

There’s a concrete barrier by the windows that you have already chosen. It’s not far from an Employees Only office space. You will run in there if and when you have the chance. You will run and never fight. You are not a fighter.

You are thinking about assault rifles and active shooters and how maybe you’ve been drinking too much iced coffee when a man in a suit hovers near you, looking at the sunglasses. He is handsome but he won’t give you the time of day, not in this outfit.

“I lost mine,” he says, eyes scanning the reflective black lenses.

You’re not sure what to say to that. He has a duffel bag on the ground by his feet and your imagination starts to run. You feel jittery.

The man puts the sunglasses on and checks himself out in the mirror. You wonder what he does for a living and conclude that it’s probably advertising or something with Hollywood. You get the sense he travels a lot and probably understands your pain and constant sense of unease.

You have a theory that staircases and hallways tend to be spookier, especially in strange houses, because they are transitory places and not because there’s a ghost hanging out.

You suppose you were making a pained face. You tell him you are and apologize for having too many cups of coffee. Then, because he’s cute, you confess that you’re not used to customers because nobody ever buys sunglasses.

“Must get lonely,” he says with a smirk. His smirk is electric and you imagine taking him behind the sunglasses counter to give him a BJ. You don’t tell him how lonely it is. How, over the past year, you haven’t been yourself and how you’re not sure but you suspect it has something to do with the sunglasses booth.

“How do you stay in business if no one buys sunglasses?”

He sits at a nearby gate and you watch the back of his head for a while. When his plane departs the once empty gate fills up again. You’ve learned to see it as a tide table. The travelers swell in and out like water, and you are the reed, pushed by the tide, affixed to the ocean floor.

You watch the gate and the corridor for any suspicious people. You are a lookout. No one knows how sharp-eyed you really are. You can be, because no one buys sunglasses. You have time to observe. It’s an honor, really. It’s a lot of responsibility.

To be honest, you don’t trust people who buy glasses in the airport. They have to be up to something. Except that cute guy who was maybe there to flirt with you even though you look terrible in that black polo. Like a goth golfer.

A man who isn’t attractive and has a strange look in his eye is hovering around the sunglasses. You suck your iced coffee and frown at him, saying with your eyes that you know what the fuck he’s up to and he’s being watched. He sees this because he’s intuitive, and walks away. You keep an eye on him until he’s so far down the corridor that he blends into the crowd.

You need more coffee but your shift doesn’t end for another hour so you chew on the straw and study the passersby. You are ready to run if you have to. And you will keep running. The straw breaks off in your mouth.

There is a part of you that wishes something would happen because then you could join them. The world wouldn’t be passing you by. You would be a part of it—an exclusive member, one with the tide. The more time spent at the sunglasses booth, the more willing you are to endure pain and suffering just to feel human again. You chew the unmoored hunk of plastic and agonize between the choice of spitting it out or swallowing.

Elizabeth Green lives in the Philadelphia area. Her work has appeared in McSweeney's Internet Tendency, Wigleaf, Necessary Fiction, The Doctor T.J. Eckleburg Review and others. For more, please visit http://elizabethgreenwrites.com/.