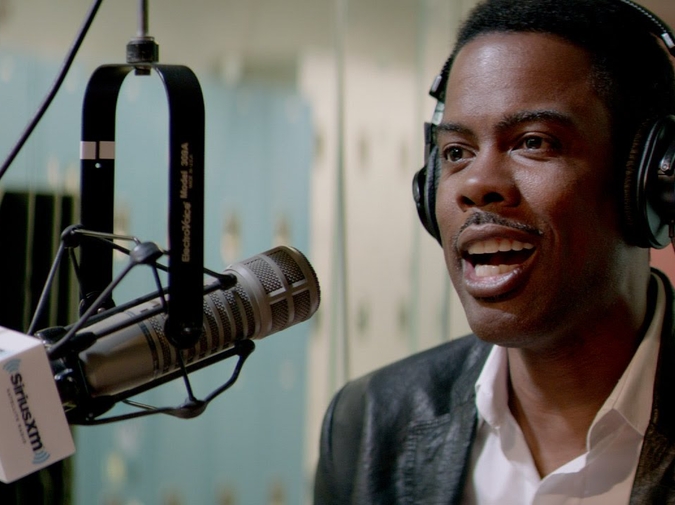 "The more menacing the truth, the better it feels to witness." Marc Maron

Seinfeld near tits is an innovative sight. A billionaire can only be cropped next to libidinous events with CGI. It appears comedians struggle to retrieve their teeth back from fame. The next script must arrive dependent on a small neighborhood of well-wishers. But sometimes we’re privy to a David Alan Grier in Tales from the Hood performance. If you knew him from In Living Color, unaware of the Yale drama degree, there was an added abject fear layered into his take on child abuse. Who will spare Chris Rock his fortune so he can scalp again? I saw Eddie Griffin do his recent standup. He was mean, peeved even, gruff, working the economy off his talent, earning his trade with a fuck you to the platter. Rock is one of the sharpest social commentators alive and we’ve yet to see this fully translated into a movie character, a glimpse here and there: Nurse Betty. CB4’s kind of outdone, though, by Fear of a Black Hat. There’s a wise element even in his formulaic gestures. A feel of your lesser Woody’s, still perhaps endeared. He’s always stabbing for integrity, free of overt pandering, and you know he hammers his lines out in clubs until they’re perfect. He is an iconoclast improperly fit into cinema. Not an everyman relatable hotdog knight, he can legitimately unhinge when let. His standup is so masterful the movies can’t keep up. Top Five moves him toward something felt. Scenes preface each edit, you can climb the stilts of their arrangement. The skein of an audience too intact, heartfelt meta-romping, clever from berth to bed stains. We can go way past Haiti with Rock and the seats will fill. Meanwhile, Apatow’s success, undeserved but explainable by way of mediocrity, his okay get-togethers, taught me I don’t care about the personal lives of the actor-rich and their fucking cohorts. And Sandler transmits the humidity of his diarrhea barely cameoed into Top Five. Sandler did Punch Drunk Love and I guess retired from quality. Tucker had his brilliance exhibited in the seminal Friday and the unmitigated (I fear for your tonsils if you haggle with me on this) masterpiece Dead Presidents. Martin Lawrence, whose career seems hinted at in Top Five, a manic genius with a wonderfully absurdist TV series, Martin, upon which he can rest while maneuvering studio dick or just Kung Fu some beer, doesn’t require a sermon regarding the intimate stakes of his autobiography. Pryor and Carlin jettisoned their backstage gloat to emerge from such livelihood as legends. But even Carlin never got a Blue Collar. I remember his Fox show being somewhat brave, but nothing approached the Hicks-influenced album You’re All Diseased. (Who didn’t Hicks influence? I grew up on Leary’s polished screaming mimicry, though I like his anger too, I like Demolition Man, also Judgment Night is top shelf for me, dibs on the novelization, I will E.T., Superman III, William Kotzwinkle myself for JN.) The stars must stop being nodded at in this country. There might almost be a crisis.