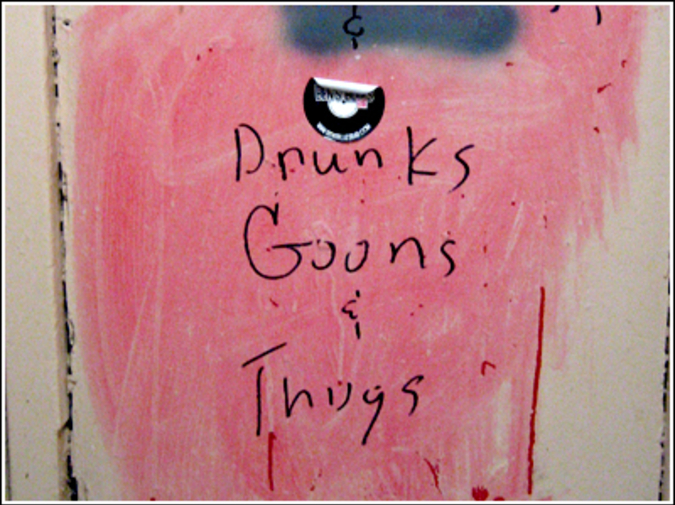 It got to where I couldn't stop talking about him, though our relationship had to be secret — there was no other way — for he was fifty-eight, Daniel M. Kennedy Professor of History, recipient of the 2001 Pulitzer Prize, father of three, husband to one, and I was twenty-four, graduate student, aspiring scholar, ambitious, tenacious, and so enchanted with how my life had turned out that around my friends, words spilled out of me like champagne from a pyramid of flutes, and all I could do to protect him — to protect us both — was give him a new name, and so for a while, he whose office hours I'd attended after weeks of gazing up at him at the lectern, he who I'd spotted sitting by himself at the bar as my friends and I were leaving, he who'd persuaded me to stay for one more beer, that stretched into three, then gin and tonics in his living room — his family was at his mother-in-law's — was transformed into Mortimer Spencer, Spence for short, the cocky, workaholic, slightly smarmy hedge-fund manager, who I met playing tennis at my brother-in-law's club (his ball smacked me right in the head, from the adjoining court, like in the movies!), but mi amore was charismatic as a talk show host, his jokes so hilarious, his stories so brilliant, it was all too unbelievable to come from one ordinary man, so I invented a second, then a third, and a fourth, and before long, in addition to Spence, my friends learned of Tom, bookish, introverted, high school English teacher, and also Andrew, buck-toothed, earnest, District Attorney, as well as Troy, Harvard-educated, eccentric, writer of an unpublished and un-publishable collection of essays, a boy who spoke in a strange, clipped accent, as if he'd grown up speaking a Scandinavian language and learned English later in Swiss Boarding schools, but in actuality had grown up in Newton, MA, and with all my imaginary men, I would go to the opera and to indie rock shows, the U.S open and the dog track, London and Paris, Cambodia and Laos, until one day months later, as I sat in my room willing the phone to ring, I realized I was becoming an imaginary slut, when really all I did was spend time by myself, inventing stories to avoid thinking about him.

When I was seven I asked my father what was inside car airbags. He said they were filled with uncooked popcorn — that if, God forbid, we ever crashed the car, the popcorn would pop and we'd have a snack until help came. I tell this story often, mostly because it makes people laugh, but partly because it makes me feel like he used to be a pretty good dad. We haven't spoken in years; the only way I hear about him is through his website. He runs a tour company in Sicily with some woman named Rochelle. Together they wisk their wealthy, English-speaking clientele around the picturesque countryside, stopping at wineries and ancient ruins and remote hilltop villages. One morning, I go to his website and find a new photograph — he in a dark suit, she in a ridiculous, frothy white dress; they now call themselves David and Rochelle Martin. I click on the contact us link to send them an email. I type, fuck you, then delete that and type, congratulations, then delete that too. Without quite knowing why, I begin to shake. I close my eyes, try to inhale and exhale to the count of five, then I see myself at age seven, strapped into the back seat of my father's car, and all that is visible is his mass of brown curls fanning out above the headrest. When I ask my question, he pulls down his sun visor so he can see me in the mirror, and as he answers I watch the magnified reflection of his eyes, and they crinkle at the corners as he laughs and laughs.

Mom calls to ask why I haven't replied to her emails. I tell her I'm busy writing, that in fact I'm writing right now, that I don't even have time to be having this conversation. She makes a grunting noise and says fine, that she and my dad are starting to worry and I should call when I have a minute. Before she hangs up, she reminds me it's not too late to go to law school.

I put down the phone and stare at my blank word document for five more minutes. Then I check my email on three different accounts, read the New York Times online, set up a profile on a new social networking site created by two guys I went to college with, and check my email one last time. I'm about to google "taking the LSAT," when Mary Gaitskill taps me on the shoulder. She tells me to get it together and to stop letting my parents boss me around. "Mary, that's way harsh," I say. She shakes her head and sighs. "Victimism. The plague of the middle-class. Nobody knows how to think for themselves anymore."

Gish Jen emerges from the bathroom in my robe, a towel wrapped around her head. "Look, I dropped out of Stanford Business School," she says. "Sure my parents were disappointed, but they got over it, and yours will too." Perched on the edge of my bed, Jhumpa Lahiri clears her throat. "Just write a Pulitzer Prize-winning collection, followed by a novel that gets made into a major motion picture," she says. "They'll get over it real fast." "National Book Awards are good too," Marilyn Robinson, seated beside her, adds helpfully.

"What a load of drivel," T.C. Boyle says, stretching out on the sofa. "None of this is useful. We're talking about art here, kid. Good writing saves lives. This is no trivial matter."

"Do you always have to be so goddamn condescending?" Marilyn agrees.

T.C. rises. He towers over everyone in the room. "Watch your tone," he says. Marilyn's eyes narrow and Jhumpa jumps in between them as Mary and Gish yell for everyone to just calm down. They all start to talk at once, and I look from one angry face to another.

That's when I notice someone napping in the corner. "Mr. Carver," I whisper, nudging him lightly. "Do you have any advice?" He snorts and rolls over. "Will you all just please be quiet, please?" And with that I herd them out of my room — Mary, Gish, Jhumpa, Marilyn, T.C, and even Ray, who rubs his eyes and yawns and complains that he wasn't even involved.

A 2003 graduate of Stanford University, Kirstin Chen lives in Boston where she is an M.F.A candidate at Emerson College and editor-in-chief of Redivider. Her work has appeared in Fringe Magazine and Juked, and she was a recent Glimmer Train contest finalist.