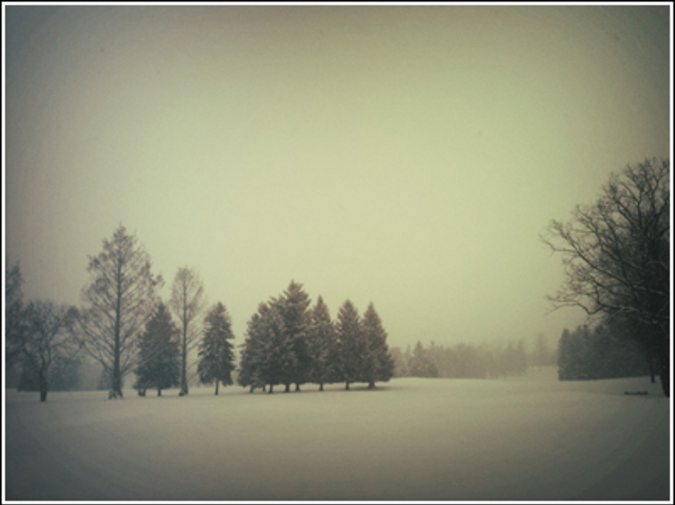 The Business of Waiting

We go to the golf course with a case of Busch and two deep-sea fishing rods fitted with steel leaders. We go at night, the high beams of the jeep shining over the water. It shimmers and shakes with every little breeze. It explodes like a broken windshield with every fish that jumps. We cast out lines with chicken legs skewered on big hooks. The waiting is the best part. Sounds of bullfrogs, sounds of bugs. My father asks me, Whatever happened to that girl? Why don’t you call your mother anymore? Dad uses the gators to make boots, belts, whatever people are looking for. He eats the meat. You have to wait until it swallows. Snare the dinosaur inside his fucking gut. That’s why I like the waiting best. Bellows of bullfrogs to their mates. He keeps a .357 magnum in a shoulder holster to finish the job. He reels them in writhing, confused.Fucking slow night, he says. We drink the beers, wish there were more when they are gone and complain about it until the sun comes up, and we are drunk in the sunrise.

I had a dream, which was not all a dream.
The bright sun was extinguished, and the stars
Did wander darkling in the eternal space,
Rayless, and pathless, and the icy earth
Swung blind and blackening in the moonless air;
Morn came and went -and came, and brought no day,
And men forgot their passions in the dread
– From “Darkness” by Lord Byron

I have this dream, which is not all a dream: my dog escapes out the open front door, and when I follow, I find her standing on the sidewalk as she gnashes her teeth and howls. She is not willing to go as far as the street. There are blasts, flashes to the north. Just fireworks, I am told, but I don’t know for sure. I want to see for myself. I drive to the city. Columns of smoke rise, plumes of swirling birds hit the windshield, splattering. They smell like garlic chicken and I can no longer see the road. Darkness has no need of aid, but I do. There are things missing when I wake. The whiskey must have been taken to Jesus. There are no mountains, no volcanoes, here, but I believe the ground has begun to shake when a watermelon rolls off my kitchen counter, explodes when it lands. It smells like vodka. My knees give a little. Byron was writing in the rain—across the world—when Tambora blew. Mary Shelley with him in that Swiss cabin discovering Frankenstein. The sun was out when I woke, but no longer. It’s chilly and what looks like snow has begun to fall. I had thought it would be a fine day.

The Prophet of Perugia Speaks to Us

I have a vision, or maybe a memory, because I have been drinking, again. In the city, we walk through the alleyways and end up at another expat bar. Pisco, the owner, greets us. I’m convinced that he is in the mob. We drink for free. We eat for free because Pisco likes me. You’re concerned about this. I’d rather just think that I’ve made a friend. The food is no good. You say as much. We have just met. We smoke cigarettes all night. We smoke joints on the cathedral steps, and then, and then, we put sugar cubes on our tongues just to see what happens. The prophet is with us. His beard is long. I don’t understand a word he says. It’s the local dialect, you tell me. Jesus, hold our hands. We need it. Imagine the walls surrounding us throbbing and hurting. Fuck the unsalted bread in this city. An affront to the pope that’s gone too far. But then there’s the pork. Pork is love. We go to La Tana Del Orso and I play songs for you. You take pictures while news cameras take video. I sing, Walk with me until tomorrow, and you do. We see that mangy dog that follows the drug dealers around and it licks your palms. You are disgusted by this. As you should be. Thing probably has flees. We come back to the prophet. He holds the bible. He shouts at us. You say, He says I’m a whore and you’re a drunk and we should give in to the lord Jesus Christ. I fall to my knees and look up at the bearded man, his cheeks red, his hair standing on end. You’re laughing so hard I can’t tell if you’re crying.

Alex Streiff is a Missourian living in Ohio with his two dogs. In his spare time he brews beer. He is currently working on a novel set in Missouri titled Devil Take You Away.  His poetry is forthcoming in Slipstream.