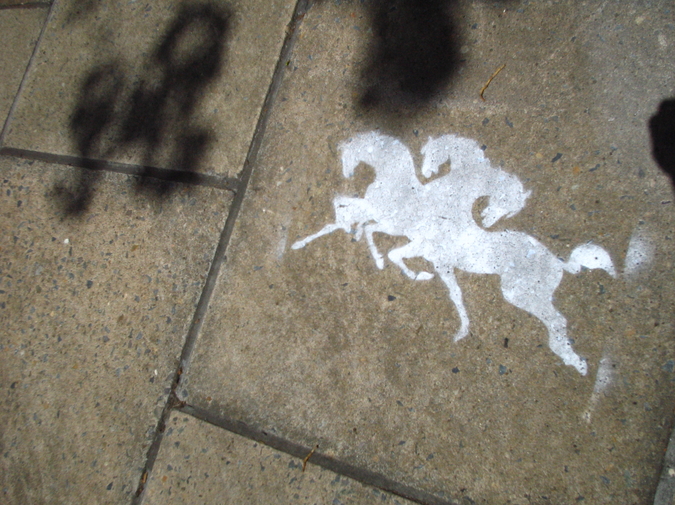 After the bird flu it wasn’t safe to eat the chicken or the stuffing. Gloves and knives couldn’t protect us. For the first time the chickens were calm as doves. For them, it was finally safe to hatch babies. Chickens suits became fashionable but fashion never kept anyone safe and you don’t get on the cover of Vogue all buttoned up.

My locks broke. There was a hole in my medicine cabinet. To keep safe, I needed a prince to marry me. A prince to pose with surrounded by missing babybirdstuff. It wasn’t right, but it’s the way this linear, opposites-attract world worked and I had to live in this pussydickholed patriatchy.

But I was in no mood to marry. I needed connection to a prince who wouldn’t try to fuck me.

I needed a brother.

Rauan looked just like me except his hair was the texture of a dog’s and the shade of a cat’s. His eyes shined like fruit plucked from a wolf’s jaw. His jaw squared and slacked while his breath wafted like Father’s, if Father had worked in a coal mine. Rauan’s overall aroma was closer to Mother’s, but mushier and dragon-doused, like he was older by centuries. We were practically twins.

Nobody remembered him. Nobody wanted him. Except me.

We approached an impressive city we had never been before. We could not help but notice its deceiving beauty, the skyline littered with rows of brightly colored rotundas. We watched a man work on the roof of a dome, the most incredible view we ever had. We saw a man on the corner with a sign that said TEETH FOR SALE.

We were so young, even sunlight seemed beautiful and necessary. But what was really necessary was that we braced ourselves seconds before Mother rear ended the car in front of her. Maybe she hit the car or maybe she swerved just in the nick of time and hit something completely different. That part isn’t important any longer. Or if it was, it is no longer because it’s been blown to pieces. What is relevant is how frightened we were and how thankful to have survived the event.

We tried to join Mother for a hug, but she didn’t want our hugs, she wanted an apology. How dare we be frightened around her. Didn’t we realize how terrible that made her feel? How very selfish to display such brazen terror in her presence. Imagine how we made her look in front of all the others.

The cops arrived, Mother fell asleep, arrangements were made and you and I were put in shackles, forced to share a cell with a forgotten elderly couple. All for our own safety. We were brutalized with paper shoes, the safest method of brutality which we were grateful because we expected so much worse. We weren’t really prisoners, the shackles possessed a stark, snug beauty. In their clutches I slept deeply for the first time in months.

Eventually the real prisoner awoke, a specimen possessing true movie-star beauty. Someone remarked, “utterly intoxicated.” She escaped by speedboat, wind in her hair, probably on her way to rendezvous with Harrison Ford or Bruce Willis or some other ridiculous alpha persona with a stone face and well-muscled arms.

We watched it all through the barred window of our safety. You thought for sure she’d come back for us once she tired of real man.

I was relieved when she didn’t.

When I performed my premature cesarean, I was surprised to discover there was no going back. Surprised at how quickly the incisions began to close. I did this to myself somehow, in some way, without any recollection of how much time had passed. Surprised at how quickly the cord coiled down the uterus drain with all the blood and mucus. Least surprising was the tiny sarcophagus I pulled from my womb, with its carved ultrasound beak. A living face of a future not to be? A miscarriage of death? My baby bird grew in a brick. Maybe. A limestone conception? When did she die? Was she ever alive? Was there still time to put her back? Did I want her there in the first place? Would I be obliged to announce this event on Facebook? My womb as a tomb of poor decision making and there seemed to be an audience for it. An audience roaring to eat it up.

I screamed for Um. He didn’t hear. He was dead.

I screamed for Terrifyingly Handsome. He didn’t come. He was brooding.

I screamed for Rauan. He heard. He came. He shrieked, “I don’t know nothing about rebirthing birdies!”