This Mom I Know 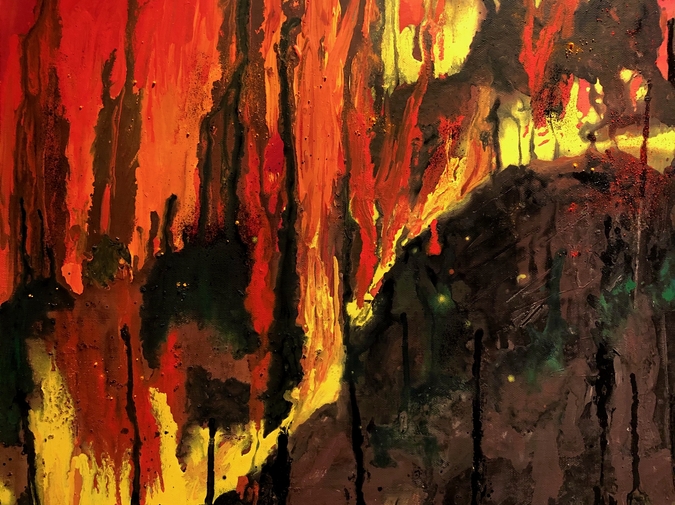 Betty's son Jonah is convulsing in the kitchen and there are fifty ways he could die. She's worried but she's not that worried because this happens one hundred times a day on average. But occasionally she and Jonah are out and she's not sure what wicked this way comes so she must be on higher alert than usual. Her son has had these seizures since he was a baby and there isn't much she can do about it, and well, Jonah's practically a man by now, feet like boat paddles, towering over Betty like a telephone pole. So when he does sprawl out kicking and flailing there needs to be quite a radius of no-go zone. Betty is good at moving furniture out of the way. Once she moved a grand piano by herself up a flight of stairs. She carried a whole bedroom suite on her back. When the stars align, she and Jonah bake lemon bars and watch a comedy about people who died by mistake and sometimes they'll walk the dog in the fog. And when nothing happens but crumbs on the couch and depositing little green bags of dog poop in the trash it is so extraordinary, afterwards, when like any teenaged boy Jonah is in his room (door open, door always cracked open), Betty will press her forehead against the bathroom window (door open, door always cracked open), a towel clenched in her teeth so no one hears her ugly cry. She has not slept in 17 years. Her memory is too good. For example, she can recall when Jonah blacked out and forgot they went to the park and rode the merry-go-round. What's a merry-go-round like? his small-boy-self asked Betty when they got home. Just a circle spinning, she said. And she knows that right now, at 17, practically a man, even though current kitchen crisis has been averted, she must hand him a butter knife to cut his steak because a steak knife always wants to be a murder weapon in twitching hands. Betty is not ready to die yet thank you very much. Betty won’t believe that life’s that big a bitch, ha ha. But enough is enough. And so later that night after the comedy episode where a man dies from accidentally choking on a pretzel Betty waits until Jonah is asleep and then runs barefoot into the woods. The moon is big and spotlighting the leaf litter where Betty begins to dig. With her bare hands. Until her knuckles bleed. She digs and digs her nails chipping and tearing-off from hunks of rocks that she tosses aside hauling up boulders bigger than her car heaving them aside like balls of fluff because enough is enough and Betty doesn’t stop until she reaches the earth’s molten core. It’s really fucking hot. But Betty lets it singe her hair off and barbecue her skin until it’s scaly as a lizard. She lets the heat burn through her bones until she becomes a flaming arrow arcing up out of the earth’s core into the furthest reaches of the exosphere where there is so much nothing happening the pissed-off flaming arrow of Betty explodes into a massive sparking confetti fest that showers down over the whole crying shame burning up dirty deals and bad breaks -- even setting the deep shit ablaze. The holy mess burns and burns. And when it has melted down leaving just a fine powdery gray Betty pulls herself back together blinking ash out of her eyes and sweeps it all up with her enormously powerful broom. Into her colossal dustpan. Into the trash. There, she says with a satisfied smile. Things are tidy now. Her boy, her almost-a-man, her Jonah is forever seizure-free and she can finally take a nap.

Lisa Lerner is the author of JUST LIKE BEAUTY, a New York Times Notable Book of the Year; currently in development as a film with Lars Von Trier’s Zentropa Production Company. She has published humorous fantasy in McSweeneys, Queen's Mob Teahouse, and elsewhere. A long time ago, she performed as Cowboy Girl in the downtown performance art scene in New York City.