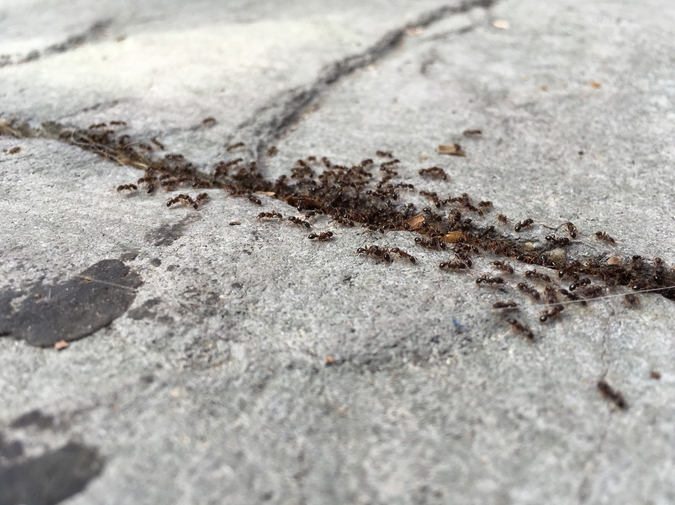 I stopped drawing stars on my student’s papers. Stars are dying suns shouting out “goodbye!” as they disappear. Why should that signify goodness?

At the time it didn’t seem auspicious. I didn’t have the type of anxiety that makes you want to turn random occurrences into a coherent narrative.

I affixed a surgical mask to my face. I compressed the metal band around my crooked nose. I blew hot air into the soft paper until it became slightly damp. Gun shots rang from River’s bedroom. Screams too, rally point alpha! Krauts across the bridge! I went in, sat on the floor and spun his fidget spinner.

Wall writing remained from his teenage years, all done in black. "I believe in firemen" A tree with arms and legs for branches. A doodle that looked like this: 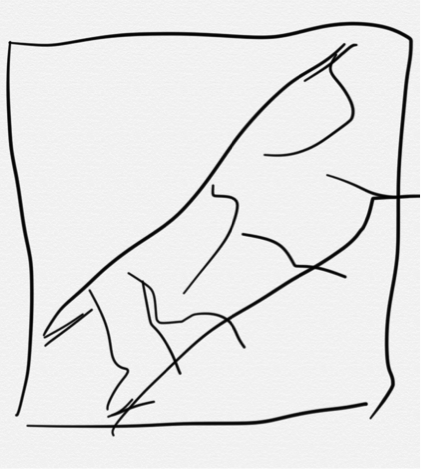 River’s head glowed, bald and tan. The scar, which ran from skull base to right ear, resembled a baseball’s seam.

On Tuesdays I taught White-Jamal to write inside a Fort Greene brownstone. I call him White-Jamal because he was white and his name was Jamal. He was in the highly gifted track at a Brooklyn charter-magnet elementary school. His parents, freelance graphic designers in possession of sizeable trust funds, were worried his performance on first grade standardized tests placed him in the bottom quartile of children in the highly gifted tracks of Brooklyn magnet-charter schools.

We sat on opposite parts of an L couch with a coffee table between us. White Jamal banged his light-up shoes against each other, causing red to twinkle out of rockets.

“Why not stars,” he said, holding up his crudely written wide ruled sheet.

“We don’t do stars anymore.”

“We can’t do stars because stars are dead. Do you want to play a game?”

“My mom says I should focus on non-competitive achievement right now.”

The headaches forced River to return home from the farm. His family lived in Tribeca. The writer Robert Bingham overdosed on heroin in their apartment. That was before it was River’s parents’ apartment. Also it was a loft.

When River wasn’t gaming we’d sit at a long wooden table in the living room. Beside the table was a vintage bar cart filled with bottles of expensive alcohol. Beyond the bar cart was a baby grand Piano. Open Chopin sheet music leafed out on the stand. Bob played it when no one else was home. Above the piano hung a twice than life-sized photograph of a man with his mouth open. His face was damp and pearled with soap bubbles. Inside his mouth in black and white was a second image—the man’s parents standing shoulder to shoulder in work clothes. I asked River what it meant. "Nothing," he said, "it’s art." Bob, who stood behind us, said, voice slightly slurred, "it's about the limitations of what we can give to the people we love."

During all this I fell in love. Caroline could’ve made me happy anywhere. Because of her I understood what has been described by writers as: “the sensation of missing someone while you are still with them.”

For my own health, I will largely leave her out of this piece. Remember, however, that she exists. And that I love her.

After the headaches he went to doctors. Then he went to doctors that you only go to on the recommendation of a doctor. They put him in machines that used whirring magnets to take pictures of the brain. The images of his brain convinced the doctors that a piece of his brain—a piece that had been unnaturally growing for an indeterminate amount of time—would need to be removed. The doctors removed the thing. The thing left bits, clinging to his cortex, or something. They prescribed “treatment.” It blasted away the bits with chemicals. He was cured.

On the home screen of my computer a golden retriever lies on outdoor tile. Behind the dog, in the top right corner of the frame there is a lantern canister, a bronze statue, and a terra-cotta pot filled with red flowers. A furrow runs between her brows and down about two thirds of the snout. One back leg is angled down so the pads of a paw face out. The other lies flat and tail wrapped. Above her paw is a desktop saved image file. It is a picture of River. He's in a backyard with green grass, two tiki torches, three trees and a pile of blocks. He shakes his hand at the camera. It is blurry.

Caroline and I went to concerts at DIY music venues. They were technically illegal. The police tended not to care because the proprietors were wealthy and white. The bands were “intellectual.” The venues, which people called “spaces” were named things like Trans-Pecos, Market Hotel, Silent Barn, The Polo Grounds. One by one they closed. That was later.

Painted on the cement wall at Polo Grounds was Willie Mays, making a basket catch. I said to Caroline, “a polo player would be funnier.” She said, "this place is for assholes.”

I liked to think my friend Weston wasn’t an asshole. We’d come to see his band. The band didn’t belong to him. He was just a member. The band belonged to Hershall Rosenfeld.

During the performance I leaned against a pillar. Caroline leaned against me. The pillar supported the roof. Hershall Rosenfled bit his lip during solos. His left forearm was tattooed with a solid cylinder of ink running from his elbow to his wrist. That type of tattoo only meant anything because people understood how much it must hurt to get a tattoo like that. Caroline gripped my shirt as if she was about to blow away. Or, I thought she thought she was about to blow away. Maybe she just wanted to go home.

At a cabin, holding electronic lanterns programed to flicker with the cadence of a natural flame, we walked outside. My finger on the top of River's spine, steadying him. Wind would have whipped the leaves from trees if there were any leaves on trees. "That's a spruce" he said "that's a maple." His boot went off the trail, plunged into the bank. Snow soaked his pant hems. I held him. We were high. He said something about living a memory. Or living memory. Above us the moon slowly changed size. The stars glowed. I gripped River’s shoulder. I felt myself wanting to cry. He was dying. The stars were dying. Death was converging on the sleeping human world. I was sad my girlfriend dumped me.

I missed calls from White-Jamal. I missed appointments at the dentist, barber, a writing workshop, and tinder dates. I “dipped in to my savings.” I “took some time for myself.” I “took a little break.” I “took a lot of L’s.” I thought about getting a dog. I bought the requisite tools to cut a smaller door inside my door. I wrote my email on adoption lists in Union Square. I read poetry. I read all the disaffected young male writers. I listened to Mount Eerie. I talked, extensively, via written online communication about “not feeling like a person anymore.” I still felt like a person.

At a light on park and 63rd the cab driver motioned out the window and said "fall starting early, eh?" A corrigendum of grey clouds hung low. "I think it just needs to rain," I said. "Have you picked up flowers for Debra?" "Excuse me?" "Phone. I'm on the phone." The outdoors, walled in by high rises and capped by the clouds, seemed like a room. You’re steeling that line. That isn't yours. That idea isn't original. You need original ideas.

I drank red wine by the window. I held a book that I'd taken to read on the train before deciding not to take the train. A college classmate tapped the cover with his pointer finger, said "does this make things better?" "No," I said, "the title is misleading. It's about other stuff, mostly." "Oh. You should read the goldfinch. The goldfinch made things better." "I'm never going to read the goldfinch." I’d meant to just think that.

Bob and I sat on the floor of River’s room. A pale carpet rectangle where his bed used to be. Sheets hung over the drawings. "I just couldn't get rid of them," he said, "but I also can't look at them. You know?" He passed me a laptop playing a slideshow of photos. "Now that one," he said, "is River at the Eiffel Tower."

We told stories. We cried.

The other people left. Bob and I were drunk. I told him it was probably time for me to leave too. At the door he clasped me on the shoulder, I ran my left hand firmly through my hair, twice, then bit my lip.

I saw the photo of the man. The family in his mouth.

In another photo, River cradled an owl like a baby.

“This doesn’t have to be goodbye,” Bob said, “we can go bowling. We can do something that isn't this.”

I went outside. There were so many stars and they all were talking to me.

Jackson Frons grew up in L.A., went to school in Vermont, and lives in Brooklyn. He's working on a novel and a collection of short fiction. He also teaches people how to play tennis. Tweets: @fronssss