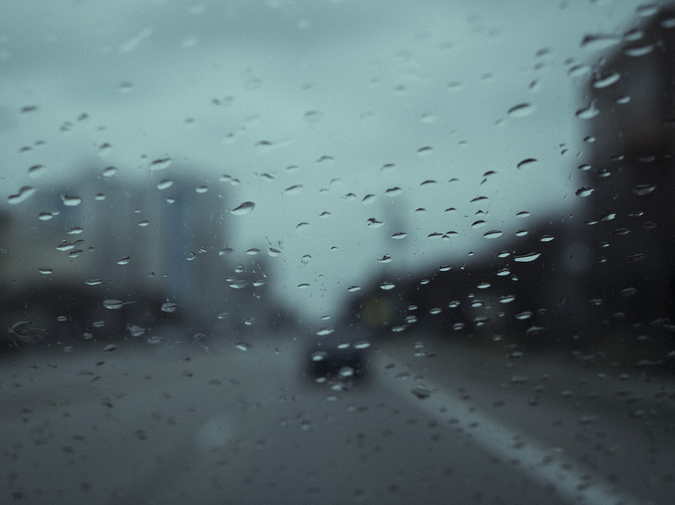 I met you at a New Year’s party and kissed you on a fire escape and went home with you on the train, fell asleep with my head on your shoulder. We were strangers and drunk, both of us marveling all the way to your place from the train stop about the blocks long confetti trail that led to your door. In the morning we found confetti on our bodies and almost believed we were making it, emanating confetti from our skin, until we found it in your winter hat. In the morning, you asked for my number, to be chivalrous, and called me out of obligation a few days later, while I was in bed with someone else. Your phone reception was terrible and I couldn’t hear half of what you said. I heard a long, awkward pause, but on the other end, you were joking about it, narrating it: “and we’re going for the world’s longest pause in a conversation, for one…  two…”— and finally, still hearing nothing, I broke the silence by changing the subject.

We fell in love and I followed you to Seattle.

We were writers and we wrote to each other. Email after email, emails so long I worked on them for days. Calculated emails containing descriptive passages I knew endeared me to you. Follow up emails sent directly following phone calls that had taken a bad turn, clarifying and apologizing emails. I spent my days collecting the observations I would report back to you. I was my most prolific then.

In Seattle we had backyard BBQs and not much work and nowhere to be. I took the bus a few times a week to babysit. The bus passed a Burger King, of particular interest to me because all of my life until the time when I met you I had lived in the Midwest, with a car and regular trips to fast food restaurants as a matter of no special significance, their roadsigns the landmarks of everyday existence. But in Seattle I only ever saw one McDonalds near a bar we sometimes visited, and, now, this Burger King on my bus commute.

I noticed a sign for a “California Whopper,” available for a limited time only, I had a nostalgic memory of Whoppers, I remembered reading Letters to Wendy’s, I remembered the “Year of the Whopper” in Infinite Jest, and I decided to spend a year eating Whoppers and writing about it. The next week, I went to the Burger King on Rainier Avenue with a notebook. I ordered a California Whopper, which came with Pasturized processed Swiss cheese and guacamole. I listened to the manager harass an employee. I realized that my nostalgia had failed me because I did not really like the taste of a flame-broiled Whopper patty. I wrote one page and a half.

I left the Burger King undaunted, thrilled with my new project.

I began writing a kind of philosophy of Whoppers. I found a useful metaphor for romantic relationships in the difference between the Limited-Time Only Whoppers like the California Whopper and the regular Whoppers on the menu, the “constant Whoppers.” I wanted to marry you and I thought I would write this Whopper thing and dedicate it to you as my proposal.

The next time I went to the Burger King you were in another city and had just tried to dump me over the phone. I went to the Burger King on Rainier Avenue with a friend, in an hour of mixed clouds and steady traffic. Over the franchised mechanic shop and utilitarian sidewalk the sun was setting in the golden way. My friend pointed out as we walked in that the Talking Heads’ “Nothing but Flowers” was on the overhead speakers. This is so perfect, he said. The line “This used to be a Pizza Hut, now it’s all covered with daisies” played. I ordered a Triple Whopper. Halfway through the Triple, “More Than This” began to play. This is so perfect, my friend said.

I couldn’t finish my sandwich. We discarded our trash.  We questioned the compostability of waxed paper wrappers. Then “Getting Away with It” played, with its chorus of “I love you more than you love me.” We didn’t say anything about this.

Near the Rainier Ave. BK is a nonprofit that provides jobs and vocational training for the blind called “The Lighthouse for the Blind, Inc.” It’s a large factory surrounded by other factories, square, aluminum-sided, windowless, where aerospace and military parts are produced.  Their slogan, which appears under a drawing of a lighthouse, is “Jobs. Independence. Empowerment.”

When my friend and I left the Burger King, it must have been the end of a shift, because as we waited for the bus, the blind filled the sidewalk, with canes and glasses, tapping, silent and concentrated. One man asked, as I handled my phone, if the bus would arrive soon. I told him it would be four minutes. A woman he was standing with moved away from the stop with her Seeing Eye dog, further down the sidewalk. I’m getting out of the way, she said. This is my worst nightmare, the man said to me.

The Triple Whopper, I thought, was the purest and most extreme expression of Whopper, because Whoppers, unlike burgers from other restaurants, are defined by their flame-broiled nature, and the Triple contains the most patties. It is the most Whopper a Whopper can get, more than satisfaction requires, of unrealized peripheries and boundaries unknowable in a single sitting, a profound mystery one can dwell in but never complete or fully realize, much more than sufficient, huge, absurd, overwhelming. And always there on the menu, the most massive of constant Whoppers, continuously, relentlessly present.

In my philosophy of Whoppers, this was the Whopper that most resembled my love for you.

After you dumped me, you helped me move into a new apartment. When we returned the U-Haul we were hungry and the closest restaurant to the U-Haul place was the Rainier Avenue Burger King. So there we went. You ordered a Single Whopper.

After the Year of the Whopper I try to write about the Year of the Whopper for three years. I try very hard to remember your green eyes and the way they crinkle shut when you smile, your bad hands, the bump at the back of your skull, your strong thighs, your way of answering the telephone, the lives you used to live and their artifacts, an accordion, a Ph.D., a ‘70s racing bicycle, your lists, your granola, the length at which your beard begins to itch and the way that you sleep on your side, your loafer liners, your self-improvement projects, the moles on each of your cheeks which are not exactly lined up, the wrinkle across your forehead, the way you sighed before kissing as if putting down something very heavy.

I write to you in everything I write.

I show a draft to someone who tells me the metaphor is being done to death and I love it because I think it is a testimony to the enduring quality of my love for you. I imagine a Whopper dissolving like a horse in a Dali painting beneath me. But then I marry someone else, too.  I marry someone else eight months after you dump me, when it is still the Year of the Whopper, and I am still trying to write the book I thought I would write to propose to you.

I live with my husband in an apartment, trying to write about the year that you left me. One day it’s late on a Monday morning and I am still in my pajamas because I am unemployed and I have my phone charging next to me because I am waiting for a call back after an interview. Behind the old IBM laptop you bought for me, I pile up the orange peels from my breakfast to look like a rose. I drink tea with an inspirational message printed on the tea tag: “Love what is ahead by loving what has come before.”

I live in a house scheduled to be demolished, trying to write about the year that you left me. The house has a yard with apple trees that draws raccoons to the porch and I sit one day in the yard and see two apples that look like they’re kissing and think of you. The house and the apple trees and the raccoons all are demolished and gone and I move into another apartment, still trying to write about the year when you left me.

I drive to a terrible job very early in the morning. My car crests an overpass revealing the cranes in the port and the neon City Light sign and beyond them the water dark in the sound and the skyline half-lit and I sing “Wrecking Ball” at the top of my lungs.

I email you to see if you’re still awake.  You respond that you are and that you were thinking of me, too, and I tell you about spending the week trying to find a story I’d read about a pregnant, red-haired blind girl, how I’d asked everyone but couldn’t find it, then realized it was because it was in one of your books. I was looking for you the whole time, I say. You say, “I like that one.” And that’s it. We have nothing else to say to each other. The title of the story is “The Girl Who Was Blind All the Time.”

My dearest pen-pal, I delete all of our past emails.

Alison Knowles, a founder of the Fluxus movement, performed a piece in 1968 called “Identical Lunch,” in which she ate the same lunch every day: a tuna sandwich on wheat toast with butter and lettuce, no mayo, and a cup of soup or glass of buttermilk. Her friend wrote a book about the performances in 1973; the epigraph is a quotation: “What’s there to write about? It’s just a lousy tuna-fish sandwich.”

This was the “Year of the Whopper”:

One day it’s a year since you dumped me.

One day we’ve been broken up longer than we were together.

One day I’ve been married longer than we were together.

One day I’m as old as you were when we first met.

One day I’m even older.

One day I stop writing to you.