The World Isn't There 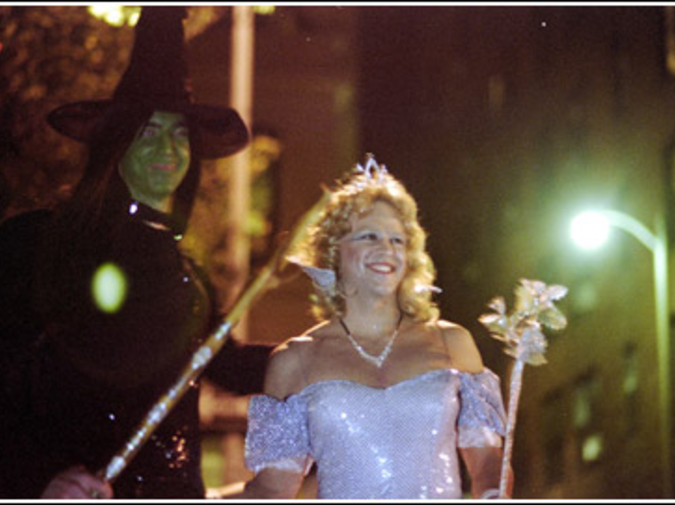 There was a bump on his head, and that’s what made him crazy. That’s the story he tells whenever anyone asks about it, the Doctors, the Police, the Park People, the Guy Who Sort of Looked Like Jesus, the Girl With the Leather Jacket and Shaved Head and Things Through Her Face. It was from a pistol, the bump. Everyone wonders about it, either out loud or to themselves, and that was natural enough, sure, he understands completely, and it’s not like he minds discussing the subject of the eye-catching you-can’t-ignore-it-even-if-you-try growth emanating from his head. More specifically she was the Girl Who He’d Like to, You Know, Get to Know a Little Better and Who Just Might Be The One -- The One He’s Been Waiting For and Who Finally Understands Him and Stops Him From Being So Angry and Alone and Sad All the Time. The Park is quiet today, like a church. Overcast, cloudy, as usual. The sky white and raw.

Because you see something like a great big giant bump on a person’s head and you want to know the story. And the story was this: it was from the time one of his mother’s boyfriends hit him with the pistol. Smacked him with it. In the head. The forehead. Right in the middle so it, the bump, which was reddish and more square-shaped than round, looked like it might be some kind of religious deal, like the Hindus or whoever have. The red dots. But it wasn’t. Wasn’t religious. It was from a gun, because no one says pistol anymore, and it was from the boyfriend who thought he was teaching him an important lesson about life by hitting him with the gun because he’d sassed to his mom and used curse words which were okay for them to use but not him, apparently. And no it was not okay either to wear your robe and slippers to the market, which your mom lets you do but if you was my kid there’s no way, etc. Then his mother got into it too, started hitting the boyfriend and saying what you think you’re doing hitting my son with your gun, with your gun, what kind of example is that, what if it went off, and the boyfriend didn’t take kindly to being hit and mussed up like that, so he took the gun and hit her too, his mother, except the blow landed on her shoulder, hard, which immediately sent her to the ground like a falling rock, and it wasn’t too long after that the boyfriend -- whose name is dead, gone, erased; he’s not good with names, it’s like in one ear and out the other -- stopped coming around which was fine by him, even though there was another boyfriend after that and another after that, and he didn’t care much for them either but they never went so far as to hit him with a gun, and his mother always said that after he got hit with the gun it was like he wasn’t right, wasn’t right in the head, and if she had the money she’d get herself a lawyer and track that m-fucker down and make him pay and they’d move on up in the world and drink champagne and eat blueberries for breakfast every morning.

And it’s what sets him apart, how he feels more, knows more. Living with this knowledge: that was his burden.

Just by looking in a person’s eyes for long enough, he can tell if that person lives in truth or lives in lies. And they know that he knows, that in a matter of seconds he has been able to divine their most primal essence. This happens a lot, for instance, on the bus.

He was seven then, when his mother’s boyfriend hit him with the gun. Some things he remembers more than others. There was a window in one of their apartments that never opened. One time he woke up and found his mom asleep in the bathtub. Another time they had a dog for three weeks before it escaped and ran away. Those things were bright and clear in his mind, crisp, like a movie he’d just seen. And of course when he got hit. He remembered that pretty well. But other things were getting foggy and far away. The past was the past. It all seemed like a dream, something that might not be real. Sitting there on the grass, legs crossed, Buddha-style (was he humming? was he talking out loud?), he told himself not to get too upset, to take it day by day. Time was a jet plane. It all moved so fast. Today San Francisco. Tomorrow who knows. If only he could nap, get some extra sleep. Sleep was the key to everything. Cloudy, overcast, as usual. Tourists wandering by now, wondering where all the hippies went. The Guy Who Dresses Like a Knight and Screams A Lot and Just Got Out of the Psych Ward Up at U.C.S.F. is screaming again. The sun exists, somewhere. If he’s able to close his eyes for more than two minutes he’s hoping he’ll see the Girl With the Leather Jacket. And he does it. He closes his eyes for a good long time. The grass he’s sitting on is very damp. It’s either Tuesday or Wednesday. It’s the part of the Park where Haight Street ends and there’s a Cala Foods and a McDonald’s right there, one-two. But the world isn’t there anymore. It’s now nothing but the back of his eyelids, dark. And he sees her. She takes shape, coming into focus like a developing picture. Except that she’s not wearing her jacket and isn’t bald and has beautiful long blonde hair and smooth starlet skin and knows his name and everything that’s ever happened to him. He’s only ever seen her twice but still. The bump swelled and stayed that way, never went down. It’s what made him crazy. It’s what made him want to be somewhere else no matter where he was, is. He was always damp, some variation of wet. More screaming, the unmistakable wail of the forgotten. Now when people ask him how he got the bump on his head he tells them the same story, more or less, about the gun and the boyfriend and his mother, though sometimes he likes to add stuff, little made-up details, sometimes, if he’s feeling like it, the more little made-up details the better, the more likely they’ll believe the story, it seems, and it’s important that people believe it because when you live on the go like this, when you’re a traveler and on your own and your alarm clock is the first light of dawn, what else have you got but your stories? Your stories are everything. Your stories are you.

Andrew Roe understands the importance of the time-honored convention of authors writing their bios in the third person, but it still feels kind of weird to him. His fiction has appeared in Tin House, Glimmer Train, One Story, Opium, and other publications. A Pushcart Prize nominee, he lives in Oceanside, California. Send any salutations, comments, threats, etc., here.