The Whale and the Waterslide 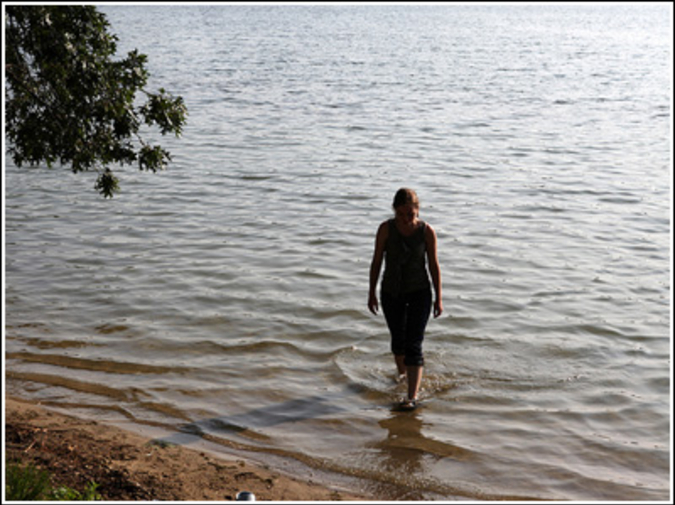 A waterslide in the middle of the ocean’s a big project. I mean, it’s a pretty enormous project. It was the board of trustees’ idea to situate the thing out in the Pacific Basin, where Canada curls into Alaska. We took a boat out there one pouring day, set up a research station. That’s where I work: in the state-of-the-art design suite.

I spent hours with those blueprints. I got creative. Extending a twist here, add a loop-de-loop there. A fork split into a jump, slide and curl. This’d be a doozy. It would be molded hard and thick of red fiberglass in Korea and shipped here on a barge the size of Shea Stadium. Tickets would be hundreds of dollars, transportation and wetsuit included. To test the damn thing, we needed a whale.

A female orca calf’s about the weight of an obese American. Our guys got to thinking, why not use what we’ve got? There’s a conservation area off St. Lawrence; we just hired a handling team to pick one up. She was livid, as you might expect. We fed her giant salmon that thrashed pink in her tub.

PR arranged a gala to celebrate the test drive. It was largest waterslide on Earth, for heaven’s sake! We ferried out the shareholders, fed them salmon soup and champagne. An eight piece band played standards.

It took a helicopter to lift her. Hair flew back; hats blew off. Ladies clutched napkins to their breasts. The surface of the water splayed below the calf. The diners hung onto eachother’s shoulders and yelled above the copter’s thrum. She let out a bellow. The crowd laughed and clapped. She moaned and squirmed. The net was a pendulum against the Northern sky. A mechanism opened; like a toy slipping out of a vending machine’s claw, she dropped onto the ride’s slick top.

Her flesh was wet—soon as she fell she slid mightily over our baby. Hurtled through loops, shot through tubes—was she a sight to see! In the end she was catapulted straight up into the air—easily over 300 feet!—before pausing mid-sky, righting herself, and plummeting into the sea.

The splash was outrageous. The applause was instinctive. She didn’t resurface. The party resumed.

Twenty minutes later, an announcement was issued via loudspeaker. Stella by Starlight faded into the evening. Evidently the blackfish was caught down there, in a sunken forest. If we didn’t do something she’d drown. The drunk giggled (“a whale? drown?”) and, desserts in hand, regrouped on the deck.

We gathered around the cabin monitor with some stolen champagne. There was the calf, in digital silhouette, massive and childlike, ensnared, flipping out. In slow motion she thrashed, tail against vegetation, struggling against the ocean’s friction.

“Well, a’least she had the ride of her life,” a contractor remarked. “That slide’s the most fun any whale’s ever had.”

“Whales don’t like the same things people do, Dale,” said somebody. “Whales may not like anything at all.”

A native of Brooklyn, NY, Rachel Lyon currently lives in Bloomington, IN, where she is a Jane Foulkes Malone Fellow in Creative Writing at Indiana University. She is an instructor in composition at IU and Associate Web Producer at the local NPR station, WFIU.