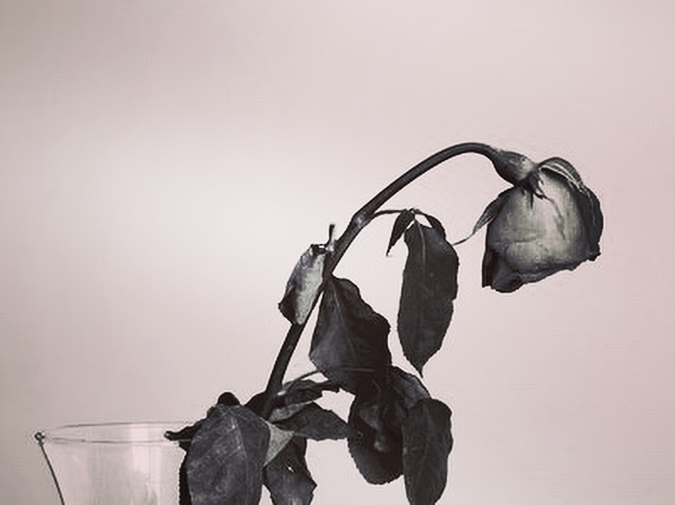 If I had to take a shit that meant I had to go downstairs. I didn’t have a specific aversion to leaving the attic— I just never felt like getting out of bed. Also, the second floor toilet got clogged often, and I hated being blamed for it. Having to pee was less of a hassle. If I had to pee, I could stay in my room. I’d steady myself with one hand on my bookcase, then pull my underwear to the side and squat over the waste basket and piss in there. My ear became trained to the sound of the trash bag becoming too full of the urine resting inside of it, so every few days when the house was empty I’d go downstairs to the bathroom and pour my pee down the bathtub drain.

A year earlier I moved into my sister’s house. The apartment I’d been staying in was sold, and permanent tenants were moving in, so I had to move out. My sister and her husband let me transform their attic into a bedroom.  At the time I didn’t have a job, so I couldn’t pay them any rent. Instead I helped them care for their newborn twin daughters, which was the least I could because my brother-in-law travelled weekly for his job. I got up every morning to the sound of the girls’ crying, and I gave one a bottle while my sister fed the other. I helped with feedings at lunch and dinner time too and also joined my sister and the babies on walks and errands. But if I wasn’t with them, I was in the attic.

Before I’d moved in, the attic was tidy and pretty much empty. There were two windows on either side of the room, and the space felt cramped because of the sloped ceilings that supported the roof of my sister’s house. Once I settled in, the attic became my cave.  A farmhouse style coffee table was pushed into the corner of the room, and it held my computer and a television. There was also enough surface space to place a takeout container of food, so I’d sit on the floor cross legged to eat my meals while simultaneously wasting time online. The keyboard of my laptop was crusted over with food stains— marinara sauce from pizza or ketchup I’d dunked french fries into. If I had a napkin handy, I’d wipe the drips up as they happened, but the stains dried quickly and never gathered any bugs so I typically just left them there.

A mattress on the floor was the only furniture in the room besides the coffee table and the bookcase. I shoved it up against the coffee table so I could lie down and watch mindless reality television shows on Bravo or the E! channel. The bed was right underneath one of the windows, and one afternoon I hung a dark terrycloth towel across the pane to keep the glare off my TV screen. A few days later my sister asked me to remove the towel from the window. She said she didn’t want her neighbors to see her third floor looking dumpy.

The only time my depression lifted was when I was holding one of my nieces. They were such good little girls. I never got tired of being with them, even if they had diapers that needed changing or crying fits that required patience and unconditional soothing. Once when they were 3 months old, my niece Annie looked up at me during a bath and smiled at me for the first time. I shrieked and smiled back, and she smiled wider and started laughing. This is what love really feels like, I thought.  My sister let me play with the twins whenever I wanted to, but after a while she’d start asking questions. She wanted to know if I was looking for a job, and if I wasn’t going to talk to her, maybe I should talk to a therapist or something. I wouldn’t answer her, instead I’d shut down, then she would leave the room, and I’d go back upstairs.

In the attic, I lived on the internet. Online I got to pretend I was still the person I was before. For years I preferred blogging sites like LiveJournal over MySpace or the newest site, Facebook, because I didn’t want anyone who actually knew me to contact me. LiveJournal was where I could write honestly about my feelings of melancholy and also sprinkle in fabrications that couldn’t be verified by anyone who knew me in real life— I pretended to live in the East Village and I claimed to work at a super high end fashion house. I couldn’t even look at myself in a mirror, so there’s no way I would post a real picture of myself.  Instead I Googled ‘pretty girl’ and selected a photo of a slender girl-next-door type to use as my profile picture. I was a ‘catfisher’ years before the term had been coined.

I never intended to hurt any of the guys I talked to online, but somehow I managed to slowly eviscerate their emotions. First it was Brandon. Then Jake from Virginia, Matt from Princeton.  It started the same way every time, like clockwork, a few months after the previous one ended. A guy would send me a private message after reading my journal. We’d exchange long notes, then texts which turned into nightly phone calls that would end at dawn. Sometimes we’d fall asleep on the phone together. Each guy was just as lonely as I was. I can’t think of any other reason they’d talk to me as much as they did. I also suspected they wanted to have sex with the girl in the picture, but any self-respecting man would have given up after a few weeks, months at the most. I led some of these guys on for years. It always ended the same way every time, too. Fights, my refusals to meet in person, accusations, and inevitably they’d stop responding to my phone calls. I’d mourn for a little while, and eventually entice someone new, and it would happen again.

Dusk was the emptiest time of day. The sun would be setting, and whatever I had on TV would cast a blueish light across my bedroom walls. The families in my neighborhood would be settling into the evening— big dinners, homework being started, kissing the kids walking in late from practice. Sometimes I’d look out the window and watch the sky changing colors, but most of the time I was staring into nothing.  The text tone of my phone chirping next to me would suspend reality, and I’d feel high as I responded to whatever guy just texted me ‘Tell me what you’re going to do to me when we meet.’

Lauren Lauterhahn is a writer living in New Jersey. She’s currently writing a collection of personal essays. Find more of her published work on laurengrabowski.net