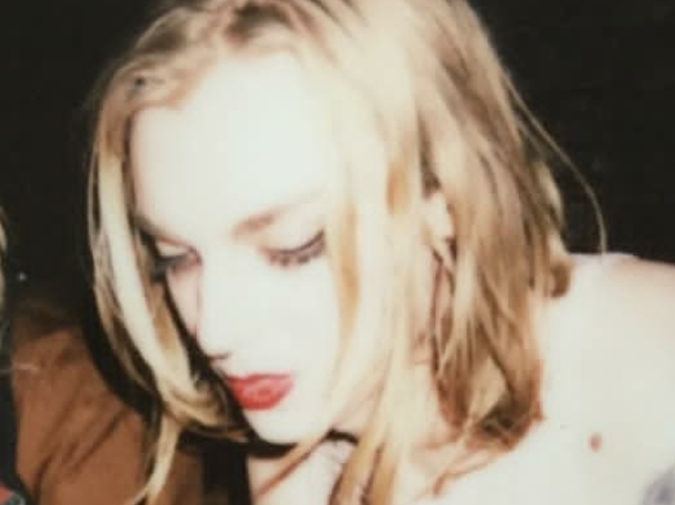 When you don’t know who you truly are, you only think you know the things you want.

To find out who you really are, spend some time as someone else.

One time, when I was Mabel, this cut-rate pimp by the name of Guy picked me up on the street outside Berlin, where I stood smoking those hideous Camels where you squeeze the filter and it becomes a menthol. He tried to collar me that very night, but in the end was too weak to get it done. All the men I met back then were weak. Today’s man is a sniveling sycophant, I wrote in my journal. He cries at Pixar movies to prove that he is sensitive. He goes to protests, he goes to therapy. He softens his skin with face creams, shaves off all his pubic hair. When he wears a beard or a flannel or cologne, he does so apologetically, wincing, or worse yet, ironically.

I hated guys like that. Wobbly, clammy, stuttery-smarmy socialist dweebs in open relationships, guys who were cucked into believing they were half-gay and in need of a cock in the mouth to stem the tide of toxic masculinity spewing from their thin, dry lips. It made me sick. I wished I could find a man with some toxic masculinity. I wanted so badly to tango with someone who possessed an iota of strength for a change. Where was my pimp? My boss? My daddy? I wanted a man from a Lana Del Rey song. A road dog, a roughneck, an American gangster.

Guy seemed like such a man at first. A true pimp, a master, and a dealer to boot, who sold pills and cocaine, had guns, and rented his own two bedroom apartment, inside of which was a real couch and a bed, chairs, table, everything. Not what me and the girls were used to at the squat. Escape from New York was playing on the flatscreen when we walked in. It was the scene towards the beginning where Snake Plissken meets that girl in a Chock Full O’Nuts, and you think she’s going to be his badass female sidekick, but then they get attacked and the girl is pulled through a hole in the floor by some rabid-looking C.H.U.D. motherfuckers.

“She’s about to get pulled down the hole,” I said. “Have you seen this?” Guy didn’t respond. Instead he sat me on the couch, leaned down and held me by the throat, looked deep into my eyes and said, “You don’t fucking talk unless spoken to. Got it? You’re mine. You do what I say. You get hard when I tell you to get hard, and you fuck who I tell you to fuck.” “Or else what?” I said. He scoffed, the hand around my neck tightening. “You damn well know what.” He stood up, looming over me. “Look at yourself,” he said, with disgust. “Look at your clothes. You need to be in designer shit. Dresses, bags, shoes. New face. Double D’s. You think you can do it yourself? You need me.” He leaned in again, so close our noses touched. “You’re mine.”

He’s right, I thought. I can’t do it alone. I did a lot of guys every week but never kept enough cash to maintain a lifestyle. Some weekends I cleared a grand, maybe more, but whatever I made I spent on tabs of acid and speed pills, Tina and coke, Airbnbs and hotel rooms, tequila, makeup, hair, clothes, nails, eyebrow threading. What kind of a boss bitch was I, if I couldn’t even get my basic needs met?

I needed a leader to cut through the bullshit. Unlock my potential. Even if he had to push hard, harder than I could push myself. He could be my king, my cult leader, my guide through the underworld. I’d give my life to him, and he’d remake me in whatever image paid the bills. I’d surrender completely, and not in a limp, sad, S&M kind of way. There would be no boundaries here. No safe word. No way out. This wasn’t play. I wanted to be hypnotized. To live the fantasy, not just fantasize about it. I wanted to be controlled and reshaped. I felt deep within me that this was my destiny, my terrible purpose. It’s what I was meant for, why I was here in this cold, dead city on this sick, sad rock.

What was this feeling of terrible purpose? And whose purpose was it? Surely not mine -- not the me of the present, who wants only to breathe and to write: nothing more. Who, then, was this Mabel, who wanted such things, and who came so close to fulfilling these wants, so many times, and with so many men? The movie of her life unspools sometimes on the backs of my eyelids when I hold them shut. Bits and pieces of memories appear as images or scenes on sleepless nights, or at times when I walk by myself in the forest. In these recollections, I am always omniscient, never a participant. I float along above like an angel or a ghost, and I watch as the me who was Mabel tries, again and again, to get the things she thinks she wants. Each time that it happens -- this story, or one like it -- she gets closer and closer to getting those things. Each time, though, she fails, and for that I am grateful, for without all those failures she’d probably be dead. Which she is, now, in some sense, though I still have to feed her: a tiny surrender each night before bed. She eats it, rolls over, and sleeps like a corpse.

By the time Guy fucked me the spell was already broken. I’m sure he must have felt it too. The sex lasted just a few minutes. His dick was enormous and rock hard, but when it was inside me I felt nothing at all. The coke started to wear off, and the speed wore off, and we sat on the couch, and he told me his theory about the movie The Purge. “It’s about to come true,” he said, “so I’m stockpiling ammo. We’ll survive it together, you and me. Don’t worry. I got you.” He rambled on and on, growing smaller and fainter-seeming the more he talked.

This isn’t it, I thought. I want something else.

He didn’t try to stop me from leaving. He wrote his phone number on a piece of paper and handed it over. I dropped the paper in the gutter in the street outside his apartment, then took a taxi to Pete’s on Cermak across from the squat, where I bought a box of donuts and a big carton of iced coffee. I walked across the street, into the squat, and up the stairs to our unit. I sat outside on the porch and smoked, and drank coffee, and waited for the girls to get up.

Unity is a writer and troubadour from upstate New York. He is the founder and president of Unity Solutions, which, as people keep having to remind him, is not a real business. His alter ego, Miss Unity, is the world’s greatest permanently institutionalized Lana Del Rey impersonator. For proof, check Instagram: @doyoumissunity