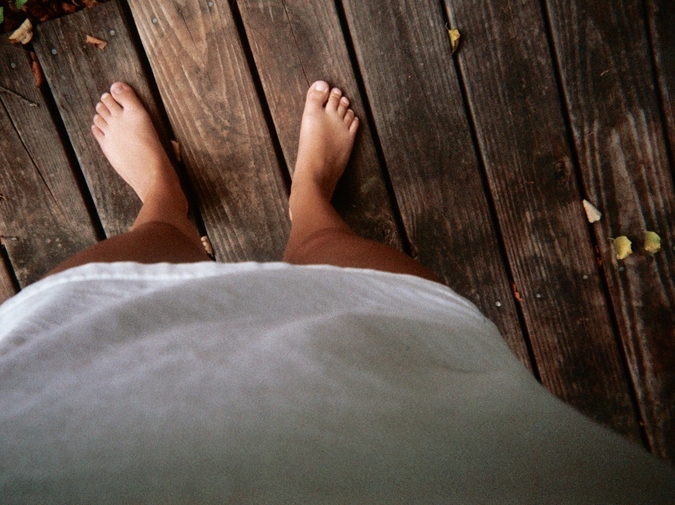 You probably figured it out by now, but I’m sorry I stole the softball.  I know the ownership was never clear—I mean, it wasn’t in your mind, but it was in mine.  It’s just that the ball fit so perfectly in my hand, it had to be mine.  So, that night, after we played catch, I rolled it under the passenger seat in my car, hoping you wouldn’t find it.

Do you remember that night?  It was the night before I moved out and a few months before you broke up with me.  But that night, in late August, do you remember?  We stood facing each other on Revere Beach, like two gunmen, poised and ready for battle.  But it was just us, our baseball mitts, and the softball (because it was of supposedly unknown provenance, I’m sure you also had plans to steal it.  I simply beat you to it).

Anyway, do you remember the smell of our sweaty leather mitts?  The snap of the salt water air?  Dusk’s light reflected off the ocean waves?  I remember inhaling so deeply that saliva ran the wrong way down my throat and I coughed and coughed.

You may not remember because all of our times playing catch roll into one another after a while.  I was pretty predictable.   I used to wind up like I was going to pitch, but I never learned how.  It didn’t matter; you always seemed to know what I was trying to do.  You would crouch down low and circle your cap backward on your head while I pushed my bangs back with the wrist of my right hand.  You liked to give me some signals and I nodded, pretending to know what the hell you were telling me to pitch.  I made side-to-side motions in the sand with my big left toe, flattened a just-right spot on the fake mound.  No matter how much I squinted or judged the mark, that first fake pitch always left my fingertips wildly and you could only stop its progress on the beach by throwing your mitt at it as a speed bump.

I yelled “sorry” while you chased the ball, but you paid me back, throwing a high pop-fly.  I judged the ball's depth and arc and ran underneath it, catching it with the tip of my mitt as my feet slipped forward and my ass came into contact with the cool hard sand.  You laughed, but still admitted it was a good catch despite my fall.

I shook my head and got up with a bounce, as though nothing had happened, and dusted the sand off my shorts.  But I was pissed.  I turned quickly and heaved the ball close to the proximity of your head.  You simply reached your arm out in slow motion—THUNK—you caught the ball in the center of your glove.  I played it off as I always did:  by raising my arms and waving at the seagulls, fake-announcing the fantastic play.  We managed to hold a runner at first, I told you, while getting the guy out at home.  You played along and ran toward me, roaring like a crowd.  You gave me high-fives, patted my backside, and dropped the ball at my feet.  I watched you run back to position.

Because I was me, I had to bring up the argument again.  Why were you embarrassed of me?  Why did you go away without me last weekend?  I was pretty good at pressing the issue way past its discussion expiration date.  But, you were also good at distracting me.  I remember you threw the ball back to me, and me reaching my mitt out trying to make the catch look as effortless as yours.  The ball hit my mitt with a SLAP and I couldn’t get a grip on it; it rolled down from the center of my mitt onto the sand.  My hand stung and I felt a tear run out of my left eye.

I knew you felt bad.  It was okay though.  I learned to talk while turning my face so you wouldn’t see tears.  You didn’t reply to the argument out there already, just reminded me that we lived in a two-bedroom apartment and that I didn’t have to move out.  Somehow, that made everything seem even worse.

I threw four more fake-pitches and you threw a few high-flies and one pitch.  I remember that even though it was still pretty light out, I had to get up early for the moving van, so I pointed to my car.  We walked toward each other, tossing the ball lightly until we were inches away from one another.  I closed my mitt around the ball and you turned to face me.  I remember you placed your hand on top of my head and I thought you were going to kiss me.  I tilted my face upwards toward you with my eyes open.  Instead, you ran your hand down the length of my hair and tugged at the ends.

On the way back to the apartment, we listen to the Red Sox on the radio and argued about who the better player was, Zupcic or Winningham.  You fought for Winningham because of his average; I voted for Zupcic for his all-around good plays.  The conversation ended in favor of listening to the game.

Over the years, I romanticized parking the car that night, the last night of our life together.  I stayed alone in the car a few extra minutes, listening to the crack of the bat on the radio.  Zupcic struck out that night and I took it as a sign.  I also thought at the time I was learning how to be alone.

Anyway, I was cleaning out my garage last week and guess what I found?  It’s a little worse for the wear, but still in good shape.  I’m sorry we never talked about the softball and that I may have lied (at least 30 times) about knowing where it was.  It seems enough time has passed now that I can let it go.  I can let it all go.

Stacy Murison studies Creative Nonfiction at Northern Arizona University.  Her essays have appeared in McSweeney’s Internet Tendency, Assay: A Journal of Nonfiction Studies, and Queen Mob’s Tea House.  When she’s not reading and writing essays and teaching English composition, she spends hours wringing her hands over the Boston Red Sox or watching too many zombie movies, depending on the time of the year.  Twitter: @caseystay