The Secret of Healers and Monsters 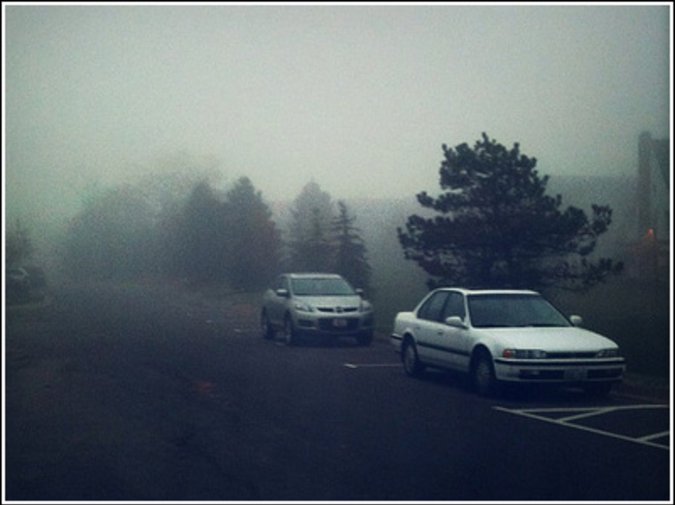 All his life the boy threw knives. In his youth he threw knives only in his mind, pretended himself the central attraction of a small but famous circus troupe that traveled the dusty southwest in the twenties. In this fantasy he was an artist of ultimate precision, yes, but an artist of something else, too, of a power that transcended precision and ensured the imaginary life of the imaginary woman turning imaginary circles on the imaginary wheel would continue in his imagination.

As a teenager he occasionally threw knives at the crows that swooped down over the wheat fields at the edge of town, clipping a wing now and again and sending a dark squawking ball careening out of control until it made a soft sound as it landed among the grain.

And later, as an adult, he threw knives out the window of his second story downtown apartment, into busy crowds of people, a ritualistic event performed exactly one Saturday night out of each year.

The specific Saturday night that the event would take place was never predetermined, but when it was at hand, the boy always knew. Ceremoniously, he would open his favorite pocketknife, a pearl-handled antique Remington, of which he'd owned three different versions over the years, would press his thumb hard against the blade until a thin line of blood appeared and he was sure it was sharp enough. Then he would tie a handkerchief over his eyes and sit blindfolded in the center of the apartment — empty except for a few upturned milk crates, an exercise bike, an ancient console television with rabbit ears extended skyward like the outstretched arms of a sinner pleading. He — the boy, who was not a boy but a man of forty-three, but who felt like a boy, wild and uncontainable and powerfully angry — he would pull his knees in tight to his chest and breathe and breathe and breathe and breathe and breathe, and when the anticipation was most acute, when the hairs on his arms and his legs positively crackled with electrical current, he would fling the knife back over his shoulder.

End over end it would tumble, now passing through the open window, now sinking toward the happy crowd of weekend drinkers and kiosk men and cinema-bound families of three and all breeds of stray mammal gathered below.

Thirteen times he did this, thirteen years in a row by exactly the same method, but he never hit anyone. At first he felt it was mere good fortune, but in time, he came to believe he could control the path of the knife with his mind, that this was the reason no one had ever been hurt.

"By preventing harm, I am as good as a healer," he told his father once "Like Christ. Like Christ our father, Father."

"You shouldn't do that," the old man cautioned. It was his custom to admonish his son for any action, regardless of his true feelings or of the action's merit. In this case his true feelings were a secret excitement. The old man searched for the appropriate image to personify this excitement and settled on a young girl in a soft lavender, floral-printed dress. She was bleeding from the stomach, her parents, a fortyish couple, well-dressed, stooped over her writhing body, the mother screaming at no one and everyone to call for help, the father frozen, helpless. The image produced a strange envy in the old man, but he was either unable or disinclined to know who was its object. Nonetheless, he happily allowed this envy to direct his actions.

Father and son dined together on fish sticks and apple sauce and cottage cheese. "Tell me again how you did it," the old man whispered between bites. "What it was like."

The boy told him.

The boy had spent some time in a hospital for people who were unwell in their minds. Now he lived on public assistance, worked at a gas station part time. He was supposed to take a medication regularly to help maintain a control over his illness, and he did take this medication, occasionally. But he disliked the effect on his emotions, the way he felt flattened and heavy and empty inside, so he did not take this medication just as often.

Once, when he was not taking this medication, he sent the old man a deeply heartfelt letter of the sort he would have been incapable of structuring from beneath the repressive stupor of the chemicals.

"And so, Father, in tribute I cut off my ear for you," the letter said at the end. "But I did not have enough postage here in my home to send it to you on this cloudy, rainsoaked day. So you will instead receive another package soon, perhaps in a matter of days. Farewell, farewell, I love you."

Three days later the small plain box arrived at the old man's house. Inside, as promised, was an ear, a furry ear, something that had belonged to a dog, perhaps, or some other beast of comparable size and coat.

Three days after this, the son himself came to visit. A white gauze bandage tightly encircled his head on a slight tilt in order to cover the left ear but not the right.

"Oh, fine!" his son said, tearing away the bandage. "So I lied. Would you love me better if I had really done it?"

The old man could only look away.

Perhaps in that moment his mind conjured up the transient and ethereal vision of the woman who had brought knickknacks and window dressings into his house, the woman who had lived with him and had given him a child he did not want. A cultured woman who knew painters and music and books, who had taught him some of her culture, had taught their child to pursue even the wildest of dreams — astronaut, treasure hunter, knifethrower — and had loved them both more, perhaps, than they had deserved. One could search the world for a thousand years and never find her equal.

But she had brought them too much joy. It was unnatural.

"Will you miss me when you die?" the boy wanted to know. He sounded hopeful, childlike.

"I think I will miss Van Gogh when I die," said the old man finally.

"It really was terrible," he said, "what you did to my mother."

This was the last night that he ever threw a knife. This time the ceremony was performed not with care and anticipation but with a bubbling rage that had never been present before. In truth, the boy was not even certain that this was the correct night to perform the ceremony. But when he looked down into the streets below, the people were walking and running and stopping to talk and whistling at one another from across the street and crossing in the crosswalk and laughing and gesticulating and holding hands and kissing, and so he opened the window anyway, opened the knife anyway, drew blood from his own thumb anyway. He reproduced the entire event anyway, but this time when he released the knife, instead of control over its direction, instead of a mystical connection with its very elements, he felt only confusion and anger.

He was not surprised when he heard the screams.

He collected himself, steadied his breathing, then descended the staircase that led into the street below his apartment. A large group had gathered around a middle-aged woman in a sweater and blue jeans, a gleaming white handle protruding from her side. A chaotic mixture of sound and movement surrounded the group on the pavement. People wanted to know what happened, if they should call the police, was the woman shot, what had happened, were they in danger, what had happened.

"No, no, it's okay," the boy said, "I can help." And slowly, as if they were suspicious of the force that impelled them but unable to deny it, people began to clear the way so the boy could approach. And slowly the chaos fell away and a quick blue sheet of silence enveloped them.

The boy knelt and laid hands upon the body in a holy manner. He said, "Rise, Lazarus, rise!"

But nothing happened. Except that the woman remained dead. And the boy went on like that beneath the starry night, never resting, never doubting even once his own power in this world, which is, of course, the secret of every great healer and every terrible monster.

Originally from the flatlands of central Illinois, Justin Hamm now lives and writes in Missouri. He has an MFA from Southern Illinois University, and his work has appeared or is forthcoming in Cream City Review, New York Quarterly, Spoon River Poetry Review, Red Rock Review, The Brooklyn Review, and numerous other publications. News and other noise pertaining to Justin and his work can be found at http://noiseforitsownsake.blogspot.com