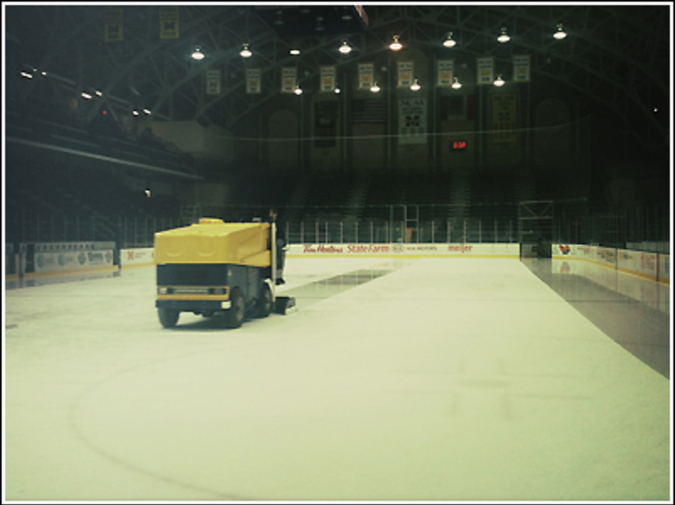 You are a good-looking man. You know this because people tell you all the time, sometimes out of nowhere. You assume that people don’t get told that all the time unless it is deserved. You have been told that your face is reminiscent of a not-as-nerdy Jake Gyllenhaal’s, a compliment that you have come to understand is very flattering. Very flattering indeed. However, it is your body that is your prime aesthetic achievement. You have been blessed with a naturally attractive frame, broad shoulders, strong legs, a toned chest, everything in proportion. You are happy like this.

You like to think of yourself, of course, as above these superficial compliments. You are aware that there is more to people than appearances. When your head occasionally gets too big (figuratively, of course; your actual head is an ideal shape and size for the rest of you), you try to concentrate on the fact that no one has ever called you funny, or intelligent, or charming, or kind. Your last girlfriend told you that she thought you ought to read more, and so you went to the library and took out all three Twilight books and The Da Vinci Code. She said that didn’t count. Your sister once called you incisively witty, but you suspect that she was being facetious. It’s not that you are unfunny, or unintelligent, or unkind. You are simply average in all of these areas—painfully average in several—and it is this inward averageness that allows your outward beauty not to get to you. Or at least it helps. Kind of. Wait. Shit. Have your looks gotten to you? Ah, fuck. They have. You cannot help it. You start to think that maybe your looks are all you’ve got. You decide to join the gym in order to keep in shape, just in case.

You go six times a week. This seems excessive at first, but you begin to really enjoy it—it gets you out of the house, after all, puts you face-to-face with people. You become a regular, and know the other regulars by name. You drink Vitamin Water and Creatine and eat power bars and egg whites. A pretty girl named Ashley begins to look at you on your twelfth visit, and you often look at her. You become minor friends with Ashley. She asks you in your fourth week if you’d like to join the Saturday program, where beginners learn how to lift, and you spot them. She actually asks you that without asking for a resume or anything. That’s how good looking you are. You say yes, even though you do not know the specifics of the job; most specifically, you have no idea what the job, like, is. Are spotters expected to know what weights people should be lifting, according to their size and gender? You do not know. Ashley is very pretty. You say yes on the spot.

But it’s fine, everything works out, as it always does for you. You are a natural, and you sometimes picture what it would be like to be a trainer at a gym as a full time job. You know it has a pretty limited shelf-life, and you would like a job that you can perform well into your sixties or seventies, you want somewhere to go during those days when you’re older, you want a purpose and a direction to fill your afternoons, you can’t stand the idea of wrinkles fucking up this beautiful face, arthritis filling these gorgeous hands, gray streaks peppering that phenomenal, thick red hair—you can’t stand the idea of this stuff happening and leaving you lonely. But that’s why you don’t think about that stuff. That’s what you tried to explain to that ex-girlfriend of yours—what the hell is wrong with people?

So let’s not think about it. Let’s get back to the Saturday program. Today’s session was interesting. They were doing construction on the main locker rooms. After the group’s regular workout, you all had to change in the family locker room, which is co-ed but has stalls for people to get dressed in. You became excited all day at the thought of Ashley changing in the same room as you, albeit covered by a curtain. You made a point to walk in the room with her. You realized too late that it would be awkward to transition from conversation to getting dressed, and panicked upon entering the room, with no idea how to cut her off.

“It’s been tough,” she was saying, because her parents have recently gotten divorced. “But I guess it’s better they do it now, when they’re retired and living their own lives, and have the time to really focus on the transition. Otherwise my dad might have done something drastic. He has,” she hesitated, “a lot of pills around the house.”

“Yeah, that’s awesome,” you said, half-listening, grateful that the pause in conversation finally arrived, “I put my dog’s pills in peanut butter. It’s easier for him.”

You felt that was a smooth enough parting line and pretended to look for your locker, even though you knew full well that you put your stuff in locker twenty-eight.

She stayed behind you for a few moments, putting her stuff away, and you kept your eyes on your locker. You did not know how to handle this part. When you no longer felt her behind you, and the scent of her sweat and Degree Sport deodorant and cucumber-melon shampoo was gone, you assumed she went into a stall to change. You waited a few seconds and then turned, subtly, to glance at the stall she went into. You noticed, upon doing so, that there was a slight opening in the space between the side and the front curtain, maybe three inches or so. Through this, you could only see the line of her body. You noticed automatically, though, that instead of seeing a head-to-toe pattern of flesh-clothing-flesh, you were looking at skin from top to bottom. It dawned on you then that you were looking at a side view of Ashley’s naked body: her angular shoulders, the toned small of her back, her untanned left butt-cheek, her hairless calf. You wanted to look away, but you had trouble. You worked out very fast that this was as close as was possible at this point in your friendship to seeing Ashley naked as you could get.

You began to fantasize, just a little. You pictured what it would be like to run your finger down this three-inch-wide, six-foot-long line of body. You wondered if she was ticklish. You determined that she was. You tried to picture your own body length against hers. You pictured snuggling but not sex. You wondered how the two of you would fit together while nakedly embracing, how she would smell and taste, and—that’s when she moved a few inches to the left, and you realized, to your surprise but not necessarily your horror, that this was not Ashley at all, that she went into a completely different stall and you had been looking at the wrong one the whole time.

You had been, you realized, looking at Joe, one of the other trainers, a muscular man who shaves his legs so that the tape doesn’t hurt them when he plays hockey. You did not want to change your train of thought, however, and so you started to think of how it would be to touch Joe in this same way, whether he would hold you or the other way around. Joe is not as tall as you, and so you figured you would hold him. You wondered if men’s breath smells sugary like women’s, or if it has a sour taste, a rawer one. You wondered about your wondering. You are not attracted to Joe or any other man in a romantic way. But Joe is good-looking. Not as good-looking as you, of course, but certainly enough to pick women up at bars without much effort.

Reminded of this, and still, keep in mind, looking at naked Joe, you pictured those women spending the night with him, you wondered about Joe’s technique. It wasn’t like you were wondering how his technique differed from yours, or that you were picturing him using this technique on you. It was more that you were trying to get an image of Joe’s body next to another one, an image of two figures lying silently side by side, sharing a thin white sheet as a blanket, pretzeled together in an effort to get as close as two separate bodies can, in an effort to dissolve into each other. You had trouble imagining this because, you realized, you couldn’t remember the last time someone did that with you, the last time someone cared so much about you that they needed you with them, by their side, every second of the night, even while unconscious. You could not remember the last time you closed your eyes at night, knowing that come morning you would open them and the skin of your dearest, touching you, would be warm.

A bit melodramatic, yes, but it was yours and it was real, and that’s why when Ashley walked behind you again, you were startled and disappointed. Not only was she fully dressed, but—weirdly even more disappointing—this mysterious thought pattern, the one with Joe, was broken and you wondered whether it could ever be that intricate again. Ashley told you you looked pale. You said something stupid, “thanks,” you think, but you can’t remember. You said goodbye and watched her ass as she walked out. That was when Joe slapped you on yours and told you you did well today, so well. That was when you began to think that you were not attracted to Joe at all, but rather to his compliments of you. Are you really that self-absorbed? you wondered. Are you really willing to re-imagine your entire lifestyle, morph the clichéd homoeroticism of men’s sports into something more, ditch the idea of Ashley and your ex-girlfriend and all they represent, simply because someone told you that you’ve done a good job? Are you addicted to attention?

That was when Joe grabbed his stuff and told you that you might need to put in a few extra hours at the gym this week, because your arms are looking a little smaller. You were more than a little agitated by this. You were frustrated, infuriated, irate. You wanted to punch Joe, to hit him in the nose to ensure that you would always be the handsomer of the two of you. You really, purely hated him, and you found yourself really enjoying this feeling, a new one to you, because it constituted some sort of depth, perhaps, so cemented have you been in emotional ambivalence and averageness until now. It was a feeling you could live with, like a whole otherbeing, this feeling, and you wanted to live with this being-feeling because you are so, so lonely. All those people walking in and out of the dressing room, slinging their Adidas bags over their shoulders as they walked out in pairs, you watched them and thought about it—so, so lonely. And this feeling in your stomach, this very real, very righteous anger, this could keep you company, you thought. You concentrated hard on this feeling, felt the rage in your teeth, felt the blood in your forehead, the sting in your arms which, goddamit, weren’t looking smaller at all! Fuck you, Joe! you thought, You’re the one who’s been slacking, you hairless son of a bitch! This was good, this was pure. Maybe you’ll call up that old girlfriend of yours tonight and tell her about all of this, call someone, anyone, if only to remind yourself that all you need to do is press some buttons and someone, somewhere, will offer relief by saying, Hello.