The Ring (excerpt from Bengal Lights) 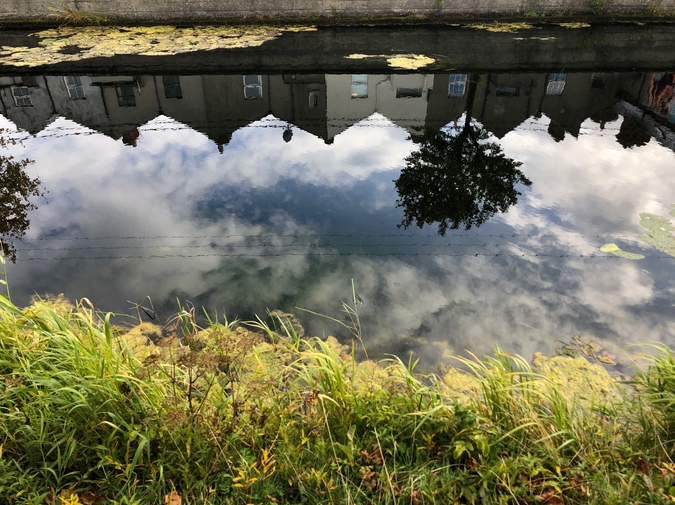 We stepped into a washroom and I looked longer at the ring on her finger. “It’s just for starters.” She opened the tap of the industrial sink and drank sideways, water slipping down her chin. She raised the black strap of her dress with the back of her thumb.

The stained backsplash was hard-water colored, rheumy and dark as rain clouds, lost winter days. She bent to a tile to etch her initial with the small diamond set on her finger. She implicated me, a W right over the M, a single character like a Chinese fingertrap. She started to scrape in the date but the stone slipped from the setting, a tiny sound bouncing across a large sink. She cursed and giggled and I used my phone as a flashlight. A rock with a shape and sparkle so similar to a drop of water that they’re indistinguishable still lives in the basement. She said, “I’m better than Carter anyway, who’s married but only wears his wedding ring on a necklace.”

There are those who are too scared to brush precious stones down drains and those who are not. I pushed my hand around the crusted edges feeling the chill of water and dried paint. She hurried over the surface until we heard a skittering and a tinkle down the drain guarded by a single cross. I pulled back. She turned on the faucet and walked away.

I wanted to make art we could see immediately, charcoal drawn on the window with the wire-reinforced glass, sketched in and erased, redrawn years later in a houndstooth notebook, the palimpsest of her chest given and taken until the paper ripped.

I followed her past a row of moth-littered utility closets, fitting my step as close behind as I could, in better concert with the switch of her hips. I cooled my fingers running them along the dusted concrete walls. Monika turned around and I ran into her shoulder-to-shoulder, thigh-to-thigh, the adrenaline blast in the dream when the one you’ve lost comes back to you.

I moved my hands over her clavicles. “It’s still tender. Six weeks after the last round of laser surgery and I still wake up crying some nights because it hurts to have a sheet over it.”

“I was raging one night and wanted something that would cover my whole chest and I knew a guy who would do it for free just so he could look at me. I was reading Sylvia Plath’s Lady Lazarus—can you believe that? I wanted it so much and then I didn’t. It’s like how there’s no one man for every morning. All this body, always eating my bad ideas and then wanting them back.”

Kirk Michael is a film critic, essayist, poet and, it now seems, novelist. He lives in Brooklyn.