The Reenactment is Never the Same 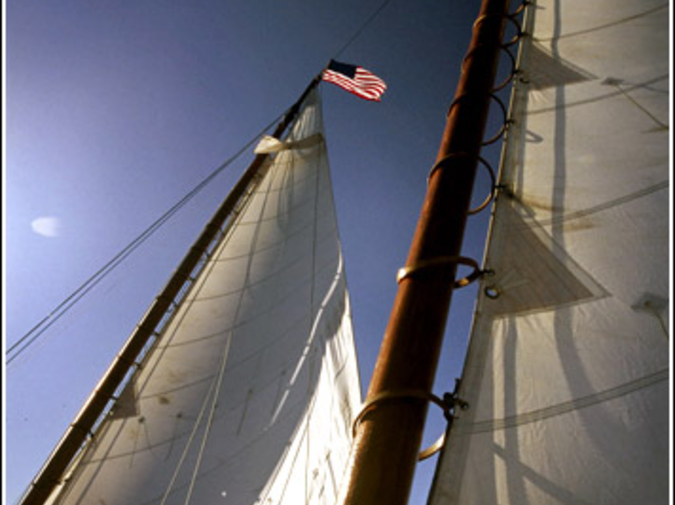 My current employer, The Wor(l)d Economist, sent me on assignment to interview Gandhi’s grandson, who was in exile on an unchartered island near Fiji. I was in a BarbaryTM skiff with a maniacal driver named Kulal, smashing through the swells head on. It was hard to distinguish between the sweat and seawater on his black skin. He stood shirtless in the back of the boat, steering the 150-horsepower outboard motor while I tried to bail and gather evidence simultaneously.

We were taking on water even though I was bailing as fast as I could. Kulal was not concerned. He intentionally skirted the edge of the reef where the waves were gathering momentum. He tried to outrun the barreling breakers, though the engine had only one speed. Then we headed straight out to sea until we couldn’t see land. I had learned about the Earth’s curvature in theory, but now for the first time I could distinguish it for myself.

We came to another island. The sand grains of the beach were so big I could resolve them from a hundred yards out. There was a yacht hidden in the mangroves that Kulal said belonged to a famous white person, but that was all he knew. We went ashore, and I was befriended by an Irish Wolfhound with dreaded hair. Then the famous white person appeared—it was Mother Theresa. She was dead, but nevertheless, with the help of an assistant, she managed to make her way through the mangrove swamp.

“Excuse me, Mother!” I yelled, unsure how to address her.

She was in her own world and didn’t hear me.

I turned to Kulal. “If I can’t find Gandhi’s grandson, Mother Theresa will do.” Grabbing my notepad and pen, I hopped out of the boat into the knee-deep water. Kulal turned the boat around to wait offshore past the breakers.

Though she had been dead (to the rest of the world) for some time, Mother Theresa was able to forge through the mangrove swamp with apparent ease. I tried to catch up to her to conduct the interview. Everywhere I stepped in the silty sand, crabs were dodging back and forth to get out of my way. I tried to sympathize, imagining what I must have looked like to them—two swiveling appendages from the knees down, separate entities as far as they were concerned, marching in juxtaposition. But there were too many of them to concern myself with.

The tide was rising until it was up to my waist. By this time, Mother Theresa was floating inland toward her anchored yacht. An air pocket had formed in her ankle-length dress, turning it into a makeshift raft. From my point of view, the current was headed out to sea, even though the tide was rising. The only way to explain this discrepancy was that the source of the current was somewhere between Mother Theresa and me.

I stopped to get this all down in my notebook. When I looked up, she was further away. The water kept rising until I was clinging to the roots of the mangrove trees and climbing horizontally against the current. It was difficult to breathe with my writing implements in my mouth. Mother Theresa no longer needed her assistant. She floated peacefully on the raft of her dress, unaware of my existence, or anyone else’s for that matter. She was bobbing back and forth as if she were praying. Maybe she was.

Finally I let go and the current carried me back to the Barbary skiff where Kulal was fishing while he waited for me. My notepad soaked, I had to commit the details to memory.

The next day we came back to the same island to fact-check the article. I traced the exact sequence of events in order to recreate the feeling of the day before. I found the yacht and the dreadlocked Wolfhound, but there was no sign of Mother Theresa. When I went on board, I found my fiancée sleeping. This whole time I assumed she was back home. There was an indented salt-stain on the pillow next to her. Before I woke her to ask if she had seen Mother Theresa, I tried to put it all together in my own head. Was this my yacht? Had this all been set up by The Wor(l)d Economist?

As I was reaching over to wake my fiancée, my cell phone rang. I was surprised to get reception. It was the chief editor inquiring if I got my story. It was not the right thing to do, I know, but I was honest with her. I told her everything as it had happened to me. My fiancée slept through the monologue. There was a moment of silence at the other end of the line when I had finished, then my editor said, “the inability to disassociate is understandable. Just remember to change the names to protect the innocent.” And click, she hung up.