The Red Ones Come From Taillights 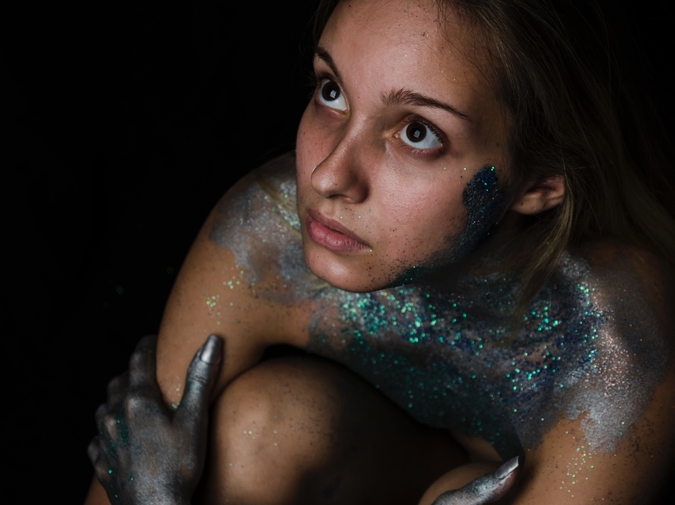 I live just over an hour from a nude beach. It’s on the Wisconsin River, not an ocean. They put up fences to keep people out most of the year, but it opens every summer. And every summer it’s the same. Evangelicals go down to protest the naked beach’s existence, holding up handmade signs with scripture written in Sharpie. And the nude beach takes over the online personals, at least in the ads that men place. Some are shy and say they always wanted to try this and some say they want to show off a woman and prance around with her.

This man was more of the shy types. He said he’d never gone but he’d like to do this with a woman, that he was safe and didn’t do drugs and wasn’t expecting sex. I replied that I’d go with him if he helped me harvest haunted beach glass. You have to do that first thing in the morning on a day after a storm, so I said he’d need to be flexible on scheduling, but I’d make us a thermos of coffee.

I had an audiobook about castles, and as we drove there was one part on the Himeji Castle in Japan. “It’s 400 years old, really well preserved, great for cherry blossoms, and there’s a ton of legends about this tragic princess named Sen,” I said. I asked him if he’d heard the legends about it, then if he’d traveled much, then if he’d collected haunted beach glass often. He said no to everything. I asked him when he got into the paranormal and he said he wasn’t and I asked why he wanted to do this and he said he just wanted to be at a nude beach with a woman. “I cut back my hours being a mail carrier,” he said. “Now I have time to do things and I want to have new experiences.”

When we got to the beach, we weren’t supposed to go in, but part of the fence was broken. It was early and windy and nobody was there to see us. I took my shirt and jeans and underwear and sandals off. He hemmed and hawed. “I don’t know,” he said. “It’s just, being naked out here on the beach. I’m not sure about it. I mean, it’d be hot to be naked in public. I’d like to do that. But this is another thing.” He even kept his shoes on.

To be naked on the beach after a storm is something special—the salt and the petrichor and the hum of being unsettled that maybe the torrential rains caused damage, that maybe there were nearby ships that will never make it to harbor. And the beach glass, that rarest cobalt blue, somehow more blue when it’s haunted. You hold it to your ear and it sings. Not the way a conch shell fakes the ocean. So many have a winsome sweetness to their voices, and some of them just scream and scream.

“It’s too early for people to be here,” he said. “Maybe we should just go before we get into trouble.”

“This is our deal.  You help me collect the haunted beach glass. I’m naked. I did my part. Beach glass.” I had no patience for him.

“What is that, even? Like we empty the recycling bins?” He asked.

He didn’t even know?

“Bits of glass wash up on the beach. From bottles, from wherever. The waves tumble them and they rub against other stones. After a few decades, it’s smooth and a little frosted, and sometimes it picks up the spirits of the voices that surrounds it. The haunted kind is what I collect. To map the sounds or sing me to sleep.”

“Yeah, well, I drove us.” I was still naked and the wind in the early sun would have felt good on my body had I not been so distracted.  “I’m just asking for some time.”

He reluctantly followed me to the shoreline. I’d said to come at low tide so we’d have more options, and I gave him a slotted spoon and a grocery bag to put whatever he found in. I showed him how to tell beach glass from ordinary debris and trash. I said it came in a lot of colors and red was the rarest of all. He picked up a pebble and put it in his bag.

“I only need what’s haunted,” I told him. “You have to know how to find it. We have to hum and then get very quiet. Then it will sing to us.”  I hummed and he didn’t. At first, there were some duds, but then I heard the singing, oh the singing! I wanted nothing more than to keep adding to the shelves boasting the colors and the waveforms. I picked up the gorgeous singing pieces, several blue, different blues, one cobalt, and I swear I could hear it even from my palm.

The postal carrier who had just cut back his hours was still standing there with just the one pebble.

But I didn’t get dressed. I ran naked to my car with the haunted beach glass and drove away with the story of the Japanese castle playing and the beach glass singing. I needed the beach glass to sing back to me because this morning I stood naked on a beach with a stranger and he didn’t even speak to me, and it’s always ended this way.

Erin Lyndal Martin is a creative writer, music journalist, and visual artist. Her web presence is at http://www.erinlyndalmartin.com. She's on Twitter @erinlyndal.