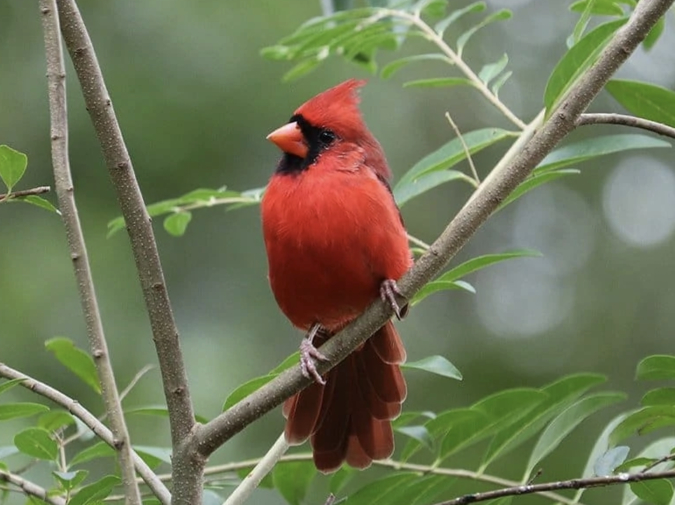 My six-year-old son stretches his arms to their limit as he describes his latest nightmare.

They had long arms, and their fingers looked like this, he says. He flaps his hands and wiggles his fingers. My son sits at the edge of his chair and smiles, but his voice is unsteady in a way that betrays the lingering terror inside.

Ovals, I say, slowly so my pronunciation sticks with him.

Ovals, my son repeats. I smile as he mimics me.

Then I ask him, What did they do?

My son is gazing at our cat Felix as he chews dry food in his corner of the kitchen by the back door. My son says, They stood around my bed, like in a circle.

They wanted me to go with them. They said I had to go with them, my son says. The wooden chair beneath him squeaks. His eyes dart from the cat to me to the cereal bowl before him.

I didn't want to, he says. That's when I yelled. For you and Mom.

I bite into my toast and watch my son busy himself with his cereal again. He arranges some of the milk-sogged shapes in a line before selecting one with his spoon and raising it to his mouth. Then, the word work drifts through my mind.

My son asks, Can I go to work with you today?

I smile and say, Not today.

That was fun, the other time. Take your kid to work day, he says.

It was. We'll do another one soon.

And I won't have to go to school?

He resumes eating, smiling now. My wife enters and takes the mug of coffee from the counter, the one I poured for her. She traces three lines across my back with her fingers. I know she hasn't slept. Rather than toss and dwell on the screams of our son once he'd settled down, she went into her office in the spare bedroom to type ad copy. Now she kisses my son on the head, then the same spot on mine, before leaving the room again. Much of our relationship operates in these quiet rotations. Once it made me worry, but I learned this was simply how my wife communicated: finger stokes, the press of lips to warm skin, the unspoken steel of her soul.

The stream of crimson brake-lights that floated like an illuminated trail of blood from Boston inches north. Cool air from the vent paws my face. I rotate between scratch-throat talk shows and futile traffic reports. I want to relish this muddle of noise before the night's combat against the unseen enemies of my son.

The traffic reporter on the radio bleats something about a cargo truck broken down across three lanes, how the rush to escape the city is backed up for miles, how everyone is always waiting this time of day. I drum my fingers on the steering wheel. I've always prided myself on my ability to communicate, to use the words necessary in any situation. It's a product of my gift. I'd never claim to be a psychic, but every so often I catch a wisp of someone's thoughts. As if my empathy had learned how to count cards but forgot to tell my conscious brain. And I can sometimes willingly make it work: if I really concentrate and clear the wind from my head, I'll access something deeper. Something where I just know. It's strongest with those close to me, friends, my wife. Like when things are intimate, contained. In conversation circles at the edge of transition. Quiet train cars as they leave the city behind. Lonely tables in restaurants, meals that never seem to end. It's there I'll snatch a premonition, a signal of where the energy is going.

But it's different with my son. I've tried, for years, to peer inside, to understand this mirror image of me. But the surface of that lake stays calm, sweet, my son.

From the base of the stairwell, I listen as my wife reads a story from an old book of Irish legends, one about princes and princesses, turned to swans, who must wait centuries until a tolling bell sets them free. I hear her use words like Laoch, hero, and Dóchas, hope. I grip the handrails and follow the rise and fall of her words and the places she chooses to draw a breath.

For a few weeks now we've tried eliminating TV time before bed. Thus far, it hasn't helped. The night before, my son howled into our bedroom and told us the beings tried to remove his head after he refused to go with them. He twisted and sobbed as my wife rubbed his back. I folded my hands, too afraid of my touch setting off  the havoc of his nightmares that already thundered through his body.

When the story is done I climb the stairs and go into his room. He's resting on his side beneath a comforter with prints of dolphins and whales in the sea. My wife stands and moves past me. Our fingers graze.

Then my son asks me, Am I going to have a scary dream again?

My son stares past me to the window at the far end of his room. It overlooks our side yard and, beyond it, the street washed pearl by the solar-powered lamps.

Then I ask, Have I ever told you about my nightmares as a kid?

My son shakes his head.

I used to dream about this big red bird, I say. You know those robins we see in our backyard sometimes?

It was like one of those, the one in my dream, but much bigger and redder. Unlike any other bird you've ever seen.

So I used to dream about this big red bird. Sometimes it would follow me in my dreams, or chase me around. It ate me, once or twice.

I was very scared.

Well, Gramma and Grampa told me I shouldn't be worried. They said I would grow out of it. Then one night I had this dream where this small white bird appeared and talked to the red bird. I don't remember what they said but before I woke up they flew off together.

And then what happened?

I stopped having the nightmare.

I tell my son, Well, you know how Mom and I have to buy new shoes for you every year? You're always outgrowing things. You'll outgrow this, too.

Then I kiss him on the forehead and switch off the light on his bedside table. I go into the hallway and close the door, then downstairs to the kitchen sink where I drink some water straight from the tap. The darkness in the window above the sink seems to shift and my mind searches for any pattern of movement. Felix curls around my leg and meows, his voice thick with age.

I feel my child through the ceiling above me. A sensation of exposure, a need to protect I can't vocalize. I ascend the stairs and approach his door, gently turn the knob and let myself in. Comforter pushed away, my son is asleep on his back, breathing open-mouthed. Felix follows me in. I close the door and ease down to the carpet, cross my legs and adjust to the swamp of the dark. The light from the street smudges the ceiling by the window. Felix sags against my lap and as he does I force the air from inside my head, think of my son, what he's feeling. I get nothing. I scratch Felix for a while and shift my back against the door, against the encroaching soreness. The warmth and stillness of the room relax me and I drift, wondering whether I should join my wife.

A presence, like a blanket made of static, stirs me. Four beings, beings translucent, beings with heads that skim the ceiling, beings with fingers spread like the radials of a web from the ends of spindly arms, approach my son. I want to stand and get in their way but I can't, as if some great shield of electricity smothers me, holds me down as I gnash, grind my teeth, hiss like a cornered cat. The beings don't seem to notice. They reach for my son, their arms and hands extended like bridges made of moonlight, gleaming invitations to come, to follow, just like he told us. Ripples spread from their feet like wind through grass. Felix is awake, too, a warm, shuddering weight on my legs. I twist my head and see my son, now awake and upright, eyes deadbolted to the opaline gaze of the beings. He looks weightless, prepared to rise from the sheets.

From the dark beside me comes a scarlet flash of feathers screeching, bounding for the beings, talons slashing at the iridescence, a gale against the squall of glass and flesh, against a din of fearful voices just beyond the reach of human hearing, now they, gone, then in their place, its claws clenching the ruined sill looms a great red bird, maybe four feet tall, its midnight eyes on my son. Everything hangs in frozen silence, this place at once familiar and yet so different, a feeling of the air from when I was a boy, now for my son, where two arches meet like bones, here, a door. Then Felix pads across the carpet and raises his body to the red bird. The red bird cocks its head and bends down, and its beak brushes against Felix's nose. I watch until a magnetism bears me down, down through the floor and the bones of our home, down to the earth's blazing dynamo, the fiery heart from which all of us are born, down then swallowed by shadow and iron and nothing.

I smell dust when I wake in a pool of warm light from the window. Robins chitter in the branches outside. I stand, walk to the window and find a foot-long cut across the screen. My son is curled beneath his comforter, lost in sleep, Felix nestled at his feet.

I slip into the bed beside my son, pull him close, match our breathing. What I feel next is the seashore just after dawn, the touch of the water against sand undisturbed, for now, by any other living thing, the slow advance of sun, safe with the knowledge that we survived the passing of the night.

Michael McSweeney is the author of HEROMAN, forthcoming from Expat Press. He lives in Brooklyn and tweets at @mpmcsweeney.