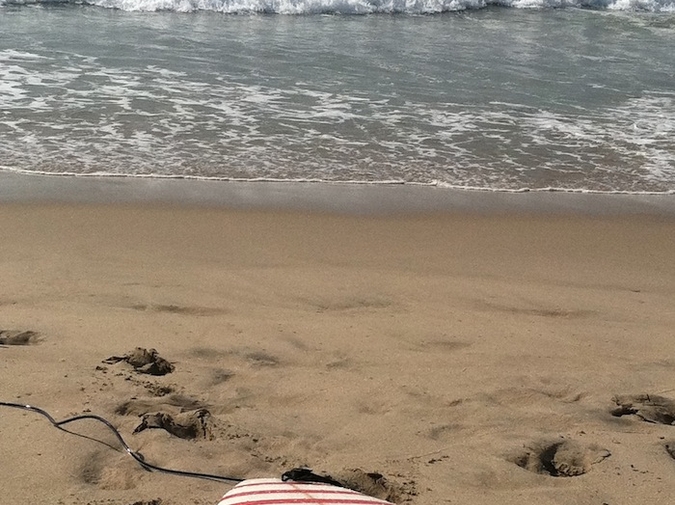 Many young novelists have been gravitating toward a movement known as the “Real Newism.” Adherents of the Real Newism assert that effective fiction requires “experiencing events.” And today, you can’t turn on NPR without hearing about how some upstart scribe hunkered down in a pan of warm butter for a year so she could write her novel from the point of view of scallops.

Then, there is the award-winning novel, Nana’s Bones, in which a sexually confused, alcoholic chessmaster spends nights underground, inside his grandmother’s coffin. We are all moved to tears when the sexually confused, alcoholic chessmaster eventually gets sober and a sex change after life lessons gleaned while visiting with Nana’s talking skeleton. But when we learn that the author prepared to pen the novel by spending nights drunk and underground inside his grandmother’s coffin with a Lithuanian chessmaster and a cleaver, it dilutes the narrative, and offers a perfect example of the misguided spirit driving Real Newism.

Adding to this headache are the semi-annual back to the land, epic Western novels, churned out after novelists attend the increasingly ubiquitous Real Newist workshops that teach young MFAs how to blowdart elk and drink their blood. If the session doesn’t turn you completely Apache, argue proponents of the RN, it at least provides an idea of what the Apache went through when they weren’t going through smallpox, and also what they were wearing.

Now, I am not against youthful exuberance, but I wonder sometimes if this mindless epidemic of authenticity isn’t damaging to fiction. I’m reminded of an old yarn that has Ezra Pound going to check on James Joyce in Zurich, where Pound finds the Irish author experimenting with a kind of ur-Real Newism. The visit provided an augur of things to come.

“James, you sinful imp, what have you got yourself into?” asks Pound, horrified at the sight of Joyce, who is loitering at the fishmonger’s, spanking an octopus.

Joyce looks puzzled: “Ezra, how can I write about the aquatic vault and not live its experience?”

I understand that authors must write about what they know, because they’ve been in a war, or in love with someone on death row, or have a knack for trivia. But to insinuate oneself--one’s actual self--into a novel, is to betray the very nature of fiction and imagination itself. What if we all wanted to write books about the Apaches? That’s a lot of elk blood, and the CDC is notoriously stingy with their hoard of smallpox germs. We can’t all afford to go to literary dude ranches, nor do we need to. A creative mother lode of experience waits to be mined in our very own imaginations!

Did Virgil go to hell? No. Did Virginia Woolf go to Disney World? No, and it turns out that Orlando isn’t a place, but a dude. And did Truman Capote ever have breakfast at Tiffany’s? Yes, but the eggs Benedict was cold and the bloody marys were “bullshit.”

So what of the Real Newism? I imagine, that like all fads, the Real Newism will go the way of Pre-Modernist Post-futurism, The New Old Avante-Nouveau, and The Holyoke Hornets, a AA minor league Brooklyn Dodgers affiliate whose starting nine ended up spearheading an ephemeral literary movement while compiling a 1-103 record in 1902.

That is to say, the allure of experiencing life will ebb, and we can go back to sitting in robes, smoking and writing about what other people have already written about. It’s the natural order of things for the serious artist. If I’d wanted to “do” things, I’d have gotten a job, or a wife, or a smaller TV.

In the end, I suppose (and literary movements be damned), a novelist must use whatever tools he or she has to move from one page to the next. Some writers need to engage with the world, “experience” life, and actually do things to write about them. I pity these writers, I really do. Do you know how expensive it is to get out there and be sure something worthwhile is going to happen to you? It’s $175 and it’s above a fortuneteller’s in Alphabet City.

Some writers need that kind of ceaseless, real-world inspiration, but others, like Ezra Pound and me, we just use our imagination and a snorkel.

Tyler Stoddard Smith’s writing has been featured in: UTNE Reader, McSweeney’s, Esquire, The Best American Fantasy, The Beautiful Anthology, The Nervous Breakdown, and The Morning News, among others. This year he was listed as an "Author to Watch" by Kirkus Review and his recent book of humor and history, Whore Stories: A Revealing History of the World’s Oldest Profession was named to Kirkus Reviews' Best of 2012. Contact him at: www.tylerstoddardsmith.com