The Pot and Its Handle 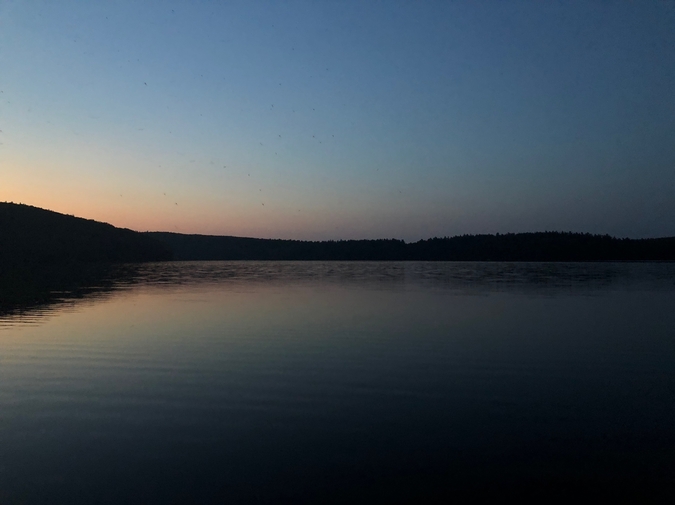 In the spring of 1989 an asteroid the size of the Eiffel Tower crossed Earth’s orbit, hurtling through the space our planet had occupied just six hours earlier. Scientists who discovered the giant rock nine days later named it Asclepius.

Twelve years before that near miss, my father taught me about the night sky. Stooping in the cool sand so our vantage points matched, his warm hand on my small back, my fingertips on his whiskered cheek, he helped me find the Big Dipper. He pointed first to the four stars of the pot pinned to the blackness, then the crooked line of its handle.

In a collision with Earth, scientists say, Asclepius would carry the force of a 600-megaton atomic bomb. But to the Greeks, Asclepius was a healer so skilled he could bring the dead alive. This enraged Zeus, who disliked having so many mortals around, so he killed Asclepius with a thunderbolt.

Some say there can be a rustle or shift, a warm wind or a bird taking sudden flight that marks the moment of a wedding or birth, an injury or death. But when my father relinquished his body to the laws of the universe, I sensed no such signs. As his slight frame, his new running sneakers and his Timex hurtled earthward one warm Friday afternoon, as his flesh absorbed the trauma and his heart ceased its pumping, I lacked the correct frequency, missed altogether nature’s signals.

My father did not tell me that the Big Dipper was a fragment of the larger constellation Ursa Major, known to most cultures as a bear. The Greeks said this bear had once been a woman. Native Americans believed it was the animal’s blood that stained the leaves red in autumn. My father told me nothing of these legends. Nor had I ever heard this story, told in Arabic cultures: that the pot was instead a box made of wood, the four stars marking the coffin’s perimeter. And the handle was not a handle at all but a slow trail of mourners.

Susanna Space’s nonfiction has appeared in the journals Redivider, Pleiades, The Cincinnati Review, Storm Cellar and elsewhere. Her essays have been shortlisted for several literary prizes, and her flash piece “Threshold” won first prize in the 2018 Glass Mountain Poetry and Prose Contest (Antonya Nelson, judge). Her first book, now in draft, was a finalist in the 2018 Tucson Festival of Books Literary Awards. Read more at susannaspace.com.