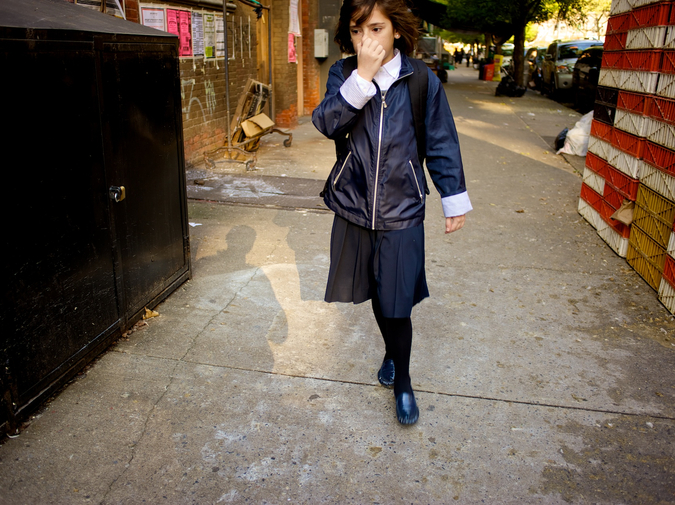 On a Tuesday morning in May, everyone in Spokane, Washington woke to the smell of pie. It was blueberry – sugary with a hint of vanilla.

“Are you baking something?” my husband, Davy, called from the bedroom as I brushed my teeth.

But the smell didn’t stop at our building’s front door. If anything, it got stronger outside. It came in waves, drifting along in the breeze. I thought this was what it might smell like inside a Norman Rockwell painting. As I walked toward work downtown, I passed other people enjoying the smell too. No one said anything, but they kept turning their smiling faces side to side, sniffing.

My colleagues at the office were less demure.

I said yes, of course. I was still smelling it. It was everywhere.

Others from the department joined the conversation. One guy thought it was coming from a new small-batch, artisanal pie-filling company.

Someone else suggested an accident involving a pie train as it rolled through town, spilling its contents and wreaking havoc.

Our secretary shook her head. “It’s the huckleberries ripening in the mountains. This happens every year. You people just forget.”

The rest of us denied this. We would not forget such a thing.

We had our staff meeting outside that afternoon, lounging in the grass of our office park. We’d never done that before. It was the pie smell. It made the day feel like a holiday.

When I got home, I found Davy sitting in the living room with the curtains drawn, a glass of whiskey in one trembling hand. I asked him what was the matter.

“But there is no pie. Doesn’t that upset you?”

It didn’t. I stroked Davy’s hair and tried to say comforting things anyway.

In the morning, the smell remained. People in the streets still sniffed, but now it was with expressions of concern rather than delight.

There was no mention of the smell in the newspaper that second day. That, more than anything, seemed to bother my colleagues.

“They’re hiding something from us,” Shelia said.

The mainstream media, Shelia said. By order of the governor. No, someone else said, bigger than that even. This went all the way to the top.

I told Davy about my officemates’ theories, hoping he’d find them funny. He was drinking again. Whiskey again.

“This is no joke,” he said. “Something really bad might be happening.”

“Sweetie,” I assured him, “nothing that smells like pie has ever been bad.”

But it wasn’t. Nor the next day. By the time the pie smell had lingered a week, Spokane was in a panic. Schools closed. Hardly anyone went outside anymore unless they had to. I watched people sprint from cars to houses, limiting their exposure. Davy went to the store and came back with surgical masks.

“Please wear one,” he said. I accepted a mask and, out of love, dutifully put it on each morning before I left for work. But then I took it right off as soon as I was out of sight of the apartment.

As I walked, I constructed an argument defending my actions. All this hysteria was manufactured fear. The same kind that kept gun sales high, and sent Americans to war. I wasn’t about to give in. Bravery in the face of pie, my own personal resistance movement.

Of course, this wasn’t the reason I wouldn’t wear the mask.

The real reason was: I liked the smell. I thought it was the best thing to ever happen to Spokane. Before, our neighborhood smelled like mold in the winter and piss in the summer. Pie was, in my opinion, a vast improvement. The sense of wonder had faded for everyone else, but it never did for me. It reminded me of holidays with my grandma. Though we used to make apple pies, not blueberry. Didn’t everyone have a grandma who made pies? But I found myself alone, the sidewalks deserted. Those who were outside all wore surgical masks of their own.

Still, there was no information about the smell in the newspaper, or on TV. Twitter picked up the slack. Each day, different suspicions. The smell was a neurotoxin being tested by the military. It was a byproduct of some new Monsanto abomination. It was thought to cause birth defects and respiratory distress.

“There are men in hazmat suits on Monroe Street,” Sheila said. “They know something we don’t.”

This, it turned out, was true. I saw them in their bright bubble outfits on my walk home. One held a device that looked like a Gameboy crossed with a pitchfork. I waved to him.

“What are your findings?” I asked.

“Not good,” he said. “This location is off the charts on the Pie Toxicity Scale.”

Inside his plastic suit, he scowled. “No, lady, it’s not fucking pie. It’s an acronym.”

But when I asked what for, he didn’t respond. “You shouldn’t be out here like this,” was all he’d say.

I knew I ought to put on my mask and call a cab. But I didn’t. I walked the long way. The smell surrounded me, sweet and comforting.

“I loved this city,” he said. “I wanted us to buy a house here. Raise a family here.”

I told him I wanted those things too. I didn’t see why we couldn’t still have them.

Davy shook his head. “This is Pie Toxicity we’re talking about.”

He wanted us to evacuate. Others already had. I said no, but couldn’t give a reason.

That was the night the smell changed. Not dramatically. Just a little. One minute it was the familiar blueberry pie, then, a moment later, something else. Something sharper, the vanilla notes dulled. The cinnamon more pronounced.

It was apple. Exactly like my grandma used to make. I smiled. But in Davy’s eyes I saw terror.

I had no answer, and besides, any I could have given was instantly drowned out by a klaxon outside, air raid sirens I hadn’t known existed. Some holdover from another era of fear.

This was serious. I could hear its seriousness in the alarms and see it in my husband’s face. But I couldn’t stop smiling. In fact, I was laughing. How could I not? Sirens for apple pie.

I took Davy by the hand and led him through our apartment. When we neared the front door, he realized where we were going and balked.

“What are you doing?” Davy asked.

He pulled back against me, but I kept us moving forward. I wanted the smell more than anything – to be surrounded by all its apple-y, sugary wonder.

Leyna Krow is the author of the short story collection I'm Fine, But You Appear to Be Sinking (Featherproof Books 2017). She lives in Spokane, WA with her husband and daughter.