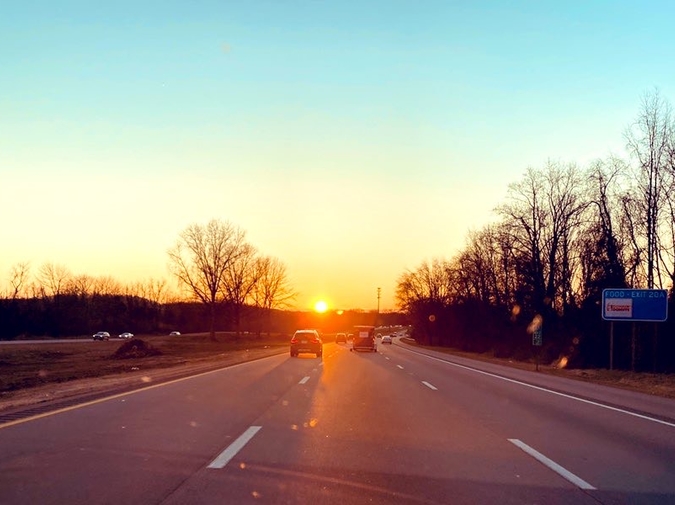 This is how I want to remember us: the tattered rooster blanket, the wine bottle with a pen through the cork, Herc’s fur in tumbleweeds in the grass, Audrey’s red fingernails, Mel’s hairy ankles, the sun making us sweat, making us say, “We said we wanted summer,” the way James pronounced “lingerie” wrong, me biting brie out of the rind, the sound of rap music through the trees, rows of colored roses, pink orange purple cream, how James belonged to me and Mel belonged to Audrey, but we were always the four of us, never not together, ever since the first week of college, and still a decade later, how we spent too long figuring out how to do our taxes, the way Sundays became holy, the softness of Mel’s hair, the broken hatchback, the amphitheater where we pretended we could sing, the Olive Theory and how it worked, (if one person loves olives and the other hates them, you’ll stay together for life), how Mel made shadow puppets once the sun finally dropped, a wolf a bat a snake a heart, the knife, how it stayed sticky with jam, when James slid his hand down my skirt so he could touch my butt, the way Mel looked at Audrey like she was god, the lazy tennis matches on the jacked-up court, tic-tac-toe, the way Audrey could turn anything into a game, how the car wouldn’t start on the way back from the falls so we slept in the backseat and foraged for blackberries, how we could never buy just one pint, the way the servers knew our names, how we had each other’s coffee orders memorized, pizza toppings, shoe sizes, how we all hated olives, so we should have seen it coming, the way we surprised Mel on his 29th birthday and he threw himself to the floor, cried because we scared him, how he never lived it down, not for the three years we still had left with him, sneaking into hospital rooms, tomato soup and Frosted Flakes, a scar the shape of Chile across his skull, the crush we all had on the radiation technician, his tattoos and tight butt, blood bilirubin bile, the beeping and bandages, Mel’s last, holy breath, mouth turned up like the middle of a joke, his cold hands forever in ours. Don’t you dare say, “Amen.” The bad DJ after the funeral who he’d hired on purpose to make us laugh, the Macarena, for chrissakes, the Chicken Dance. Mel’s mom forcing baked mostaccioli on us, saying, “The loves of his life should be stuffed to the gills.” How his last word was “take,” and we took and we took. The way everything was beautiful even when we didn’t know it. The way we made it beautiful. The whole scarred sky.

Maggie Pahos is a writer and teacher living in Portland, Oregon. She holds an MFA in Creative Nonfiction from Chatham University, and her work has appeared in The Pittsburgh Post-Gazette, Hippocampus Magazine, Brevity, The Rumpus, and elsewhere. You can read more of her writing at www.maggiepahos.com.