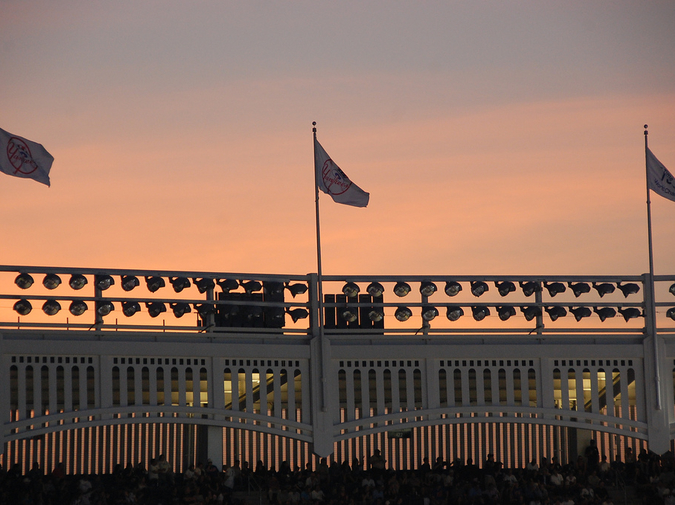 The majority of 1990s children who played Ken Griffey Jr. Presents Major League Baseball for Super Nintendo may very well remember the iconic MIDI boogie that plays on a maddening/totally rockin' loop throughout. They may remember the pulsating mass of synchronized polo shirts that passes for a stadium crowd, or the third base coach who always waves you home, no matter how hopeless the circumstance. They may remember the sheer amount of personality in the player animations—the waggling of bats, pumping of elbows, and popping of bubble gum. They may remember the vertiginous effect of the baseball being flung across rapidly moving patches of pixelated grass. They may remember the unflattering squat each player takes over home plate after having hit a home run.

They may remember that a player can maintain control of the ball long after it has left their pitcher's hand, which can lead to corkscrew maneuvering and ballistic creativity that could outmatch a Krazy Straw. They may remember the soundbite "Oh, come on!" which is sometimes voiced after a strikeout, even if they didn't know it was a sampling of Jim Belushi from the 1985 spy-caper, The Man With One Red Shoe. They may even remember that while the game licensed team names, logos, and stadiums, and specifically licensed Ken Griffey Jr.'s name, statistics, and likeness—they did not license the names of Major League Baseball's other 699 players.

The folks at Software Creations could have left them blank. They could have filled in common American surnames like Smith, Johnson, or Jones. They could have named the players after themselves or their pets or their friends (and they did on at least a few occasions). But by and large, how they named the players constitutes a glorious, nearly artistic coup, and one that makes the game alternatingly fascinating and hilarious, even (perhaps especially) to those who have never picked up a game controller or a baseball glove.

The overall effect is surreal, inspirational, and often subversive. The player has no choice but to engage in outlandish pop-culture and historical daydreams to make sense of America's national pastime, newly transplanted into an alternate universe. One also wonders how many suburban kids were introduced to the films of John Waters, the music of The Cramps, Universal horror pictures, or the British soap opera Coronation Street after researching the peculiar "new" names of their favorite players?

The following are scenarios that can actually arise in Ken Griffey Jr. Presents Major League Baseball:

Werner Herzog, who, after finishing Stroszek, decided to stick around and become a relief pitcher for the Minnesota Twins, reads the signs from his catcher, Marc Bolan of T.Rex. Werner's already allowed base hits from girl group legends (and members of the Philadelphia Phillies) Darlene Love and Ronnie and the Ronnettes, but thankfully Phil Spector grounds into a 4-6-3 double play, leaving the Phillies scoreless. Werner proceeds to end the inning by striking out Rocky Balboa, who apparently joined the team sometime after the illegal back alley fight at the conclusion of Rocky V. Afterward, Werner returns to the dugout where he does not work on the storyboards for his next film, because "storyboards are the instruments of the cowards."

Oakland Athletics starter and posthumous Pulitzer Prize winner Sylvia Plath simply stands atop the mound and refuses to throw a pitch while Seattle Mariners right fielder and intergalactic gangster Jabba the Hutt impotently twitches his biceps for the rest of eternity, or until you remove the game cartridge.

Daniel Clowes, author of Ghost World and starting pitcher for the Houston Astros, heaves with exhaustion by the ninth inning. Ralph Bakshi is warming up in the bullpen, ready to take over at a moment's notice. Daniel looks to his shortstop, R. Crumb, for inspiration. He avoids eye contact with his second baseman, Frank Miller, who plays second base well enough, sure, but who has also expressed some dangerously crypto-fascist ideas in his graphic novels. Daniel hurls the ball toward the plate, where part-time Detroit Tiger and Cotton Club standby Cab Calloway tees off, launching it into the stands beyond center field. Daniel Clowes doesn't much care that he just gave up the game-winning home run, because he only became a baseball player so he could cynically observe the sad realities of life in the stadium microcosm. However, having just watched the nearly ninety-year-old singer of "Minnie the Moocher" hit a home run, he reflects that it may very well be the only objectively "cool" thing that has ever happened as a result of organized sport.

After Cincinnati Red and car crash enthusiast J.G. Ballard hits William Faulkner with a (possibly fetishized) pitch and strikes out Ernest Hemingway, it's up to Gertrude Stein to revitalize the Oakland Athletics' hopes for a World Series win. Gertrude attempts to divide her attentions between batting and composing poetry so she can get into that sweet spot of "stream-of-consciousness baseball." Consequently, she hits a two-RBI triple deep into left field and secures the lead, prompting a paranoid Philip K. Dick to be called up from the bullpen. Meanwhile, Hunter S. Thompson sits on the Oakland bench with Dylan Thomas and Geoffrey Chaucer, injecting bourbon into their belly-buttons with a syringe.

Patti Smith is brought into pinch hit for Sylvain Sylvain of the New York Mets (and, incidentally, the New York Dolls). After sending several of L.A. Dodgers closer Henry Rollins' curve balls veering wildly into the polo-shirt-clad crowd, Patti hits a hard line drive into center left... which is miraculously snatched from the air by The Cramps' Poison Ivy, ending the inning.

Boston Red Sox first baseman and former Vice-President Aaron Burr is having a terrible day. He deeply resents being forced to play on the same team as Alexander Hamilton, whom he had once killed in a duel, and Norm Peterson, who played a barfly on something called "television" nearly two-hundred years after Burr's political rise and fall. Today, he's gone 0 for 3 against Kansas City ace, frenemy, and former U.S. President Thomas Jefferson. He's also committed two unforced errors, allowing Nixon, Hoover, and Eisenhower to take extra bases. He thinks it's pretty damned inappropriate that so many U.S. Presidents are playing for a team called the Royals and chalks up his bad luck to being a politician first and a baseball player second. Later, his ignominy is multiplied when he's struck out looking by Andrew Johnson, of all people.

With the bases juiced, Milwaukee Brewer and Gotham City billionaire Bruce Wayne lobs a knuckleball at Colorado Rockie and Overlook Hotel-creator Stephen King (who's pinch-hitting on behalf of Lon Chaney, still recovering from the bodily contortions of his last film role). Stephen clobbers a grand slam that floats out of the stadium, not unlike an ascendant red balloon. On the Brewers' bench, sullen-faced, Remington Steele, The Prisoner (yes, Patrick McGoohan's character from The Prisoner), and Magnum, P.I. shake their heads as Stephen King gives Vincent Price a high-five, crosses home plate, and takes a victory squat.

Judy Garland confers in the bullpen with fellow Cleveland Indian Natalie Wood about which barbiturates will interact the least with the staggering amount of alcohol in her system. Being an old pro, Judy takes the mound and nonetheless effortlessly strikes out three members of the Baltimore Orioles: John Waters, Tracy Turnblad (Ricki Lake's character from Hairspray), and Ramona Rickettes (Susan Tyrrell's character from Cry-Baby). In the bottom half of the inning, the opposing pitcher is Queen Carlotta, Edith Massey's character from Desperate Living, which is a pretty goddamn deep cut, even for a game that's already fashioned an entire team around Waters and his Dreamlanders. In the following six at-bats, the Queen pitches to The Avengers' Diana Rigg, Sheena: Queen of the Jungle's Irish McCalla, pin-up icon Bettie Page, burlesque superstar Lili St. Cyr, and Tura Satana, the first woman to kill a man onscreen with her bare hands (in Faster, Pussycat, Kill! Kill!).

Just then, there is a rapping at the bedroom door. "What are you doing in there?" asks the Bible-thumping mother. She has a way of sniffing out rebellious and forbidden behaviors, almost like a sixth sense. "Just playing some baseball, mom," comes the honest reply.

Sean Gill is a writer and filmmaker who won the 2016 Sonora Review Fiction Prize, the 2017 River Styx Micro-Fiction Contest, and The Cincinnati Review's 2018 Robert and Adele Schiff Award. He has studied with Werner Herzog, played a rock star for Martin Scorsese, and documented public defenders for National Geographic. Other recent work may be found in The Iowa Review, McSweeney's Internet Tendency, Barrelhouse, and ZYZZYVA.