The Good Cents of Security 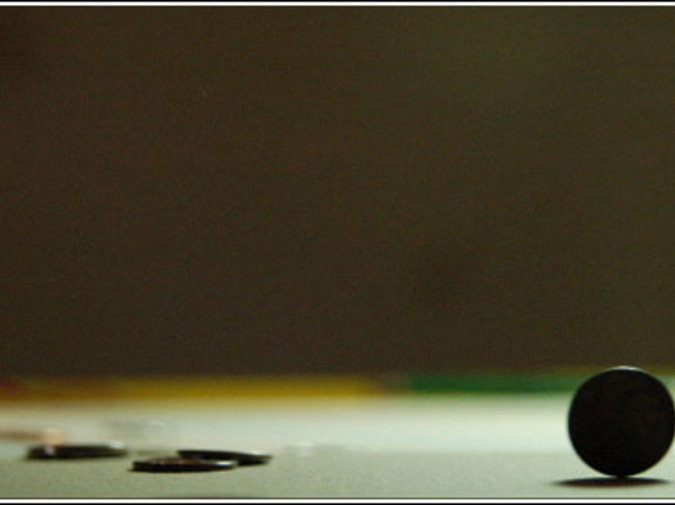 Earl Jenkins was a security guard at PNC Park where the Pittsburgh Pirates play baseball. Every time he worked one of the sidelines, right down on the field, and he snagged a foul ball, he gracefully handed it to the closest little girl in the stands and made sure she saw that his hand had only two fingers. If there wasn't a little girl close by, then any little kid would do.

"I do it so that they won't fear the handicapped," Earl told several members of the grounds crew. "I want to give them a little positive reinforcement when they're that young if they encounter someone in a wheelchair or someone with one arm or something."

One of those foul balls, a sharp grounder that skidded just right of the first base sideline, found its way from Earl Jenkins's quick malformed hand to those of four-year-old Emily Milbrath. Earl felt especially generous that night, and gave the little girl a stick of gum in the seventh inning. Emily's father helped her unwrap the foil.

Emily already had a favorable outlook on those with handicaps because her next door neighbor, Clarence, was paralyzed, and he had a friendly cat that he let Emily pet on his front porch. And her daycare teacher, a woman who lost a leg to cancer in her twenties, hung up Emily's paintings on the wall and taught her how to tie her shoes.

After that Pirates game, however, Emily began to associate all security guards as gift givers, as navy blue or gray Santa Clauses.

For six months she begged every security guard she saw strolling through the mall or eating at a sandwich shop for a gift. She said hello and put her hands out. Sometimes the guard at the mall gave Emily pennies from his pocket to throw into the fountain, or maybe she would get a few broken Doritos from the bottom of a bag.

And if they had nothing to offer her -- if the security guard had nothing to place in Emily's hands except their own for a fun little handshake with a four-year-old girl -- she tugged on their polyester slacks and cried. She jumped up and down, whining like a cold dog seeing a shadow in a house window.

When Mr. Milbrath took her to the zoo on a cloudy Sunday afternoon, Emily twice ran away from him and into the arms of a friendly security guard-woman who bent down to receive her with a warm, tight hug. The woman, young and black, wearing a blue hat and a small walkie-talkie system on her chest, gave Emily quarters to buy fish food from the vending machines. Her father stood behind them with his hands on his hips, watching as the two of them sat on a wooden bridge and fed brown and green pellets to the catfish fighting below.

"What should we do?" Mr. Milbrath asked his wife a day later in the car. Emily slept behind them with her tongue out.

"Maybe this is something that all kids her age do."

"I just don't want her talking to strangers like that," he said. "Maybe somebody will look at her and grab her up."

"I think about that every day."

After a particularly bad tantrum Emily threw in the lobby of Mr. Milbrath's office where she slapped the knees of a young security guard with empty pockets, she was punished and forced to sit on a red plastic chair in her room. Surrounded by four walls of painted sunflowers, her mother explained to Emily that she could not act that way with people because it was rude, and being rude was bad.

"It's wrong, Honey. You can't be like that because it scares Mommy," she said as Emily wrapped her hands around both of her mother's index fingers. "Don't scare Mommy."

Mr. Milbrath worried how his pretty daughter asked strangers for things. He blushed when they handed Emily quarters, candy bars, or mints, and he bought two books at Borders on how to deal with his greedy daughter. He stayed up late reading.

Mrs. Milbrath asked the next door neighbor, Clarence, if he had noticed a change in Emily's personality. "Nope," he said, stroking his cat on his immovable lap. "In fact, Emily always says â€˜please' and â€˜thank you' when I see her. And she just treats little Betsy here like a queen."

The tactics from her father's books did not curb Emily's begging, and her parents decided to keep her at home as much as possible. The two of them worked out a calendar.

Emily behaved herself at home and began a great interest in coloring books. She said "please" at the dinner table. When she was through playing with her toys, Emily put them back on the shelf. Her parents were impressed but still wary of taking her to public places.

One cold Tuesday when Mr. Milbrath was at work, his wife slipped and fell hard on the kitchen floor. She sprained her ankle. Unable to find a babysitter on such short notice, Mrs. Milbrath painfully drove Emily along with her to the hospital. As her mother filled out paperwork in the resting area with her ankle raised onto the seat of another chair, Emily watched television in silence. Confused by an insurance question, Mrs. Milbrath limped back up to the nurse's station.

"Emily," she said over her shoulder, "be a good girl for Mommy and stay there and watch TV. I'm going right over here where you can see me. Do not ask strangers for anything. Do not scare Mommy. You hear me? In fact, why don't you come over here with Mommy so that I know what you're doing?"

Emily crossed her arms and shook her head, keeping her eyes on the television screen.

"You're going to stay there and be a good girl for Mommy? Do. Not. Beg."

Emily nodded, dipping blonde pigtails into green eyes. Her hands held each other loosely over her lap.

A hospital security guard, a strong black man with a clean mustache, dressed all in gray except for a pair of shiny black shoes that were slowly coming untied across his wide feet, stopped in the same waiting area where Emily watched her cartoons. He huffed and sighed. The name on his nametag said Jerry Wexton.

Jerry set his heavy feet, one at a time, onto the edge of the coffee table to tug at the laces. If Mrs. Milbrath were to have turned around, only the tip of Jerry's shiny shoe would be visible.

Sliding quickly off her seat, Emily walked up to Jerry with her hands out. Mrs. Milbrath continued to bend over the nurse's station with her left foot hovering over the floor, asking questions with a pen in her hand. Jerry smiled at the little girl and choked on his breath.

Jerry was upset -- his nephew's friend, a wiry seven-year-old boy who loved monster trucks and baseball, died just minutes ago down the hall. The boy fell off a five-story balcony as his mother searched for a tip to give the pizza man. When he arrived in the squealing ambulance, Jerry held open a set of doors and recognized him immediately.

Emily looked impatiently at Jerry. She held her hands out as if she wanted to catch a falling bird. She whined and jumped up and down. Jerry sighed again and stepped forward, plucking a baseball from his front pant pocket -- a gift that he left the hospital grounds to buy for the injured boy -- and dropped it into Emily's shaking hands.

"Emily Sue Milbrath!" Her mother yelled from the nurse's station. She had caught the last few seconds of the exchange with furious eyes. "What did I tell you? Now you are going to get it!"

Startled by the woman's voice, Jerry slammed his arms to his sides. He turned around without saying a word to her or the little girl, and disappeared through a swinging set of double doors that led to the Intensive Care Unit. Emily stood there smiling at her new baseball as her mother hobbled over to spank her right there in front of anyone who walked by.

"Don't scare Mommy," Emily said with a distressed face, holding the baseball out as a peace offering.

Greg Boose is a contributing writer to TheNervousBreakdown.com, and has appeared on The Big Jewel, Monkeybicycle, Opium Magazine, Feathertale and others. You can read more of his work at www.gregboose.com.