The Earth Just Kept On Going 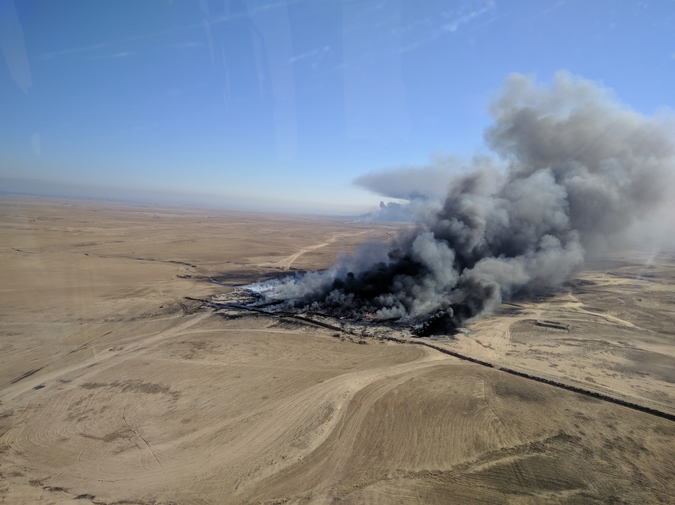 They decided to drill a hole. A deep hole. Out of old vanity perhaps, a nostalgia for feats and triumphs. A Superdeep Borehole that might reach five kilometres, seven kilometres, nine. Hell, they had no idea how far they could go.

Revolution swept the continent, a great lateral wave of change, and they dug downward.

They drilled a while and stopped. They caught their breath, sipped some coffee, and drilled some more. The stone hissed and spat, steam rising sour and scented across the plateau. Mr. Azakov patrolled the site and insisted they go deeper. They drilled and drilled, huddled around the superstructure of the device, some lonely tower on the steppe.

At fourteen kilometres, some shift caught their attention. Some impotent spin in the drill. They’d reached something, they realised. Or, rather, nothing. A cavity, a wide-open space.

But this was fine: Mr. Azakov had specially heat-resistant recording instruments made for such an eventuality. They tied them to braided ropes and lowered them hand over hand.

The thermometer registered 1,100 degrees Celsius before the instruments  melted. A microphone, supersensitive, was lowered in. It picked up a sound. Something so weak and high pitched that at first they thought it came from the equipment itself.

Coffee in hand, Mr. Azakov marched around and demanded they make certain adjustments. Men fell over one another to calibrate the device. They sifted through the static, twisting knobs and dials to tease out the sound. The others held on, rope cutting into their palms.

When the sound emerged it did so gradually. As though the noise itself were being dragged up the shaft, straight from the centre of the earth.

They could hardly believe their ears.

A human voice. And then a thousand more. A million perhaps, sobbing and screaming and suffering in the depths. Their device had punched right through the plain.

The men gathered tight and listened, their breath stunted and clouded with ice. They sweated beneath their coats. The land was flat and the sky was flat and the hole went straight down. They had dug deeper than ever before. Mr. Azakov stood with the men and let the sound fill his ears.

The sound, the sensation, the great seething hiss of hell.

The microphone lasted seventeen seconds before perishing in the heat. Then silence poured into their ears as a great fountainhead of luminous gas shot up from the drill site, and out of the midst of this incandescent pillar rose a brilliant being with bat wings, Cyrillic letters forming in the sky.

Я победил. I have won.

Jon Doyle is a writer based in the UK. His work has appeared in Barren Magazine, Necessary Fiction, 3:AM Magazine, Review 31, Full Stop and other places, and he runs the arts website Various Small Flames. For more information visit http://jon-doyle.co.uk.