The Ducks of Santa Nella 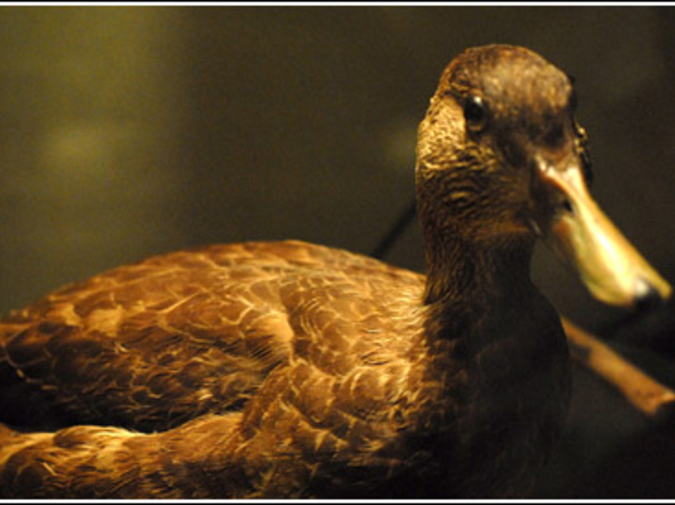 I came to the San Joaquin Valley to see the migratory ducks at California's San Luis National Wildlife Refuge. I found as much excitement in the truck stop town of Santa Nella.

Stuck halfway between Sacramento and Bakersfield, halfway between the Sierras and the coast, the four gas stations and one motel clumped along Interstate 5 were lucky enough to get a name let alone a Denny’s. After finally pulling myself from my motel room an hour later than planned, I found a booth at Denny’s where, over a plate of greasy eggs, I could plan the day’s hikes. The restaurant was packed. Men in tall mesh John Deer hats with brown glasses cases in their front, flannel pockets filled nearly every available table, alongside families of chubby adults and children dressed for the southern Cal beaches they were driving to. The scene made me thankful that I lived in a big city like Portland. And as soon as I started to wonder if anything more exciting than eating ever happened here, the answer walked through the front door.

I’d noticed her the first time she came in when, for some reason, she’d walked into the men’s room. This time, thought as she stood talking to the hostess, mouth agape, hands nervously rubbing her frizzy head, I realized she was a man. Dressed in a purple zip-up soccer sweatshirt and baggy brown corduroys that folded in frays under his heals, the guy, maybe twenty, frantically gabbed to the confused hostess. He tugged on his long brown hair, dragged bony hands over prominent cheekbones, then, after a few anxious minutes, in that bright undersized sweatshirt, he spun around on tiny ballerina feet and fumbled out the door.

When I asked the waiter what had happened, he refilled my water glass and shrugged. “Said his friends just drove off without him.”

“Wow,” I said, peering through the shutters to watch the kid shuffle through the parking lot. “Ditched, huh? Poor kid.”

The waiter just nodded. “You see all sorts of weird stuff working here.”

Twenty-three and carrying pancakes on arms thick to throw some serious touchdowns, Alan was born and raised in San Francisco to a Mexican mother and Guatemalan father and had moved to nearby Los Banos a few years back after getting into some trouble. Drugs, he implied, though he would not specify.

Reading internet printouts and scribbling notes on maps in diners and truck stops, waiters and waitresses usually ask if I’m studying for a test, but Alan was more perceptive. “You on a road trip?”

“Yeah.” I told him that I was supposed to be out in the marshes right now watching ducks before they flew off to hide in the farm fields for the day, but instead I’d succumbed to the joys of dry land and a warm meal.

“Where’d you stay?” Motel 6 I told him. “You know someone was killed there two weeks back?” He scooped the ketchup and Tabasco bottles from the next table and grinned. “That’s why rates went down five bucks.”

The cold silverware warmed in my hand. “Like, shot?” I asked, trying to seem more curious than scared. “In the parking lot or in their room?”

“I don’t really know,” Alan said. “It was all in the papers and everything, some husband and wife thing.”

That, I thought, explained why the sheriff was prowling the lot last night. At ten I spotted him ticketing an Asian man who, dressed in full camouflage, had illegally parking his aluminum duck-hunting skiff and couldn’t quiet his two barking birddogs.

It was duck hunting season, and Alan warned me to drive the speed limit on all local roads. “See, if you’re on pavement, you’re fair game,” he said, “and they don’t like newcomers in their town. Especially if you’re from the city, or Hispanic.” He laughed. “And I’m both. You get pulled over Hispanic,” he said, his head shaking side to side, “get ready for twenty questions.”

He’d actually been incarcerated the previous day. When the cop pulled him over for a broken blinker, he found half a burned blunt on Alan’s dash and a half ounce in the glove. Despite the medical marijuana card Alan presented, the officer booked him on possession with intent to distribute and took him to jail.

Alan fished a piece of paper, worn along the folds to a soft cloth, and a laminated card from his pants pocket. “I played ball in high school and screwed up my back and knees. To me, it’s medicine. Helps with pain.” The carry license read like a marriage certificate - legalese wording, notary public - and featured a photo of a very composed Alan dressed in a plaid collared shirt. “Weed ain’t nearly bad as other drugs, and meth is huge around here.”

Around Los Banos and Santa Nella people call meth “shit” - got any shit? - and manufacture it in houses way out in the country where, buffered by vast farm fields, there’s no one around to smell it. Alan described a local Los Banos cop who had pulled him over a number of times in the last year and who was definitely a meth addict. “Anyone with any sense knows he’s on it,” Alan said. “It’ll be cold and rainy outside, and he’ll be all hot and sweaty.” He returned everything to his wallet before returning a plate of fried shrimp to the line cook: “Santiago, mashed potatoes sin brown gravy, por favor.” Then he left me with a final warning: “Watch out for tweekers.”

When I returned to the room for my luggage I found a quarter-size hole in the wall below the window and thought, wow, I’m in the murderer’s room. But when I looked closer it wasn’t a bullet hole at all, just a nail driven into a spot where the plaster had chipped away.

Before leaving town I stopped at the Rotten Robbie, one of Santa Nella’s four gas stations. In Oregon where I live, the law states that paid attendants must pump your gas, so it was nice to stand outside in the cool California air, warm rays brushing my skin, and fill my own tank.

At 10,621 acres, the Kesterson Unit is the largest parcel within the San Luis Wildlife Refuge Complex. It sits eighteen miles north of Santa Nella, contains permanent and seasonal marshes, and hosts thousands of migratory Canada Geese and Sandhill Cranes annually. It was eleven a.m., and most of those birds would be leaving the refuge for the day by the time I arrived; I kicked myself for not waking sooner.

Inside, above the gray-haired cashier and over the entrance, a thick layer of photos of military men stationed in desert places decorated the wall. “These all people you know?” I asked.

“They’re all local boys,” she said, and pointed over the beeping register. “That there’s the manager’s son.” A tall blonde twenty-something wearing a belt of fifty-caliber bullets over his shoulder held up a handwritten sign that read “Live from Iraq.”

Just as the cashier handed me change, the door flew open and the ditched kid from Denny’s came barreling in, one hand over his mouth, the other cupping his chin. Frantic. But still with lots of swish in his step. “Did anyone come in here looking for me?” he asked.

“Asking for you?” the cashier said. “No honey, no one has.” The boy’s hunched, bony figure, so flat along the front that it verged on convex, resembled a teenage girl’s. “Is someone looking for you?”

“Um.” The boy tugged his lip. “I was sleeping in the back seat, and when my friends stopped here for gas I got out to use the bathroom. Then when I came out the car was gone.”

A man at the next register laughed.

“They left you here?” the cashier asked. “Where were you going?”

“From San Francisco to LA.”

The cashier’s narrow gaze shifted between me and the kid. “Well surely they’ll turn back for you.” Pale-faced with dark rings under his giant emerald eyes, he stared at us with the forced pout of a sad French actress. Each blink looked painful as sandpaper on sunburned skin. “Right?”

I asked if he needed to use my cell phone. “No, my boyfriend has one but isn’t answering it.”

Okay, did he think they’d eventually notice he was gone and turn around? “I don’t know if they even know where they stopped.”

It turned out that he had no wallet, no phone, only a calling card and a wad of crumpled bills, part of which he quickly offered to the clerk. “A pack of Black and Mild, please.”

“I can’t sell you anything unless I see an ID, honey.”

He stared at the clerk with eyes too wide to be sober, and I gave him one of my machine rolled cigars. “You too?” he asked, as if the odds of two different people being abandoned in the same tiny town at the same time weren’t infinitesimally slim.

He pulled his hair into a single brown braid. Despite his effeminate fidgeting, his tone wasn’t as fevered as you would expect a person abandoned at a truck strop with no money to be. I searched for worry behind his huge eyes, for signs of repressed tearful intensity, but they seemed only empty and green. I wondered if he’d gone into that bathroom to shoot up, or was maybe schizophrenic and hallucinating. Or maybe his friends meant to leave him; a hundred plus miles with a loud mouth can do that to you. “Ok, well,” he mumbled, “I’m going to use the payphone again,” and slipped like a fence lizard out the door.

A silence fell over the store, then the cashier snickered. “Did he say boyfriend?” And when I answered yes she laid her wrinkled forehead on the counter and laughed.

Back outside, washing my windows in the bright San Joaquin sun, a squadron of ducks passed overhead. Squawking as they soared, they flew low enough that the whoosh of their wing beats was audible over the throbbing pulse of idling semis. I turned around, and there, behind the building, arms folded across his chest, was the kid, sitting at a table beside the phone booth, smoking his cigar, waiting somehow to go home.

Aaron Gilbreath was born and raised in the refried bean belt of central Arizona and knows that the secret to great refritas is manteca. His work has appeared or is forthcoming in Glimmer Train, Opium Magazine, Slow Trains, Storyglossia, AntiMuse, Hamilton Stone Review, The Pittsburgh Quarterly OnLine and certain literary websites no one but his mom visits. He was a finalist in Glimmer Train's 2006 Short Story Award for New Writers. Most everything he owns smells like ferret.